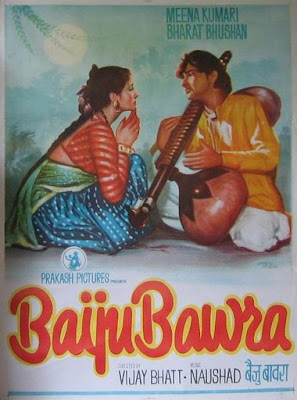 As a great lover of Meena Kumari, i knew i had to check out the film that made her a Superstar. Baiju Bawra is also the first film which was awarded the Filmfare 'Best actress' and 'best music director'. I watched this movie with a non bollywood fan and i was so surprised a) that he liked it and that & b) that he sat through the whole thing. So what is it about Baiju Bawra which is said to be based on the legend of Baiju Bawra from the Mughal times that gripped a non bollywood fan

Mian Tansen a well accomplished composer in the kings palace, orders the guards to maintain silence around the kingdom as he's composing 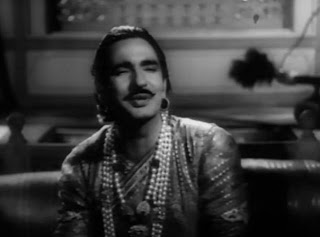 Young Baiju (Rattan kumar) and his dad who happen to be passing by in a praying singing troop, are confronted by the guards who order them to be quiet, Baiju's father refuses to be quiet saying 'Music should never be restricted'. One of the guards flings him and Baiju's father is seriously injured, before he dies he tells Baiju to avenge his death from Mian Tansen the palace composer 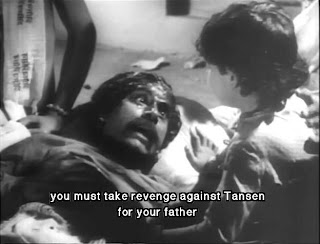 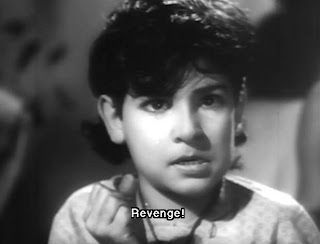 Baiju is now orpahned and is bitter and eager to get his revenge from Tansen, he meets Shankar (Manmohan Krishnan) an elderly man who takes him in, he also meets Gauri a lively girl who lives in the same locale. The two fall in love and Baiju is overcome by Gauri's love and forgets about his quest for revenge 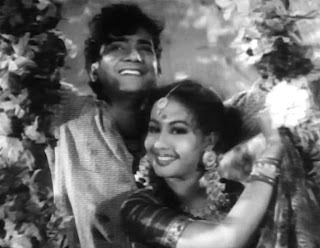 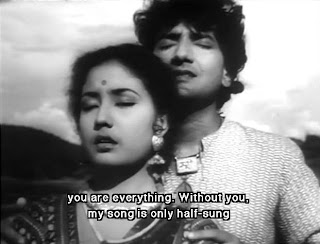 Word soon gets around that Gauri is dishonouring her father because of her relationship with Baiju (Bharat Bhushan) as she has been betrothed to another young man by the name of Narpat. Her father through Shankar eventually agrees to Baiju & Gauri's marriage when he discovers their passion for one another 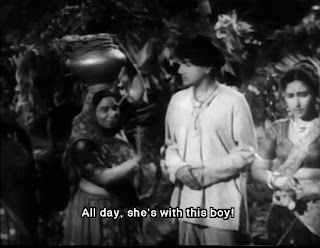 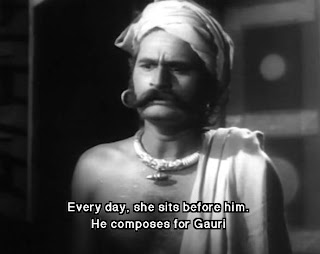 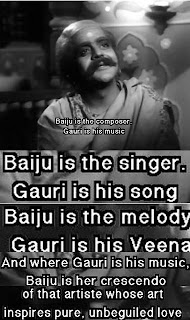 When stealing Bandit Roopmaji storms the village one day, she takes a liking to Baiju's voice when he starts singing, she decides to leave the village goods if she can take Baiju with her. Baiju leaves and promises Gauri he will come back for her 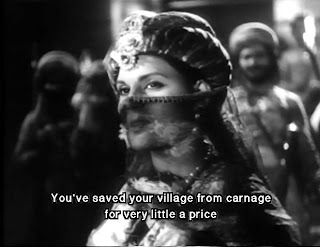 While away from Gauri, Roopmaji's actions raises the vengeful spirit in Baiju and he remembers his promise to avenge his father's death from the Tansen. Baiju then travels to avenge his father, when he's about to kill the Tansen he discovers cold murder won't do it but that he would have to challenge him in a sing off, after which if he outsings the Tansen, the tansen would kill himself out of shame. Thus the battle commences (in a sing off to give American idol and other singing reality type shows a run for their money) with the first out of the two to melt a marble in a glass of water winning. 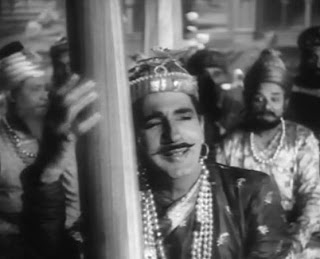 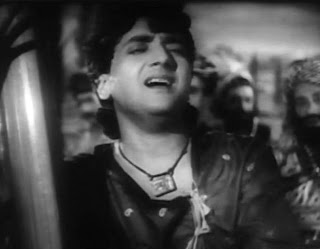 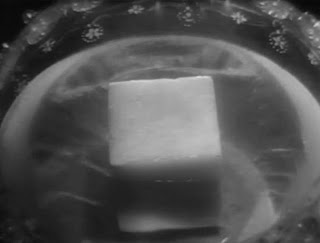 Will Baiju outsing the Tansen? Will he succeed in fully melting the marble with his voice? Will he be back in time to prevent Gauri being married off to Narpat?

This is one of the first movies that gave Meena the tragic diva tag i believe, she balances her role of being a sprightly fresh faced beauty to the distressed lover awaiting her lover's return effectively 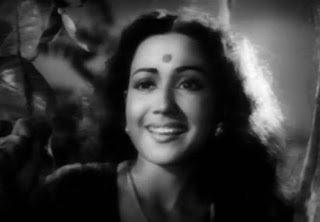 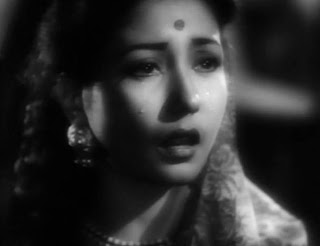 Bharat Bhushan was cute and adorable in his role Overall a wonderful film with romance, suspense, drama, great dialogues music (lots of classics here) and comedy all rolled into one, but although this movie had all these, the ending ruined it for me, however still watch it if you like classics and if you like films that have a bit of history behind them. At the heart of the film's theme is the powerful effect of music, how music can be very spiritual and passion/love's ability to tame.

The music by Naushad are classics and i was really gutted the GVI dvd of the songs came without subtitles but i really enjoyed Door koi gaye with Meena Kumari and her girl pals, Aaj gawat mann mero which Mian Tansen and Baiju sing for their sing off, and Tu Ganga ki Mauj (see below) which won Naushad his first and only filmfare best Music director award

Baiju Bawra needs to be remade for our generation. What do you think?

I love the songs in this film, especially O duniya ke rakhwaale and the way Rafi's voice soars higher and higher. And Meena Kumari looked lovely here. But the songs all sound so tragic and Meena Kumari is so sad looking in some scenes, that I have avoided watching it so far. Your review is making me re-think that!

Bhargav, definitely NO modern remake - NOBODY can give such sublime music anymore, and a remix would be crass!

bollyviewer, ditto about O duniya ke rakhwaale: very good song. I also like Tu Ganga ki mauj main Yamuna ki dhaara.
This is another of those films I'd seen a long time back on DD (I've not attempted to see it again, simply because I find it hard to tolerate Bharat Bhushan)! But maybe...

The bit of marble in the bowl of water looks like a lump of sugar... that should've been easy to dissolve! ;-)

Bollyviewer, there are a few directors like Gowariker, Bhansali, Chandraprakash Dwivedi (of Pinjar fame) who can make a wonderful remake of Baiju Bawra for our generation..and remix is definitely out of question.

@ Bhargav, i think the film should be left alone, i don't think it would appeal to anyone if it's remade + i actually hate remakes

@ bollyviewer it was impossible to know if the songs were tragic or not, the songs had no subtititles but the tu ganga and door koi aaje sound quite cheerful

Lol @ dusted off, it does indeed look like sugar :o)

I haven't seen this movie yet, but I've watched "Tu Ganga ki Mauj" many times. Meena is so beautiful in the boat scene! And I have yet to hear any Naushad music that I didn't like a lot (in fact I've gotten to love his music even more in recent months).

Any movie which utilizes a sing off as weapon of choice is tops in my book! I've never seen Bharat Bhushan before, but that last screen cap reminds me of someone current. Who could it be?

You and Bollyviewer are helping me be more open-minded on these oldies that are on black/white.

@ Richard S. Thanks for stopping by, she looks lovely indeed, it was refreshing to see a fresh faced young Meena as most of what i've seen of her until this were from her dark depressing days

@ Shell perhaps someone from the Twillight series

@ Nicki, I have come a long way myself, long gone are the days and times i judged a movie by it having Amitabh or Dharmendra or being 3 hours long any movie that wasn't 3 hours long i often considered dull and uninteresting

I love each and every song in this movie. I've not watched the movie though I've seen many songs on Rangoli on DD. I can't tell how much I adore the music of Naushad sahab in this classic. Thanks for sharing the review

great movie, great songs, o dunita ke rakhwale a song every singer try to emulate even in a non hindi speaking kerala, the charming bharat bhushan was fantastic and seemed to be the correct person for the movie,

@ Anonymous thanks for stopping by, i agree the song are great but i feel i would have loved this film more had the ending been different