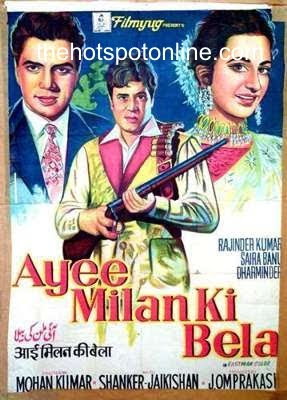 The final film in our Dharmendra week series of movies, is quite an unusual one as Dharmendra plays a villain in this one

Diwan Saheb's wife Pushpa (Mumtaz Begum) loses her child during labour rendering her childless for life, the nurse suggests Diwan Saheb ask their maid laxmi who had given birth to twins in secret (out of wedlock perhaps) for one of her kids to replace Pushpa's 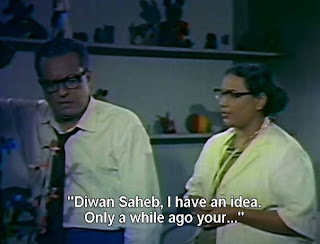 Laxmi is reluctant at first but she gives Diwan Saheb one of her kids when he explains Pushpa might suffer a shock if she realises the child she gave birth to didn't make it, Diwan makes her promise not to tell anyone about the matter. 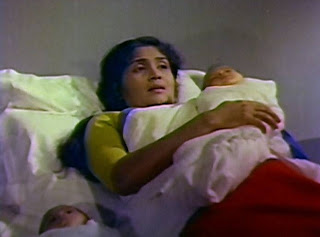 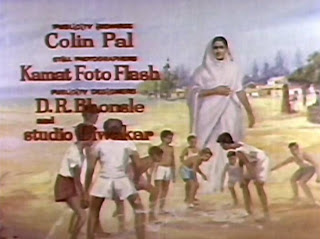 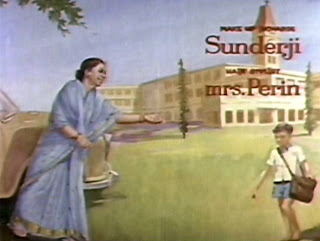 Shyam grows up to be a successful farmer, he meets and falls for Barkha (Saira Banu) the daughter of a wealthy investor who had introduced machinery to farming in Shyam's village 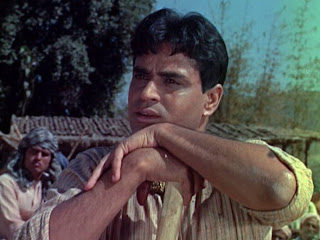 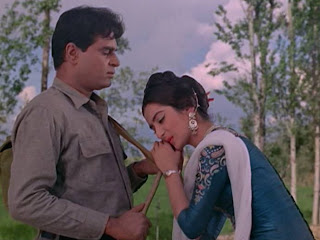 Ranjit returns from London and is appointed as General Manager over Mr Chaudhuri's business which Shyam also helps in running, unknown to Shyam & Ranjit is the fact that they are long separated brothers, they meet and they both form a deep connection with each other 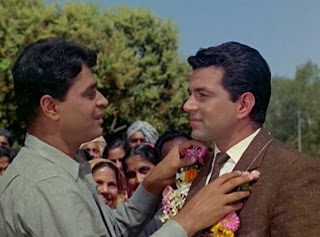 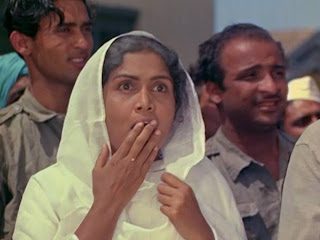 As time goes by Ranjit too falls for Barkha, when he realises Shyam is in love with her as well as Barkha's affections towards Shyam he starts getting jealous and resentment starts building towards Shyam 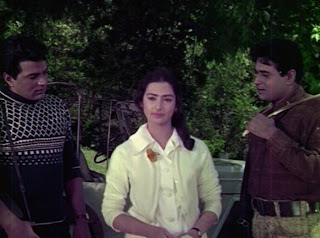 Rohanlal (Madan Puri) whom Shyam had caught stealing from the comapnay poisons Ranjit's mind furthermore, together they come up with a plan to frame Shyam 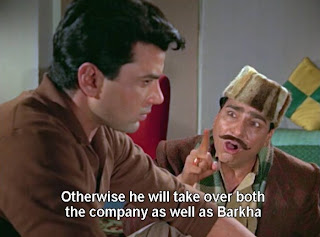 Shyam is then framed for stealing money from Barkha's father and accused of impregnating Rupa (Shashikala), understandably Barkha is gutted and things between her and Shyam go sour 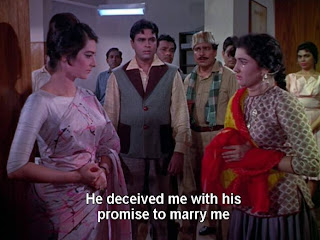 Overall a standard commercial enjoyable and watchable 60's bollywood drama, the songs are excellent and the story doesn't drag on, the only minor quip i have about this film is Dharmendra's villain act 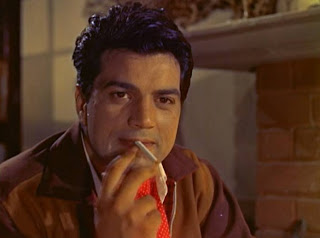 I was expecting some over the top evil scheming or plotting considering he's a villain but the script lets Ranjit's character as a villain down, as even his evil actions stem not from his own thoughts but from Rohanlal's maliciousness. As such Ranjit is more a character with a dark side or shades of grey as opposed to an outright villain, plus he didn't have as much screen time as Rajendra Kumar who was the central character 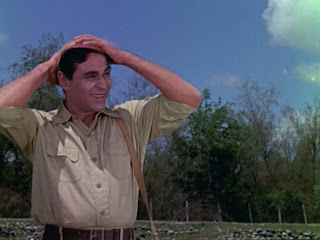 And i loved Rajendra Kumar in this, in fact i love him in most things i know some if not many people on the blogosphere find him a bit too much or overbearing but i simply adore his energy and his dramatic ways check him out in the scene below with Dharmendra 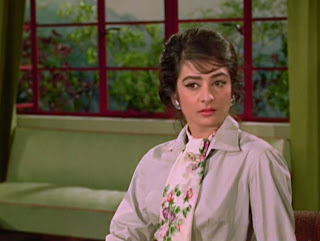 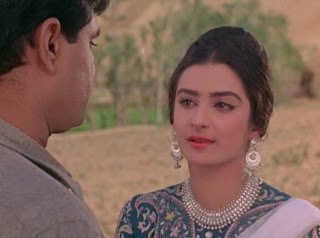 I absolutely loved Saira Banu in this, most times when i see her, she's always hyper or a bit too much but here she's restrained and as beautiful as ever


Ahhh i loved her cute litte dog too and i do covet that Radio, flask and briefcase 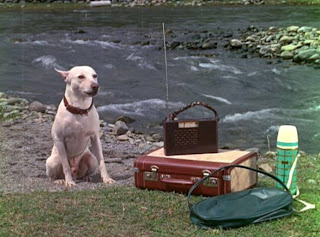 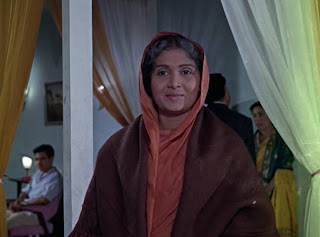 BUY DVD
Posted by bollywooddeewana at 17:46

Thank you so much for reviewing this one!!! I totally love this movie. I am a big fan of Rajendra Kumar. Nothing heroic about him - he neither had good looks, nor a great body nor he knew how to dance...but he was a great actor. And I find him very adorable. I actually even find him very good looking :-)
One thing I love the most about this movie is it's music. It has such amazing songs. Love O sanam (all gaga over Saira's yellow cap and Rajendra's dance in it), Tum kamseen ho , Ayee milan ki bela
Typical 60's movie with all the prevailing masala of that era.
Though Dharmendra was not an outright villian (little disappointing) but he was good in the little space that he got. And if looks could really kill, he would have definitely walked away with the best villian award ;-)

And oh yes, Saira is so sweet in such subdued roles.

OMGGG that kiss is sooo bromantic and i'm very sure Rajendra aimed for Dharam's mouth in some of that lolol~ Hai Ram! Lol to everyone's sympathetic expression as this pecking goes on! This seems a bit like Aadmi aur Insaan with the role reversal?

My main grouse with this film was that I didn't like the casting - I'd much rather have had Rajendra Kumar and Dharmendra switch roles! But the music is superb (my favourite is O sanam tere ho gaye hum), and Saira Banu is so lovely - a far cry (literally!) from her often screechy self.

@ Sunehri you're welocme i love Rajendra too, he is indded adorable, is shll be reviewing more of his works sometime

@ Dusted off It would have been a bit different if they're had surely done it like you said, but what peeved me off the most was my expectations of a larger than life villain character for Dharam

A very popular movie of that era. I had seen it at the Liberty Cinema in Mumbai (Bombay) where it had its premiere. I remember the enthusiasm and joy on the faces of the moviegoers outside the movie-hall (talkie).
Certain clarifications are in order: Dharmendra was just an upcoming actor that time. Hence the villain's role in the movie. But to an outsider, i.e. say a non-Indian such as Arab, it was a puzzle as to why the heroine ahould go after poor Rajendra Kumar leaving the handsome Dharmendra. Of course, they did not know the set up. Rajendra Kumar had become a Jubilee Kumar with one hit after another since 1961 and endeared himself to the movie buffs.

Run of the mill stuff it was this AMKB, but nevertheless was a great musical hit. It is also remembered as the last movie of Rafi-Lata before their patchup in 1967.

Thanks a lot for that additional info Nasir

Wow that is some serious kissing for a movie of its day and age! Saira Banu looks kinda left out! But yeah I saw this movie many years ago and liked Dharmendra in it and was somehow rooting for his character!

Pizza From Hot House provides our customers with an easy and secure way to order from our takeaway menu online. Safely pay via credit card.