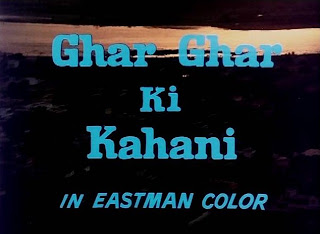 Usually films with kids can either fall into two categories, that of the super annoying kid a la 'Ginny aur Johnny' or adorable like those in social movies like Boot Polish. Ghar Ghar ki kahani is a lot more like the latter

Shankarnath (Balraj Sahni) a honest and hardworking family man is seen as a miser by his son Raju (Ramesh Kumar), when he refuses to pay for a trip to Ajanta & Elora 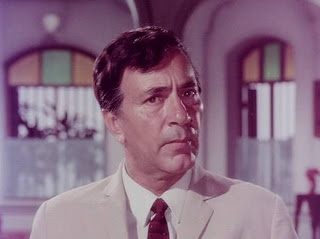 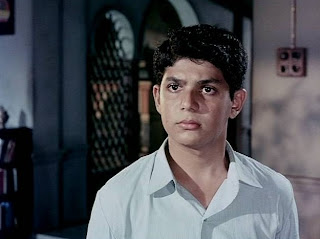 Its not only Raju has a problem with their dad's tight hand, his daughter Rupa (Neetu Singh credited as Baby Sonia) isn't too happy about not getting money for her dance costume, so is her little brother Ravi (Master Ripple) over not getting a new bike. Their mother Padma (Nirupa Roy) tries to appease them but these kids are having none of it 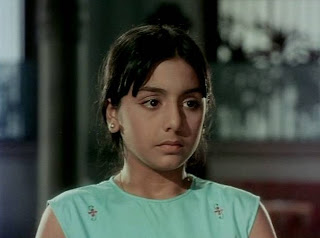 Neetu is so cute i see bits of Ranbir in her 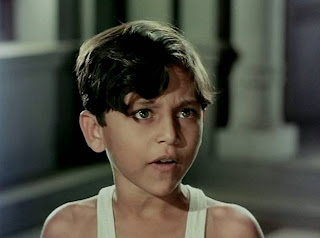 They all go on hunger strike as a protest against their father whom they consider to be a miser. Their father eventually cuts a deal with Raju when he decides to allow him run the household on his salary for 6 months, promising they can have all their wishes if he (Raju) manages to save.A delighted Raju accepts the deal 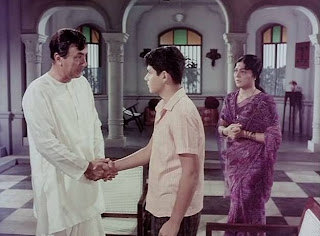 Ravi soon finds out that what a challenge saving is, and over time the kids soon realise the value of R600 and how hard it is to stretch. Thus they begin making cuts by sacking the maid, helping to do household chores and changing other bits of their lifestyles just to save money so they can each get what they want 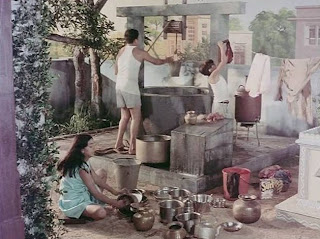 But life isn't that easy and various obstacles spring up when their mother falls ill and they have to buy medicines which weren't written in their budgets. Also uninvited free loading relatives turn up for Diwali, all of which eat into their savings 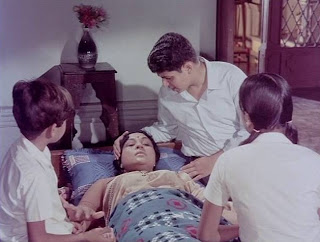 While Raju and his siblings are living on a budget and doing their very best to make their father's measly income stretch, a co-worker of their father Sadhuram (Om Prakash) lives a flashy lifestyle (which is funded by the money he receives from bribes, all of which help cater to his family's rather high taste) 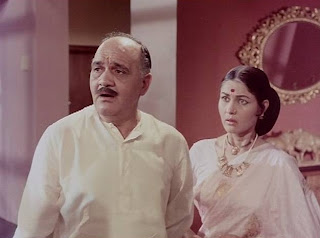 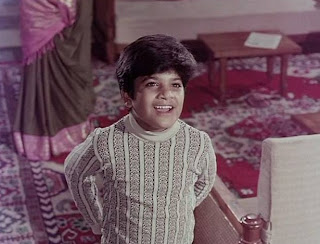 So will Raju manage to save enough to pay for his trip to Ajanta as well as pay for his sister's dance costume and his brother's bike? Will Sadhuram ever learn to live within his means and not accept bribes?

Ghar Ghar Ki kahani ended up being a sweet film with cute performances all around. I especially appreciated the child actors in this film, usually child actors tend to be very annoying in hindi films, but here they were restrained and I enjoyed the gradual change in their behaviour and attitudes towards  the value of money. Infact the morale of the film seems centred around the whole idea of living within your means and not 'keeping up with the Joneses'.

The ending left me a bit cold though, as I just couldn't help but feel dissatisfied that despite their sacrifices and well disciplined acts to cut costs, the lovely kids all  chose to forgo their wants all out of pity for their Dad's meagre income and living within their means. Yes all that is nice and fair but the poor kids worked hard too, and made considerable changes to their lifestyle just so they could save. Still though, don't let that put you off the film, if you enjoy your 70's style family dramas then definitely give this one a go

This film also had Rakesh Roshan in his first film role , he looked so handsome and I've finally seen where Hrithik gets his good looks from 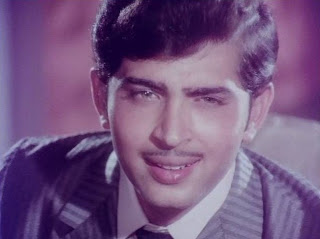 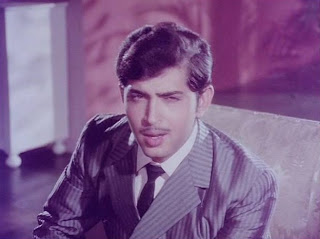 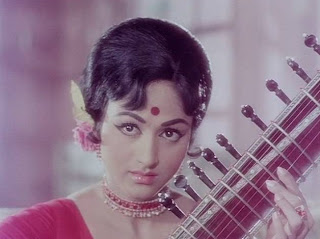 Lovely songs from Kalyanji Anandji, not up there with their classics but they're good and fitted the premise of the plot, there's a lovely parody song by Mehmood Jr. 'Aisa Banoonga' (Great performance from Mehmood Jr.) the beautiful 'aise na dekho' and 'suno sunata hoon' my favourite of the bunch and perhaps the best song in a mostly forgotten soundtrack is the wonderful 'Samaa hai suhana'

Posted by bollywooddeewana at 17:59

That sounds like an unusual Hindi film! Anything with children who aren't either syrupy-sweet or precocious and bratty, goes on my to-watch list. :-)

I love such films. Where the story is simple yet so sweet. Rakesh Roshan indeed was a good looking man and I love Samaa Hain Suhana. I have to see this one. For, if I liked Teen bahuraniyaan, I'm sure I'll like this one. I'm always game for social films :)

I must have definitely seen this movie but hardly remember anything which speaks for itself. Yes, the song SAMAA HAI SUHAANA is the best thing that happens to Ghar Ghar Ki Kahaani. There were so many such titles that one could easily get lost which is which.
Sharmi speaks of Teen Bahuraniya, and I say this is a much better movie what with the situational comedy integrated therein. The moral there is also subtle and sweetly done. Nothing weepy there.
BD, yes I see Neetu Singh in Ranbir, as much as you see Ranbir in Neetu Singh. About Rakesh Roshan, his wig has been the best kept secret all throughout, just as Raj Kumar pulled off his own.

This movie was made by B.Nagi Reddy, who also published Chandamama. So the last couple of pages in every Chadamama had a promo of this movie. Sama hai suhana is NOT forgotten, not by me at least. I love it.

I havent ever seen this movie, so I wonder how Rakesh Roshan fits in. Is he a neighbour or something?

Oooh Rakesh Roshan with his own hair!!!! I'd watch this film for that alone, but it seems like a very watchable film on other counts too.
What's with Balraj Sahni's fugly wig? Is it supposed to make him look young?!

@ dustedoff not so much unusual but restrained (acting wise) i would say, the kids here were all very natural and not so annoying with the exception of lets say Junior Mehmood, but his role as the wayward child required him to be so, i think you'll like this, its a small scaled film

@ The Bard Thanks, indeed immediate i heard it, i knew it must be a classic

@ Sharmi Yes its a swwet simple story i myself need to see teen Bahuraniyan,

@ Nasir Indeed Samaa hai suhanna is the most memorable song on here, and as for Rakesh's hair, i think it was still in its natural state here

@ bollyviewer lol you surely have a talent for spotting wigs, to be honest i didn't notice at all, and i'm still unsure if its a wig or not. Yes indeed its a nice film to watch, very much like the small Rajshri type family movies

This sounds cute! I love such small budget films, and that too when it has such great morale and kids who aren't annoying. I love Sama hai suhana but never knew it was picturised on Rakesh Roshan. Like Nasir said, there were so many movies with similar titles - Kahani Ghar Ghar Ki, Ghar Ghar Ki Kahani etc. I have seen a couple of them but haven't seen this yet.

Lol at all those other titles i'm well aware of the 1988 one of the same title but i don't know of kahani ghar ghar ki. Samma hai suhana was picturised on someone else, i don't know him but Rakesh Roshan was only present but he didn't actually do the lipsyncing