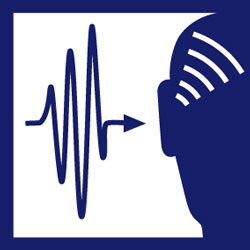 Earworms are basically songs that keep going on and on in your head, some of these songs might be right out annoying or sometimes they might be well composed songs that are very melodious, and just keeps going on and on in your head. Knowing there are millions of bollywood songs, i shall be picking the biggest bollywood earworms, here are the five for the week and in the next few weeks/months, i'll be bringing you the other parts

5. 'Tun Tunak Tun' from Hera Pheri (2000) This song is so infectious even though its not one of my favourites i can't ignore the Tun tunak tun bit


4. 'Just love me' from No Entry (2005) This one is equally hilarious, annoying and catchy. I love the way Salman goes a di di la da a adi di la da just love me'


3. 'Ilu Ilu' from Saudagar (1991) A well composed song and perhaps not as annoying as the previous two but the ilu ilu bit will keep playing in your head


1. 'Udi baba, Udi baba' from Vidhaata (1982) Even if you don't watch the other videos, make sure you watch this one. What a fabulous entrance, she came out of a gun, a GUN, this entrance as i've said on the youtube page for ths video, is right up there with Amitabh Bachchan coming out of an easter egg in Amar, Akbar Anthony. The song is a nice disco tune sang by Asha Bhosle, you'll go to bed singing Udi baba, Udi Baba and wake up the next day singing it

Posted by bollywooddeewana at 09:58

ha ha. Certianly potential to get stuck in that crevious I call my brain. What was with Rishi Kapoor and all those lady hands on him?
Out of all 5, the only one that is still in my head as I type is Udi Baba. Fun post!

I know right the Rishi clip is hilarious,i guess they just couldn't get enough of him..lol & I guess that's why udi baba is at No. 1 it had the same effect on me,when i first heard it

haha! Brilliant! Udi Baba rocks..the video is quite a stunner!

It is indeed Bhargav, i guess thats why it had to be No. 1