Janam Din Mubarako to me and Nutan

On previous years (see here, here and here) I have either posted a movie review or a magazine article. I was hoping to post a movie review but that would have to be another time, I do however have a lovely gift for all you Nutan lovers, its a lovely vintage poster print of  Baarish (1957) 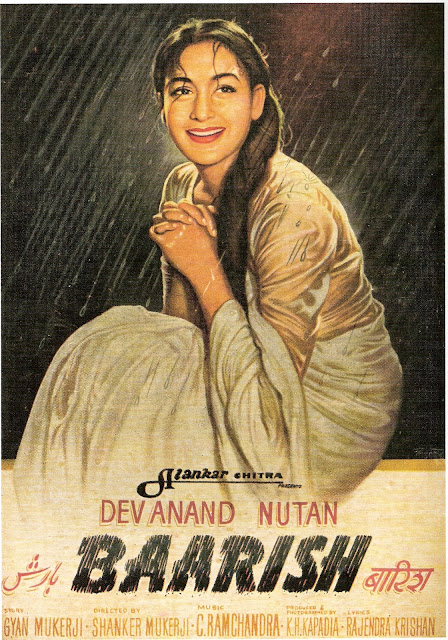 Happy 3rd Blogthday to me

Wow I can't believe its been 3 years since I started this blog, I haven't updated as much as I would have loved to in the last year, but I'm glad to still be in touch whenever it is that I do blog. I hope to post a bit more regularly, even if its with short brief posts.

Writing this blog has changed my life in so many ways than i can count, and I'd like to thank you all my readers, followers, visitors and admirers etc. who make it all worthwhile, here's to many more blogging years ahead!!

Posted by bollywooddeewana at 19:08 90 comments:

Email ThisBlogThis!Share to TwitterShare to FacebookShare to Pinterest
Labels: Blog Anniversary, Fan Post, Happy Blogging to me, Thank You 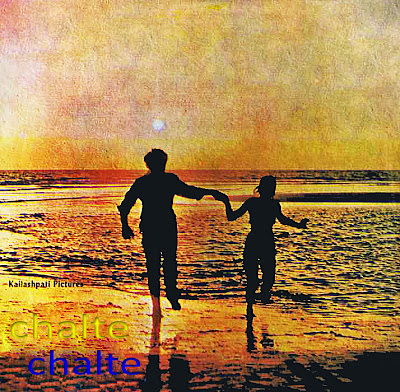 Rounding off the segment of significant films maybe not so much for their content but their soundtrack is this cult classic movie with a much sought after pre-disco Bappi Lahiri soundtrack. I love Bappi Lahiri in whatever shape or form and I know many tend to prefer this pre-disco era of Bappi, but I love the man in all forms, both in his pre and post disco era.

Our story begins with Gita (Simi Garewal) who confronts a young man whom she calls Anil claiming to be his wife. However the young man who she claims to be Anil is adamant he's not her husband, and states he is Ravi Kapoor (Vishal Anand) 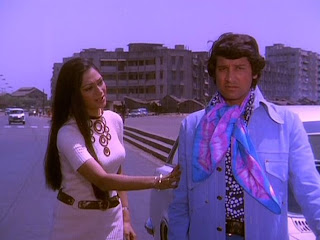 She persuades him to come home with her, where she claims she has pictures of both of them as a married couple. Ravi (or should I say Anil) reluctantly agrees to go home with her and true to fact, right there in her home is a picture of  Gita and a doppelganger of Anil 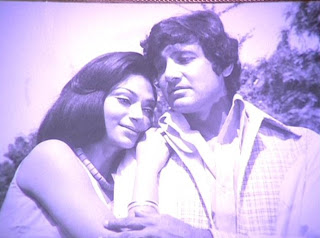 Despite all of her claims as well as proof of a picture taken of both of them, Anil still insists he's Ravi Kapoor 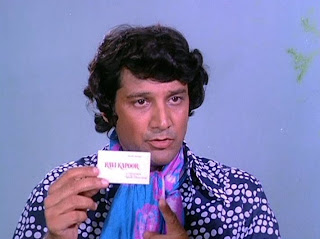 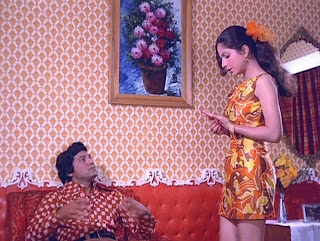 Not one to take no for an answer, Gita breaks into Anil's house & continues pestering him, he eventually declares furiously that he's not Anil and never will be, Gita is shattered and embarks upon committing suicide 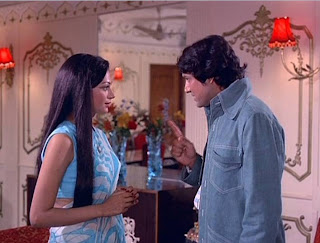 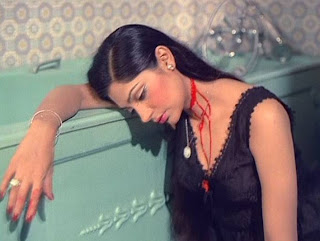 She's rescued on time but cops keep Anil in custody till they get a statement from Gita who's awaking from a coma, He's eventually bailed out by Asha his girlfreind and Gita is diagnosed as mentally ill 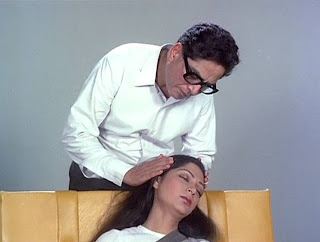 During treatment by psychoanalysis, she reveals how she had met a young man named Anil, fell in love, and then got married, only for him to be murdered on their wedding night 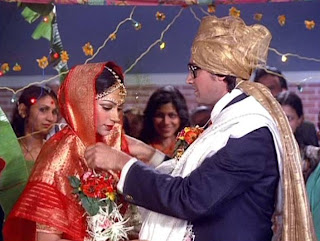 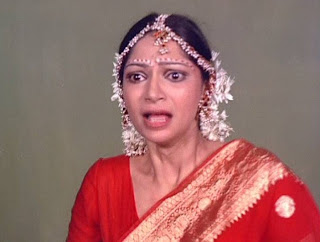 Did Anil really die? If not why is Ravi who looks exactly like Anil claiming he's not Anil? Are they Related?Will Gita recover from her mental illness? For this and many more reasons, feel free to dip into Chalte Chalte

To call this film camp or campy  would be paying it way too much of a compliment, this is a badly directed and badly written film with plot holes aplenty and a very incoherent story line, generally I don't seek after well rounded characters or good scripts when I'm selecting my movies as I love escapist fares, but this film just felt shoddy and lacked the finesse that might have made the plot holes and other mishaps forgiveable. 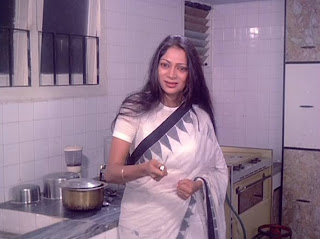 That said there are numerous things i enjoyed, like Simi Garewal's wacky and hammy act as Gita, her act as the deranged obsessive lover really puts Sharukh's act in Darr in the shade, her hammy acting actually helped me enjoy this film, plus she wore some interesting outfits which you can find over at my other fashion blog here 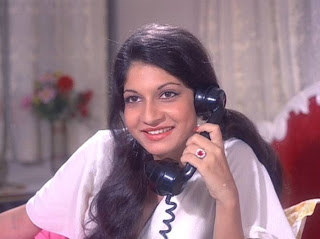 Nazneen the supporting actress was rather restrained in this amidst all the hammy performances, very little is known about her as I could barely find out anything about her from my research. She had some lovely clothes too which you can see here

And as for Vishal Anand who played the hero in this, I felt his resemblance to Dev Anand was uncanny and true enough when I did some research, I found out he is indeed Dev Anand's cousin, he even has some of his uncle's mannerisms (see images below) but alas he lacks the acting skills of Dev Anand. 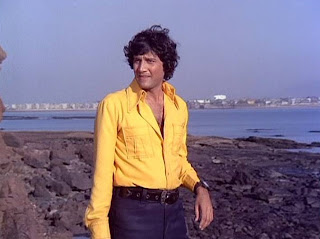 His act as Anil/Ravi was extremely wooden  but one thing I'm grateful to him for, is for having one of the 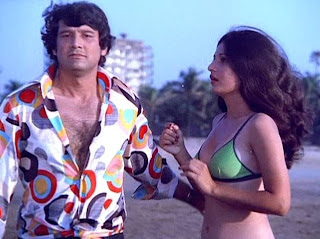 snazziest collection of shirts I've ever seen on a bollywood hero, see them over at my fashion blog here

Also quite impressive was the Art direction in some scenes like those I'e screen capped below, J'adore!!!! 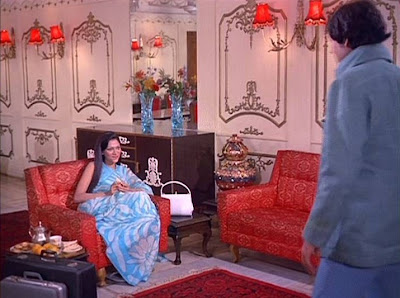 
and the breezy 'Jana kahan hai'