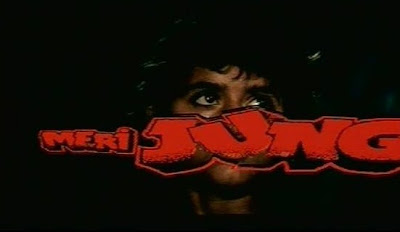 As a great lover of Anil Kapoor , i'd read him describe Meri Jung as an highlight of his career in an interview, thus i knew i had to check it out. Meri Jung was directed by Subhash Ghai and the music of the movie was by Laxmikant Pyarelal.
Meri Jung tells the story of Deepak Verma, an innocent man who's being framed for murder which is punishable by death in the gallows. Deepak has a wife Mrs Verma played by Nutan Behl and two kids Arun (Anil Kapoor) and Pinky ( Khushboo). G.D Thakral (Amrish Puri) is the corrupt lawyer who has been bribed to ensure Deepak Verma is sentenced to death 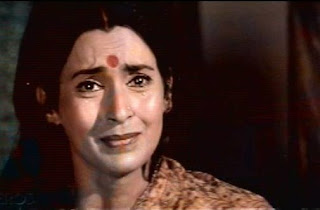 Mrs Verma is distraught with the possibility of her husband facing the gallows and she decides to go and persuade G.D Thakral to at least sentence him to life in prison rather than have him killed, headstrong G.D Thakral refuses and then tries to seduce her, a furious Mrs Verma gives him a hot slap, curses him and tells him that one day his bad deeds shall catch up with him, and he shall beg for mercy but find none 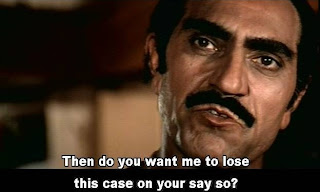 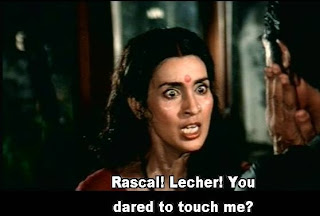 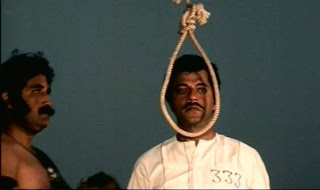 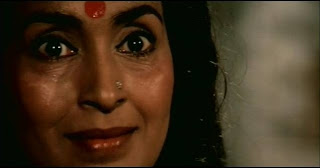 The kids fend for themselves and Arun grows into a very successful lawyer who's very passionate about his work, he also reviews and follows G.D Thakral's court cases secretly hoping to expose him someday as a corrupt Lawyer. His sister Pinky is a student at college 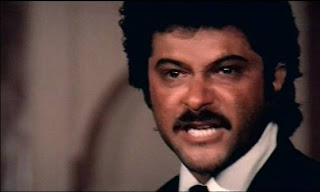 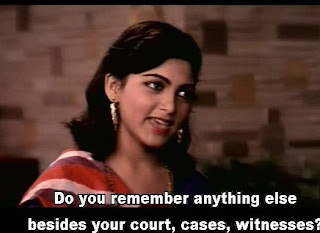 One day a case which has been thrown out by lots of lawyers gets to Arun, the client Geeta (Meenakshi Sheshadri) wants Arun to defend her sister who's been framed of poisoning a patient
Arun is reluctant at first saying lack of witnesses makes the case implausible, Geeta persuades him and begs him that failure to help could mean that an innocent person would be sentenced for life. Arun remembers his father and how he had been wrongly sentenced and decides to defend Geeta's Sister, and then wins the case. 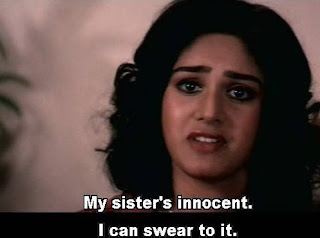 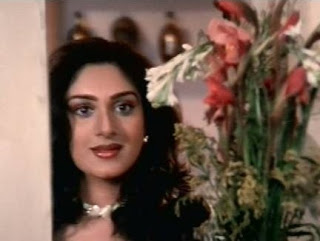 Arun's sister happens to be in the same college as G.D Thakral's son Vikram (Javed Jaffrey) who seems to be like an extra from fame [wish i had a screen grab of him doing one of his hilarious break dance moves]. One day due to a clash with Arun he decides to get back at him by dating his sister Pinky who also falls for him. Arun and Pinky clash over her love interest and she desides Vikram's the one for her . One day one of his old flames confronts Pinky and warns her about Vikram, telling her he's a good for nothing and how he had deserted her, Vikram gets angry and stabs his ex to death. 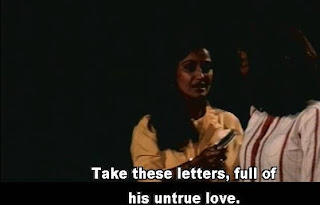 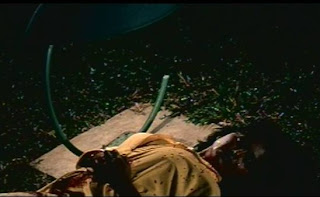 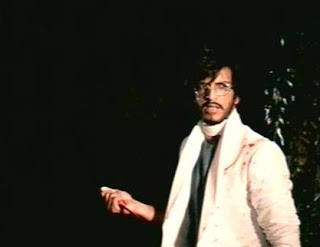 He gets caught in the act and a big showdown court battle begins between G.D Thakral who has to defend his son from death in the gallows and Arun who has been waiting a lifetime to avenge his father's death 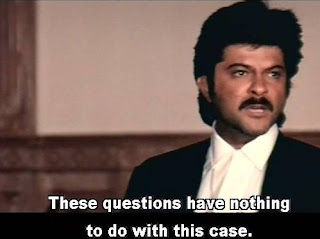 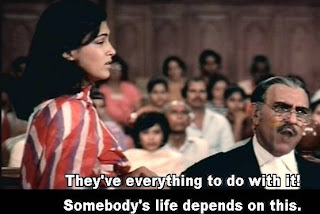 Who will win in the court showdown? Will Arun & Pinky get reunited with their long lost mother? What mischievious schemes will G.D Thakral plot in order to prove his son's innocencence?


Overall Meri Jung is worth watching and quite entertaining, the ending let it down a little as it dragged on a bit too much for me, also i was expecting a huge verbal showdown in the final scenes but I was a bit disappointed with the way things went. The music in the film is good from the fun Bol baby Bol Rock n' Roll' complete with cars with rock n' roll spelt on top of them
with choreography that gives grease a run for its money to the haunting 'zindagi har kadam'.
You can watch the whole movie with English Subtitles in 16 parts on Youtube

This looks very interesting... Subhash Ghai is one of those directors I'm very ambivalent about - I like some things about his work, other things... not so much! I do like Anil a lot, so I will definitely check out 'Meri Jung' - thanks for the review.

You're welcome Daddy's Girl. I know what you mean about Subhash, i love all his '70's and 80's movies, but i have mixed feelings about the more modern ones

if am not mistaken,it stars girish karnad as well!!..else,"zindagi har kadam,ek nahi jung hain" still rings in my mind!!..

Thanks The bard, it does indeed star Girish mnd no one would ever forget Zindagi hai kardam after watching this film as its played numerous times in the film