Bhagyashree, is that you? Wow 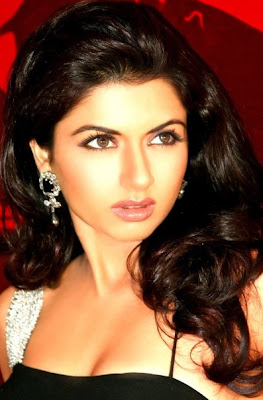 Found these recent picture of Bhagyashree form a recent photoshoot and might i add, she's not looking bad for 40, even though i know that picture has been mightily airbrushed. Bhagyashree is one of my fave bollywood actresses she stole my heart ever since i saw her in MAINE PYAR KIYA, her career never really took off after Maine pyar kiya as she got married and insisted on doing roles only opposite her husband, however she made a comeback in 2006 ,and has since been doing one or two movies a year. She was also recently on the Indian dance competition show Jhalak dikllla laja

As a tribute to Bhagyashree, i've included a video of one of my best songs from Maine pyar kiya below, make sure you check out her smooth moves at about 04.19 :0)
Posted by bollywooddeewana at 04:18

And know what? She lost the competition. And Juhi Chawla-one of the judges, quoted that 'thank god, u quit the industry at that time. Otherwise it was tough for us to survive !!'
Indeed, i saw her some performances and she was flawless.

Yeah, she appeared on Jhalak Dikhlaja (Indian version of Dancing With the Stars), but sadly she got eliminated the very first week :(

She was looking stunning! I hope she comes back with the wild card entry and back to the movies too!

Wow! She looks great!!!! I think she just gets better looking with age. She's been in some TV serials in the last few years (the usual soaps) and looked lovelier than any of the other younger actresses there!

Really i've heard about the Tv soaps and i think theres one available with subs at Induna, i should check it out as i'm a big fan

She's so great in Maine Pyaar Kiya. Even I miss her, and I hardly know anything about her! :)

she looked very cute in Amol Palekar's serial Kachchi Dhoop where she was cast opposite Ashutosh Gowariker. Both looked very good together.

@ Harvey i've heard about that serial, but i don't think i'll ever get round to see it, I wish she stayed in films a bit longer