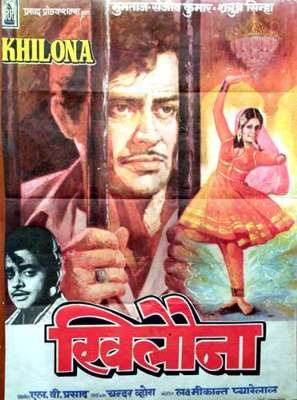 Having known Mumtaz for a quite some time and having seen her in a few movies, i never really though much of her, all that changed when i saw her in Khilona (Toy), and i'm now a Mumtaz lover. Khilona (Toy) became a box office hit and was awarded the filmfare Best Movie and also got Mumtaz her first and only filmfare 'Best Actress Award' award

Chand (Mumtaz) is a courtesan who sings/dances to the Ghazals of her favorite poet Vijay Kamal (Sanjeev Kumar). One day Vijay's father Thakur Kamal visits Chand and tells her that her beloved poet is mentally ill, and that there might be a good chance of him being cured if he marries a young woman. Chand is persuaded by Vijay's father to play the role of a pretend wife till Vijay gets better 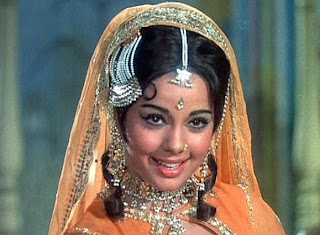 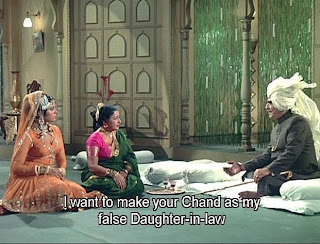 When she gets to Vijay's house she's given the cold shoulder by his family members except his father. A fake wedding is set up for Vijay & Chand, but on the wedding day he finds out he's been deceived and he disrupts the ceremony 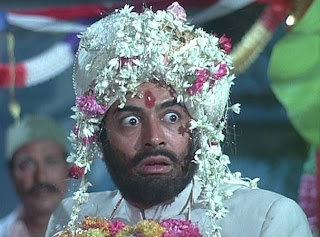 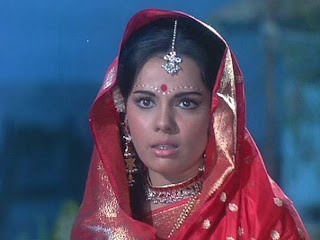 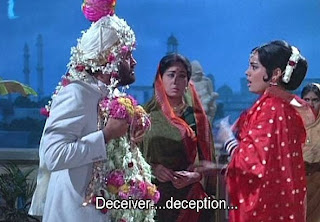 Chand later learns that Vijay had lost his senses when his love Sapna had been forced to marry Bihari (Shatrughan Sinha). Bihari out of spite had invited Vijay to their wedding, to which a heartbroken Sapna then committed suicide, upon witnessing her suicide Vijay went mad and his parents refusal to send him to a mental institution means he's locked up in a room outside the family home 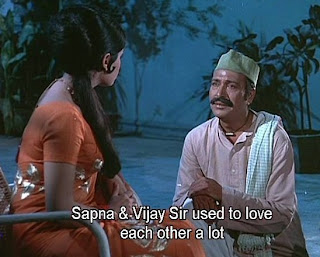 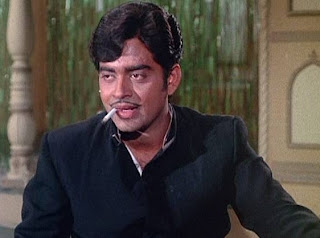 Chand continues to make an effort with Vijay, talking to him and trying to relate to him hoping to bring him to his senses. One day he turns around and rapes her, following the rape Chand yells at him and calls him a beast and a sinner, this creates a new dilemma for Vijay as all he sees/hears whenever he looks at Chand is anger and disgust, also Chand is now carrying his baby 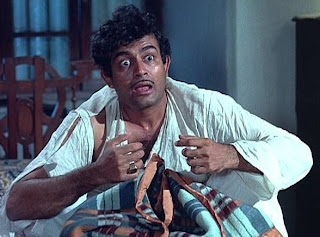 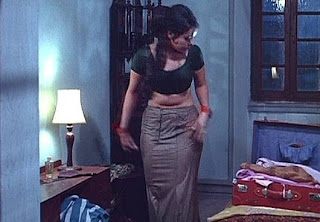 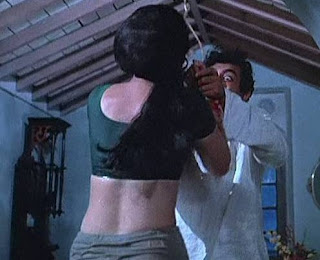 Will Vijay ever come back to his senses? If he does, would he remember Chand? Will his parents ever accept Chand as their daughter in law?, Will anyone believe Chand is carring Vijay's baby? Watch Khilona to find out

Khilona is a thoroughly enjoyable drama, a bit implausible in parts and the comedy by Jagdeep gets a bit annoying but he did make me laugh for the most part of it, but these are minor pickings in this powerful, poignant melodrama which highlights issues of hypocrisy, and the use and dispose habit of mankind, a message perhaps ever so more relevant to the use and discard culture of our times. Sanjeev Kumar really plays the mad man well and his mad man antics
had me in stitches 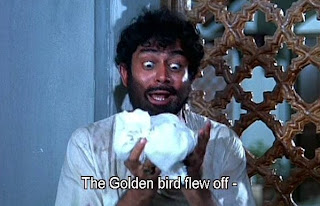 Mumtaz as i've said won me over with her performance in this film, and i can't wait to watch more films with her in it 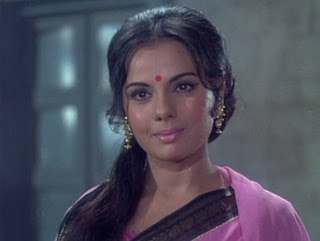 The music by Laxmikant Pyarelal is fabulous from the playful fun Rosie Rosie with Shabnam and Jagdeep doing a cute rock and roll type dance in the park (i love Shabnam so much, she's hilarious in the clip) 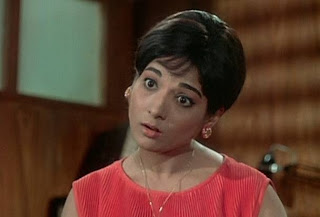 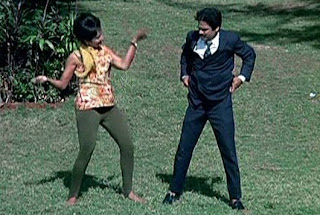 the wonderful classic Khilona Jan kar tum ko (see below) which was featured in the Mr.India parody song it can be heard at about 5.34 in the parody song clip here

and my favourite has to be the super HOT mujra sanam tu bewafa that will surely get you dancing in no time, come on, kick off your shoes and have a jig to this

Khilona is available in 16 parts with English subtitles on Youtube
Posted by bollywooddeewana at 16:12

Thanks for the wonderful review & gorgeous caps. Mumtaz is soooo gorgeous! I haven't seen many of her films but she is so stunning. I have to watch this!

I think you'll love it, the songs are very good and its very dramatic, i thrive on drama

I am a fan of Mumtaz, so obviously I like all her films. You can know about her more at www.mumtaz.in.

All the courtesan movies are very tempting!

Ah, I couldn't see any of the pics. Too bad. However, I was able to watch 'mujra sanam tu bewafa'. I nearly bought a set of bells this past weekend, though I doubt I could dance like Mumtaz (who is astonishingly beautiful for sure).

@ Bhargav This isn't a courtesan movie like Pakeezah,Umrao Jaan etc. Its more family drama, it just had Mumtaz as a courtesan at the beginning

@ Shell i know , she moves so well,this is one of my favourite courtesan dances

This was one of the first early Sanjeev Kumar films that I saw... his acting's superb. And Mumtaz has long been a favourite of mine: she's so bright and bubbly (at her vivacious best in Aadmi aur Insaan, I think, though in Khilona her role's quite different). If I'm not mistaken, wasn't Ramesh Deo in this film too - seem to remember him as a rather nasty character.

Yes Dusted off,Sanjeev kumar was indeed superb in this and Ramesh Deo was his evil greedy brother, Mumtaz was quite bright and bubbly here too but due to the plot she also had to be sad & pitiful at times,thanks for recommending Aadmi aur Insaan, i'll definitely check it out

@ The Bard, it is i remembered it instantly from the Mr India Medley