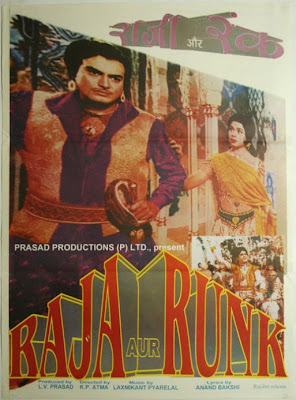 Mark Twain's the Prince and the Pauper gets bollywoodified in this fun, camp, highly entertaining movie with great melodious songs

Two boys are born simultaneously, one at the kings palace and one by a poor family comprising of Shanta (Nirupa Roy) and her husband Hariram (Ajit) . Following the birth of the prince at the palace, the Queen dies, leaving the prince motherless 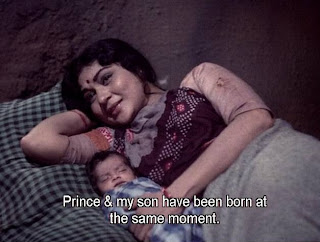 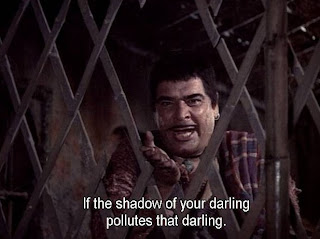 Both boys grow up with very different lifestyles, with the poor boy living a more adventurous lifestyle albeit with a dad who is very controlling and a drunkard and a hardworking mum and sister Sujata (Nazima) a toy seller. The Prince lives a very sheltered life, and he's given the responsibility of running the palace 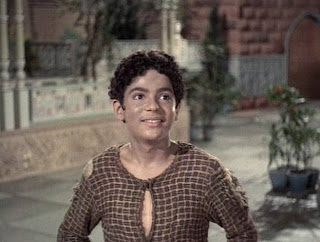 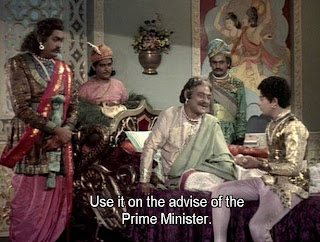 One day the two boys come in contact when poor Raja is rescued from being beaten by Prince Narendradev. When the Prince hears about how exciting life on the outside is, he comes up with the plan that they both swap places 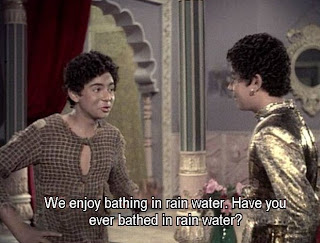 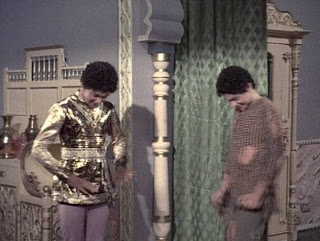 After the swap both Princes are considered mad in their new respective homes as they both try to prove they're the oposite of who everyone presumes they are, the king is very worried about his son being mentaly ill, and soon after he dies. When the Kings official Vikram (Kamal Kapoor) comes to know of the swap, he decides to kill them both so that he can have the throne to himself 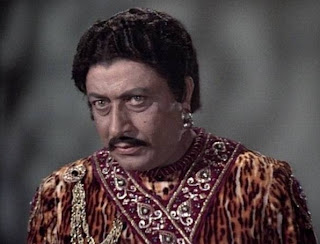 Sudhir (Sanjeev Kumar)who Vikram had tried to kill as a child, is found to be alive and he's also a close friend of the poor Raja, when Vikram finds out, he sets him up to be accused of a crime he didn't commit 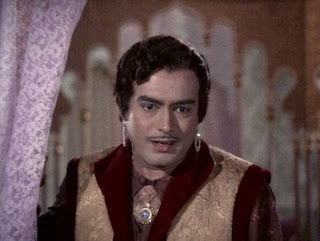 Will the Princes ever go back to their positions? Will Vikram Succed in killing them both or will he manage to kill just one? Watch as the action unfolds in this delightful, entertaining movie

Perhaps one of the best adaptations of the Prince and The Pauper, Mahesh Kothare who plays the Raja aur Runk (Prince and the Pauper) is fun and delightful to watch, so is a fresh faced and charismatic Sanjeev Kumar , and the feisty Kum Kum and Nirupa Roy at her motherly best 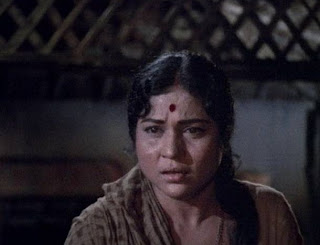 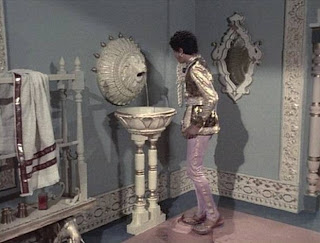 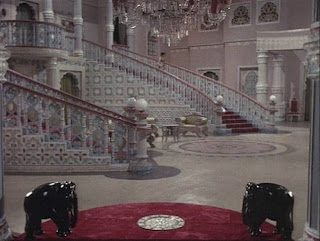 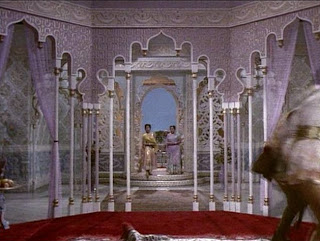 The songs of the film scored by the fabulous Laxmikant Pyarelal are fun, catchy and very memorable, from the superb 'Mera naam chameli' which was parodied in the Mr India Parody song, the colourful Holi song 'Sang Basanti' , the sweet 'tu kitni achhi hai' and 'O Phirki wali' which i have to say is one of my favourite Sanjeev Kumar songs
to the haunting 'Mere raja Mere laal' (see below) which is my favourite song picturised on Nirupa Roy

Tota Score:7/10 ( An Entertaining and delightful Movie)
Posted by bollywooddeewana at 11:32

I acquired this a while ago but never managed to finish watching it. Mahesh Kothare's ridiculous wig (and Sanjeev Kumar's, too) kept getting in the way of my enjoyment. Things got worse when the Raja-pretending-to-be-Runk suddenly burst forth into a song sung by Lata (he had a perfectly male voice throughout!) - a song that I've always liked but never realised its setting! The Sanjeev-Nazima number O phirkiwaali tu kal phir aana is one of my all time favorites, though, and the main reason why I bought this (apart from Mark Twain's story). But I must say that I much prefer the Errol Flynn version.

I've heard so much about this film but wasn't sure to watch it. I think I would just to see the adaptation and the screen caps are beautiful, making me more curious!

You're too funny bollywiever Lol, i actually didn't mind the wig, afterall it's a costume drama, the Lata singing didn't bother me either
I haven't seen the Errol Flynn version hence i can't compare. But this one is entertaining in its own right

Nicki its fun and entertaining, you'll probably like it, if you like the Prince and Pauper story

I agree with bollyviewer, I prefer the Errol Flynn version, even though I have seen this one (and despite Sanjeev Kumar, whom I generally like a lot - somehow I didn't like his moustache and his glittery clothes in Raja and Runk!) But I do like the music in this, especially Mera naam hai Chameli: awesome. I remember having read somewhere that some people from Bikaner sued the filmmakers (or was it the lyricist?) because the song implied that maalans from Bikaner were iffy on morals. LOL.

This story has been done so many times in so many ways - I even saw it done on the Simpsons, but I imagine no one will have done it with such style! I am stunned, blown away, amazed at how beautifully crafted the sets are! This palace is straight out of a dream. Truly amazing!

@dusted off thanks for sharing that info never really heard of Bikaner till today. I probably also have to try and get Errol Flynn's version since you and bollyviewer say you prefer it

@ Shell trust '60's bollywood to come up with the fab interiors