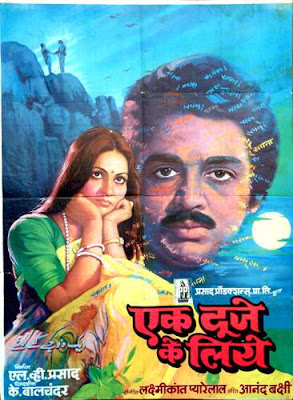 Ahh the '80's, often reviled and termed a bad period in Bollywood, however upon careful inspection there are lots of lovely great movies, Ek Duuje ke liye (Made for each other) is one of them, a love story with a difference as it blends in romance, great chemistry between the lead actors and perfect comedy timings.

Vasu (Kamal Hassan) a tamil man from southern India moves to Goa City to live with his parents, he meets Sapna (Rati Agnihotri) a North Indian woman, who is his neighbour. Although they find it hard to communicate at first due to the language barriers, they soon overcome this and a romance starts between the two of them 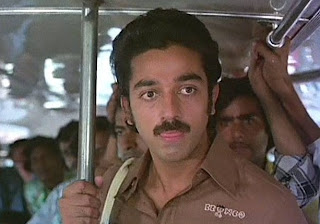 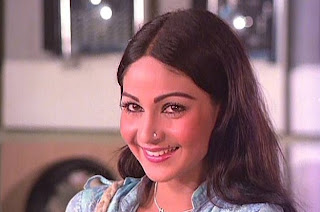 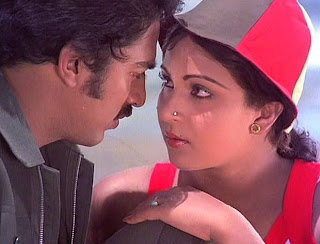 Both their parents argue constantly, with the bone of contention mainly being their different south/North Indian divide, especially with Sapna's Mother (Shubha Khote) 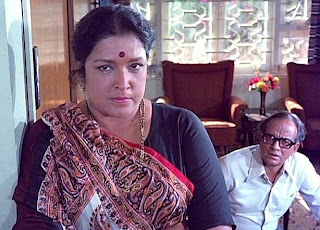 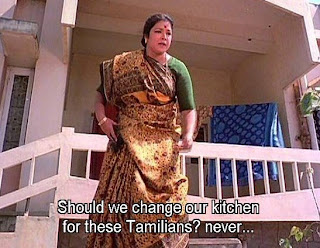 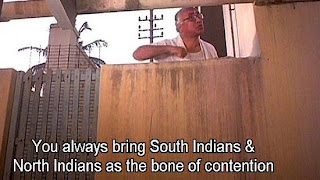 When their parents learn of Vasu & Sapna's romance, they aren't happy and attempt to break them up, the two lovers resent this but eventually agree to a contract with their parents that they would stay apart for a year without any contact whatsoever, Vasu moves away to Hyderabad and during their months of seperation both their parents try numereous schemes to disrupt their love for each other 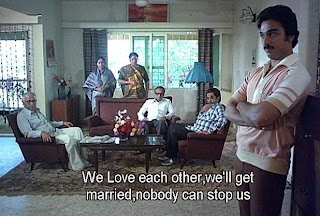 Will their love withstand this test? What schemes will Sapna's mother come up with during their time of Separation?

I totally love this movie and it's definitely among my all time favourites, as i've said above, the great chemistry between the lead actors, great comedy timings especially Kamal Hassan's English dialogues and his little quirks had me in Stitches. I also loved the unconventional ending, although at first i found it somewhat disturbing, but eventually i found it necessary to drive home the message that LOVE should always prevail over class, race, caste & religion, and i applaud the director K. Balachander for going with the unconventional ending at the time and not bowing to pressures to change it, as he had been advised to. Kamal Hassan gives a great passionate performance and i'm a lifelong fan after seeing this movie 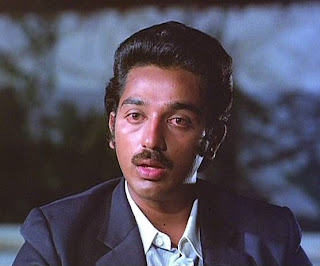 and Rati Agnihotri whom i just love was so natural and expressive, she's definitely one of my favourite actresses 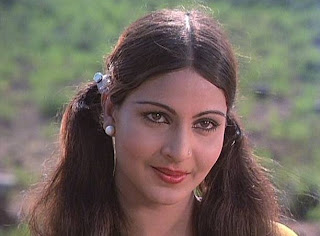 Shubha Khote is fantastic as the wicked mother and the rest of the cast also give great performances, Other things that stuck in my memory include Kamal Hassan's fabulous Bharatanatyam dancing which i tried very hard to recreate on my own, and passionate scenes like Sapna mixing a burnt picture of Vasu into her Tea drinking it and then licking the tears off her face, to spite her over controlling mother 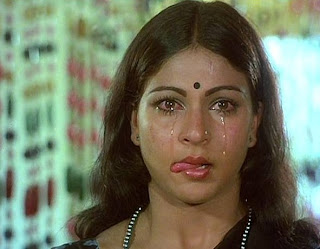 The music by the incredible Laxmikant Pyarelal is fantastic as usual, from the haunting soulful 'Tere Mere Beeche' which was featured in the Mr India parody song to the catchy 'Hum Bane Tum Bane' and Mere Jeevan Saathi which will get every true blooded bollywood fan in stitches, as it references a lot of movie names. For a bit of bollywood trivia, have a go and see how many movie names you can pick out in the video clip below


Total Score: 8/10 ( Entertaining and highly enjoyable love story with a difference)
Posted by bollywooddeewana at 06:47

Very memorable movie. I remember the ending very clearly, watched it when I was a kid..around 5 or 6 I think! Good songs too.

Hmm, I remember watching this film when it was first released, but somehow didn't like it much. I suppose the end put me off (I was still too young to appreciate the importance of an offbeat end), and Kamal Hassan has never been one of my favourite actors - I liked him in Pushpak and perhaps also a little bit in Sagar, but that's about it. I guess I have to see this film again!

One of my faves growing up. Definitely the best from the Romeo-Juliet era. It also confirmed my love for Kamal & Rati. Did you know this movie is a remake of Kamal's Telugu film, Maro Charitra, involving a Telugu and Tamil conflict. :)

In 10 years, you'd think they'd have to make a couple of decent 80's films. I don't know how I'm ever going to catch up on the ones I already own with all these great recommendations!

Also, who'd have thought there were other things you could do in an elevator other than....... never mind!

@Bhargav I totally love all the songs, in fact i would call them great Hum Bane Tum Banae is always in my head when i think Bollywood

@ Dusted off you really have to see it again,you might like it even morenow tahtnks for recommending the Kamal movies, i'll be checking them out

@Nicki yeah i know, have you seen the original telugu film, how is it compared to this one

Lol Shell, you're so funny, try watching all the ones you own first or try renting before buying just to test ground, thats what i do for movies from a particular era i'm unsure about

Pushpak is especially worth a watch - it's a silent film, and with a very action-packed storyline. Great fun, and very clever.

Just wanted to add a few titibits which I knew:
When this movie was made..L.V.Prasad(producer) was asked to show this movie to Raj kapoor for (he was the ultimate showman in Bolywood) his comments on what he felt on the movie..After the screening,he said that this movie will be a hit if you change the ending as Indians do not like lovers to die & want a happy climax..L.V refused & insisted on keeping the climax & he was proved right..
Also we had a flood of "Vasu-Sapna " scibbling on walles,buses..if anyone remembers...

@ Ramesh even though i hated the ending at first i warmed to it eventually and as usual i enjoy all this additional tales you give about movies, keep them coming :0)

d irony is tat even now in mumbai south indians are still referred 2 as "madarasi's" though there are others apart frm them..was it due 2 tis movie i wonder ;)

Hmmm who knows, the standout track for me is Tere Mere beech main plus i just loved Rati-Ji so much in this film

I saw it when it was relaeased in the theatres. It was a great hit. I remember everybody was comparing it with the Tamil original.
I myself thought it was like ... you know overboard, but just didn't dare say this. Otherwise my sis would have killed me.
Some people say that there is an alternative happy end to the film as well.

@ Harvey It was indeed a bit overboard but then i've heard it was inspired by a couple of lover suicide stories plus the songs are amongst my all time faves, that alone makes up a great deal

Watched the movie in u tube. Awesome