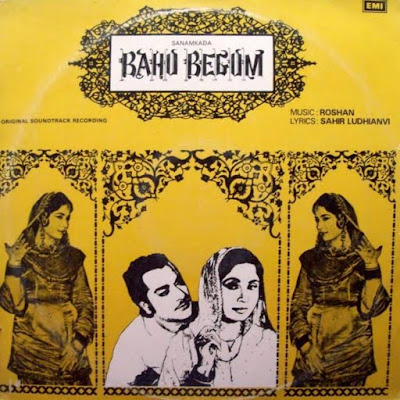 I seem to be on a Ashok Kumar roll recently, never has he looked so handsome as he did in this lucknow Muslim social , i had to stop myself and ask is this really Ashok Kumar 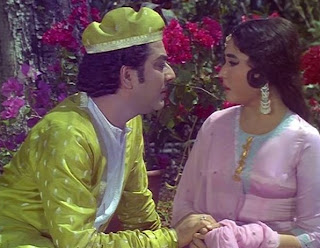 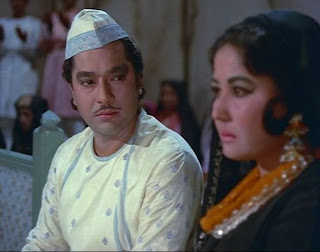 One day following a chance meet at the market Nawab Sikander Mirza takes a liking to her, he inquires about her family and then asks for her hand in marriage from her father to which her father agrees 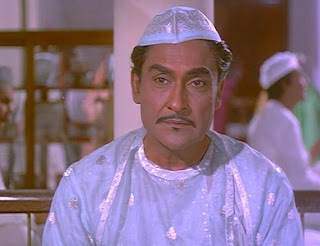 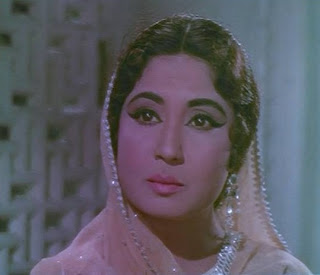 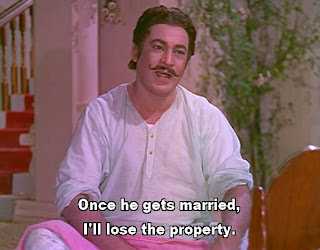 Zeenat is excited about the marriage but finds out on her wedding day that she's marrying Nawab Sikander and not Yusuf, she's heartbroken 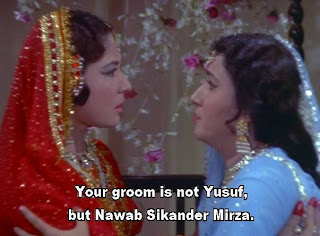 When Zeenat doesn't show up for the wedding her father in order to save face and protect his honour asks her friend to stand in for her, he then sends a falsely loaded palanquin to Nawab Sikander Mirza.When the palanquin gets home Nawab Mirza pretends all through that his wife had actually arrived all in the name of preserving his honour 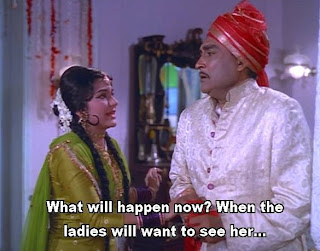 Zeenat then goes to Yusuf's palce where his wicked uncle poisons her mind telling her Yusuf is a dishonest man, shes disillusioned by his uncles allegations 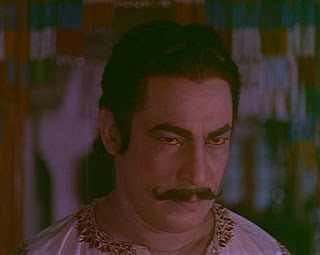 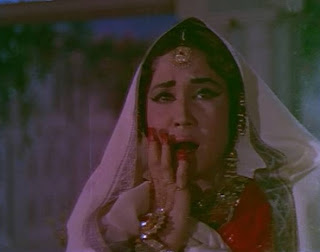 When Zeenat finally turns up at home her father holds her in shock for dishonouring him, she faints on her escape and she's helped by some courtesan's passing by when she wakes up she finds herself in a courtesan home headed by Lalita Pawar 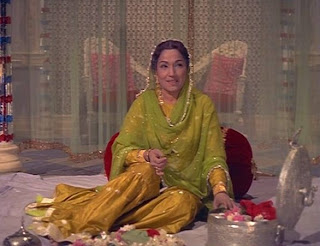 Will Yusuf & Zeenat ever be reunited? What would be her fate in the courtesan home? How will Nawab Sikander Mirza cope with his missing bride and what will he do about it? For these and many more answers as well as beautiful songs and a refreshingly handsome Ashok Kumar watch Bahu Begum

Overall this is an entertaining Muslim social along the lines of 'Chaudvin Ka Chand' (directed by M. Sadiq who also directed this) 'Mere Mehboob', 'Mere Huzoor' most of which i'm yet to see, but Bahu Begum highlights issues of honour and the place of women in a traditional male laden lucknow society, great performances from everyone here but in usual love triangle style one person has to die for the happiness of the lovers, its still a moderately enjoyable lucknow drama with wonderful outfits and appropriate lucknow sets. i really have to get down to Lucknow sometime and get some of those amazing Sherwani's and tight fitting churidars and Jinnah style caps 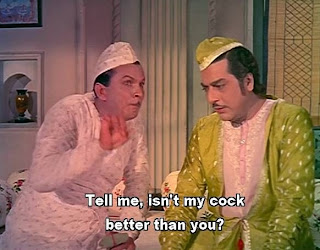 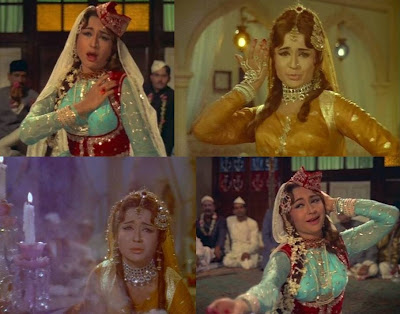 There's also the fun 'padh gaye jhoole' with a very youthful Meena kumari and her girlfriends having lots of fun in the rain. My favourite however and is in fact the reason i watched this film has to be the calm, haunting and beautiful melody of Hum Intezar karenge (see below)

BUY DVD
Posted by bollywooddeewana at 04:30

I can see this movie any number of times and the songs are great !

I love the songs from this movie - they are all lovely. I watched this loooong ago and remember being rather annoyed with the excessive trauma-drama - but then Muslim socials were never really my cup of tea (except for lovely songs). Even less now that I have read essays on how they were used to exoticise Muslims in films.

Whoa, Ashok Kumar looks hot in that 3rd screencap! I've always thought he was very attractive, but he looks so good here... will have to watch this. Loved 'Mere Mehboob', and since this seems to be along the same lines, I might enjoy it.

Haven't seen this yet, but I do like the songs a lot. And I do like most of the Muslim socials I've seen so far, so will probably give this one a try too.

BTW, is that Zeb Rehman in the blue dupatta playing Meena Kumari's friend? Looks like her from that particular angle.

Wow, good job in letting me visually see how beautiful this movie has to offer.

@ bollyviewer This is my second muslim social and i generally do love the settings and the songs, i've been reading similar things about the exoticisation of muslims, perhaps i'll discuss it sometime in the future

@ daddy's Girl he really looked nice indeed i had to do a double take and check if it was really him, you might like this i'm yet to see Mere Mehboob though, that one is more popular than this one

@ dustedoff it might be her, i don't really know Zeb Rehman too well and she's not credited for it on the imdb page, this is my second Muslim social after Mere Huzoor which i just thought was a bit above average, the songs are fab though

@ Nicki you're welcome, i try to capture the essence of the movie through my screen caps

This is one of the best Muslim social movie. Ashokkumar and Meena Kumari performed nicely and also Johny Walker Pradipkumar could not impress much due to his limitations Film scenes in the last 30 minutes are totally dominated by Ashokkumar. Roshan music is outstanding.