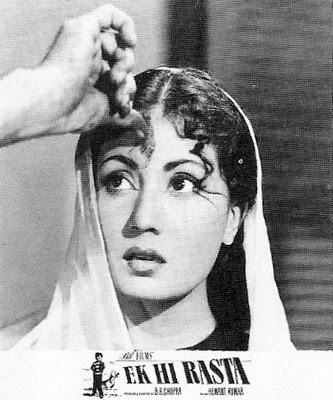 One of my favorite directors B.R. Chopra the king of relevant social dramas in his time tackles yet another issue in Ek Hi Rasta (The Only way), this was a rather bold movie for its time i believe 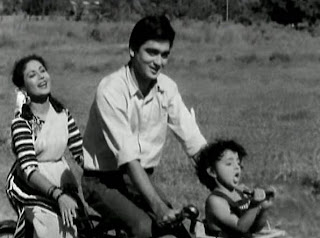 Amar works for Prakash (Ashok Kumar) a rich bachelor, he keeps pestering Prakash of when he would marry and Prakash keeps making a joke out of it 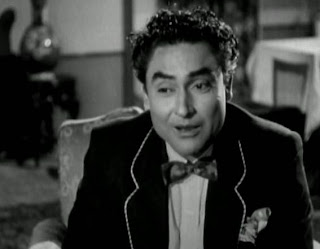 Amar catches an employee Attar Singh selling stolen goods from their factory to a customer, Amar warns him and then also reports him to Prakash 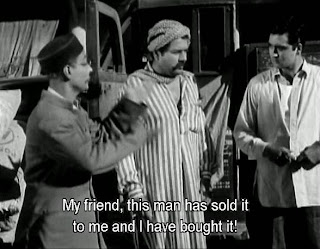 Attar Singh out of anger decides to get his own back at Amar for reporting and getting him fired from his Job, while Amar is on his way to his sons birthday on his bicycle Attar hits him with his truck 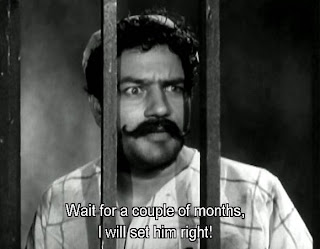 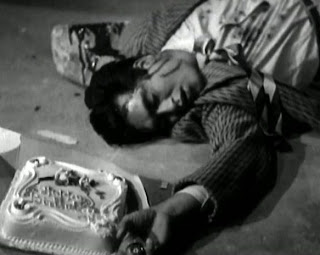 Upon her husbands death in a genius camera work, a hand wipes off Malti's bindi signifying she's now a widow 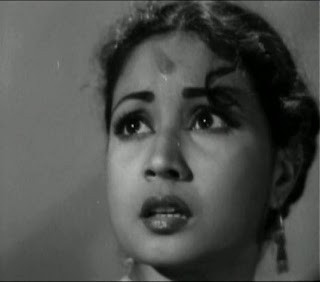 Following Amar's death Malti becomes depressed, but Prakash urges her to get back there and start making a living for herself, promising to assist her should she need any help 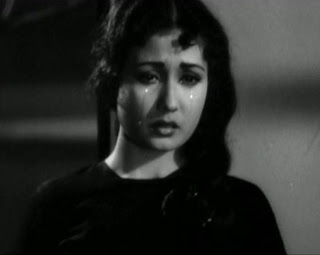 Biharilal (Jeevan) who was also one of the people Amar had reported to Prakash for his shady activities on the job soon starts instigating gossip that Prakash is taking advantage of Malti, soon rumours spread around the neighbourhood that both Malti & Prakash killed Amar 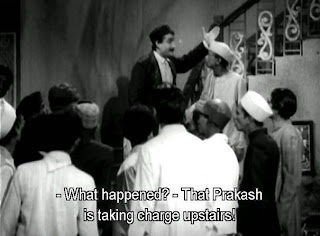 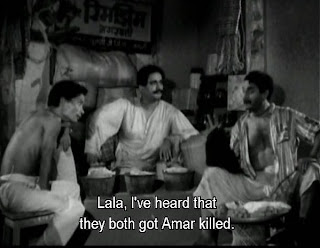 Prakash asks Malti to marry him to stop people from defaming them, she agrees 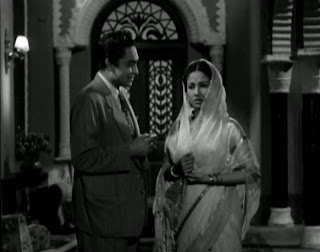 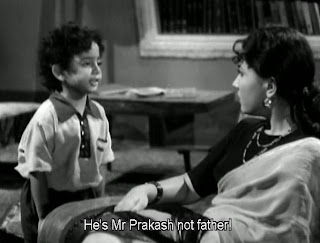 This must have been a very bold movie for its time , as it dealt with the issue of widow remarriage, which i believe was brilliantly executed. I also liked the way complications which often arises in a new marriage was potrayed, especially on the part of the kids as in Raja's case where he finds it difficult to call Prakash 'father', i could really relate to that scene as i found myself in a similar situation with my stepfather. The only quip i have about this movie is that the killers aren't brought to justice

This film also felt a bit like a reality Tv show on a middle/upper middle class Indian family, we get to see them driving a convertible, going to the pool and they even have a dress up birthday party for their son, all of which i loved 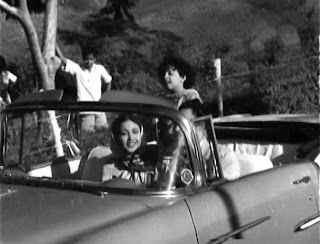 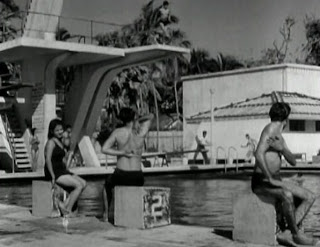 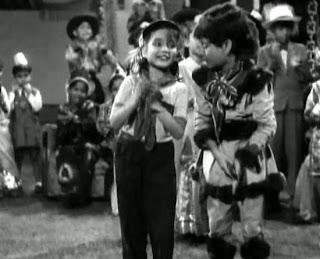 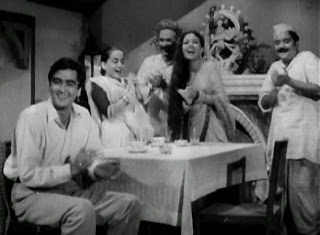 Happy family joined by their chef and househelp


All performances were great all round, but one performance that stood out for me was Daisy Irani who played Raja. While some kid actors usually tend to be just cute or rather annoying, Daisy was fierce, hilarious and mixed the cutesness and annoyance effectively 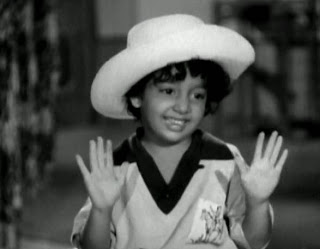 This kid was given some hilarious dialogues, like the scene where he makes his anger known to the maid at his mom's overfriendliness with Prakash 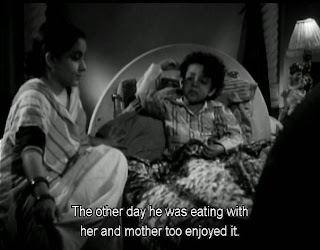 There was also some crazy scene where a baby was left on the tracks of an approaching train, i found the scene nailbiting 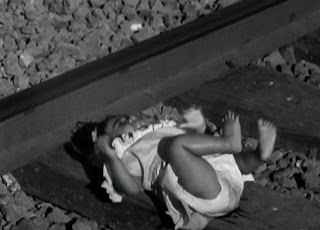 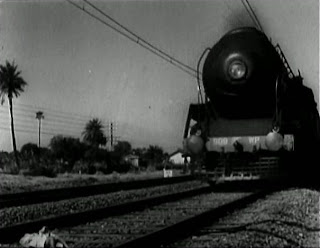 Total Score:7/10 ( An Engaging social drama)
Posted by bollywooddeewana at 03:35

I know who Meena is but it's sad that I've never seen a film of hers!

The songs were lovely and Meena Kumari looked great. What did puzzle me was how could Malti-Prakash marrying kill rumors about the two of them having killed Amar. Their marriage would most likely act as added confirmation, in any real life situation!

I love the songs of this film, especially Saanwale salone aaye din bahaar ke. And Meena Kumari looks so lovely - though I wish she'd hadn't been so tragic! I don't remember much beyond the fact that they get married and the kid isn't able to reconcile to a new father, but I do think bollyviewer's right: wouldn't getting married sort of confirm any rumours of the two of them having killed Amar? Or was that sorted out?

Hii, I also have a Bollywood blog called Bollywood Masti and it is at http://desifilmimasti.blogspot.com. Please leave your comments there and do subscribe. Thank you.

@ Nicki i reckon you watch Pakeezah for a start, even though many are didvided on the storyline and by Meena's character in the movie, i consider that film a work of art plus the songs are top notch

@ bollyviewer and dusted off, those are excellent points you both raised but it was clearly rumours initiated by jealousy as Prakash had also opened up a dance school for Malti, plus i guess the director wanted to make a point of them not caring what other people think

@ Bollywood rocks thanks for stopping by, i'll be checking out your blog

You totally had me until the baby on the tracks bit. What was that about!?

Thoroughly enjoyed Sanwale Salone though. Made me so happy I forgot about the baby thing...for a second anyway. Cute. I've yet to see a b&w bollyfilm, might have to be this one.

The baby bit was only a nailbiting scene to nail the climax, its an overall cute movie, i only got into black & white hindi films myself a few months ago and now they're so natural to me, however i'm yet to discover the b&w gems of hollywood