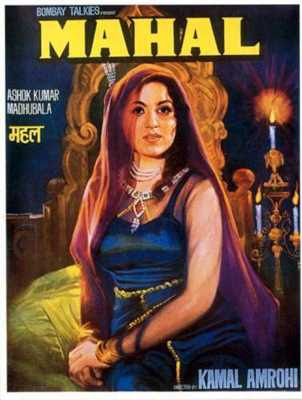 This is a very historic film in hindi cinema, as it's one of the first to deal with the story of reincarnation, Mahal (Mansion) is said to have been the inspiration for many later films based on Reincarnation usch as Madhumati, Kudrat etc. This movie is also said to have made Madhubala and Lata Mangeshkar superstars 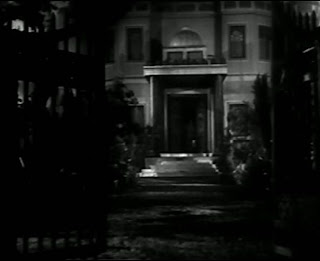 ooohhhh haunted mansion
Hari Shankar buys the mansion and when he discovers a picture that looks strangely similar to him, he believes he is the owner of the mansion reincarnated with the purpose to find his love 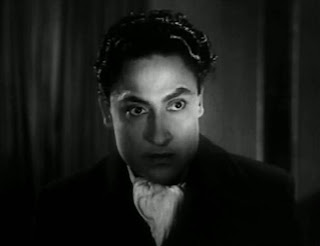 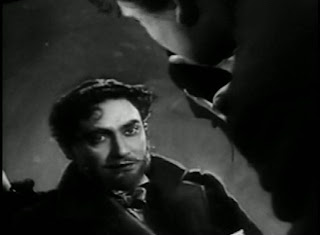 he soon starts seeing a face, which he believes is that of his lover from his previous life Kamimi (Madhubala) 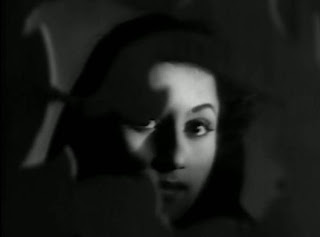 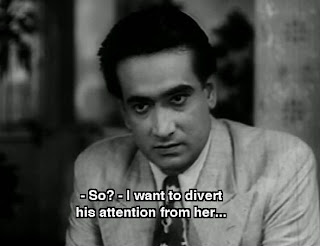 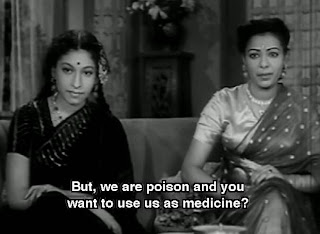 Kamini reveals to him that they can both be together if he takes a liking to his veil wearing maid after which he can then kill, and then she would possess her body and they would be able to be reunited 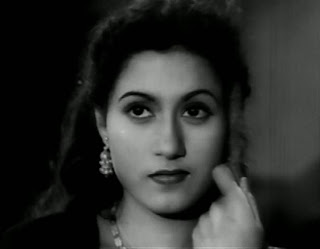 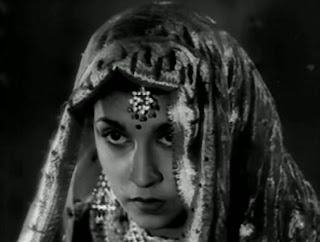 Following his and Ranajana's marriage shekhar remembers Kamini and longs for her only. Ranjana becomes depressed over this and when she eventually catches Shankar declaring his love for Kamini, she's unable to bear it and plots her own suicide and then frames Shankar for it 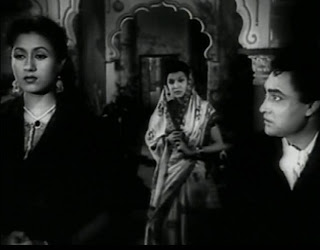 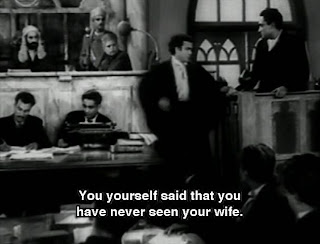 Will Shankar be able to prove his innocence? Was he really the incarnated owner of the mansion? Who is kamini? Is she real or are all these hallucinations

This is a well made film, its well thought out and it has an interesing story as well as great direction from Kamal Amrohi with a great twist which i wouldn't have guessed , many people refer to it as horror which it clearly isn't, i guess i would describe it more as supernatural suspense drama. The film has a quiet spooky feel about it and the cinematography and lighting is of a high standard. My only complain is that although the story and concept was great, it felt quite slow and it really could have been shorter.

Great performance here from Ashok Kumar as Shankar, so much poise, elegance and class, he's truly one of the great actors of Indian Cinema 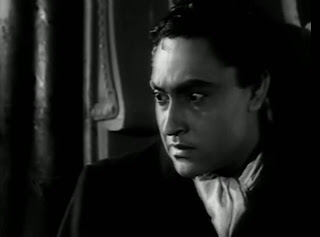 And Madhubala what a great beauty she is, the camera clearly loves her gives a superbly convincing performance as Kamini, i really didn't see that end coming 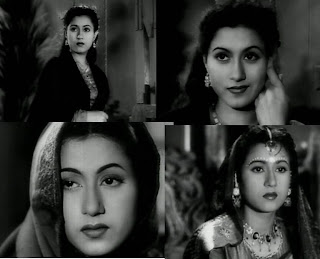 The music by Khemchand Prakash is fantastic with well thought out beautiful lyrics, i really liked
'Mushkil bahut hai mushkil' the mellow 'yeh raat phir na aayegi', the subtle sounds of Dil ne phir but my favourite has to be aayega aanewal (oh my beloved will come back) which i would term as a subtle but undeniably catchy earworm, beautifully sang by Lata Mangeshkar

Total Score: 8/10 ( an entertaining suspense drama)
Posted by bollywooddeewana at 04:25

Very nice to see that you wrote this one up, and it is a good writeup. But I would rate everything higher. Maybe it's because I'm an "old goth," but I adore the extreme darkness of the whole thing. I also totally agree with you re. the greatness of Kamal Amrohi's direction and Ashok Kumar's performance, and I loved that plot twist (including the nice bit of social commentary that crept in, re. class prejudices, etc.). Meanwhile, Khemchand Prakash's soundtrack is just out of this world (a 10 out of 10 if I ever heard one!), bringing out the best in Lata, Rajkumari, and even Zohrabai.

I agree with Richard completely - I'd rate this higher too. It's a great film, and the music is absolutely sublime. Just remembering the aalaap of Aayega aanewaala gives me gooseflesh!

@ Richard S and Dusted off i guess i payed it the highest compliment by saying its a landmark film in the history of hindi cinema, i do agree its a great film but perhaps watching it after a long hard day impaired my judgement but as i've said its a well made film and my only critcism were some slow parts and indeed the soundtrack is indeed fab i should bump the total score up by 1

I remember being very impressed with Ashok Kumar's acting in this one - he looked so possessed by his obsession! Madhubala is lovely but I think she was much better in her later films. I too thought the film was rather slow and though I loved the plot twist at the end, the actual ending just didnt sit well with me. But I watched it years ago - my take may be different now!

"...the actual ending didn't sit well with me."

Since Ashok's character didn't sit well at the very end either. (Or maybe he sat all too well. ;) But I just loved that too. (Not to give anything away, but just when you thought the film had already gotten as dark as it could get...)

You are going old school on me! I love suspense thrillers!

@ Nicki You might like this Nicki, its a bit slow in parts but in general its a well made film

The film was shot at Ewing Christian College in Allahabad and the college building which is called Princeton was the actual Mahal. My professor told me that the basement which is not used these days was the room where the portrait was kept. We never tried to go to basement for it was really horrific.

@ Lawyerjourno thanks for stopping by and that additional Information, I love trivia knowledge about Hindi films

please explain the ending of the story. So kamini is not a ghost and she is a live person. so you think now ashok kumar will come back in the next generation to haunt her or it is just plain that kamini will live with her husband and just that the other person, ashok kumar is dead. please explain

@ Anonymous Apologies about my late reply but taht does indeed seem to be the case, I saw it ages ago and i can barely remember clearly, ask my dear fellow blogger dustedoff, she'll remember clearly and tell you all you need to know
http://dustedoff.wordpress.com/

A wonderfully executed movie that has left its footprint on so many movies since. This movie is so ahead of its time.