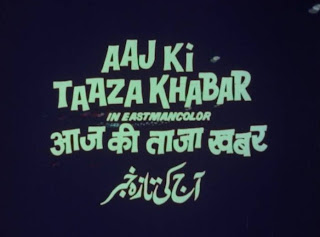 Sunil (Kiran kumar) & Geeta (Radha Saluja) are a married couple, when Sunil fails to come home early one night, Geeta becomes increasingly worried and is convinced he's having an affair 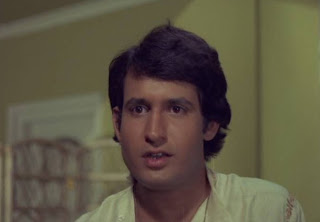 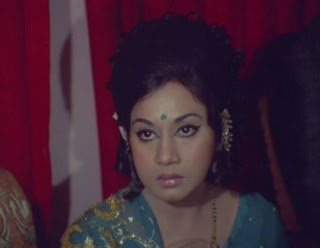 Sunil turns up in the morning, telling her he was stuck in a ferris wheel, when Geeta refuses to believe him, he cooks up a lie that he had spent the night with his friend Champak Bhumia 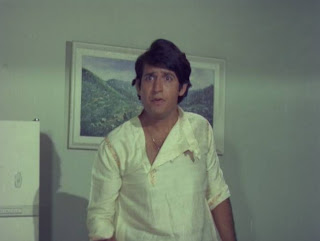 Geeta still not believing his word requests him to give her Champak Bhumia's address, Sunil makes up an address and Geeta sends a telegram requesting the so called Champak Bhumia to come over, she tells Sunil if Champak does indeed come over she would believe he's telling the truth 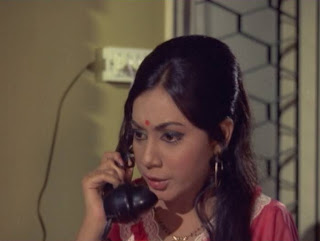 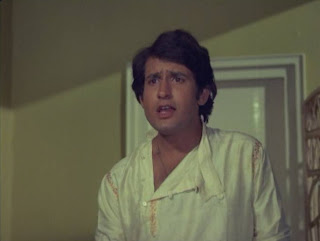 Sunil's friend Amit (Asrani) who's just arrived from abroad notices Sunil acting all panicky, Sunil narrates the situation to him telling him how he had met a lovely lady at the fair and how things had started turning quite romantic between them till the ferris wheel got stuck leaving them up in the air over night 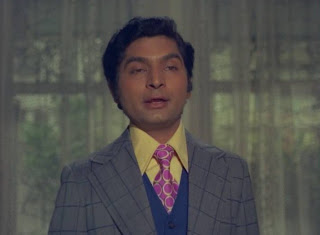 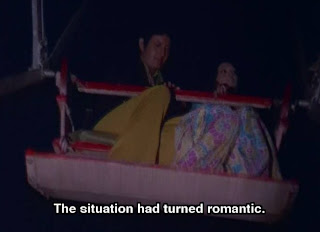 Sunil appears bothered wondering that his marriage to Geeta will be over if he finds she's been lying. Amit decides to take upon the role of Champak Bhumia considering Geeta has never met him, thus Amit acts as Champak Bhumia, all is well and Geeta believes Sunil's story him 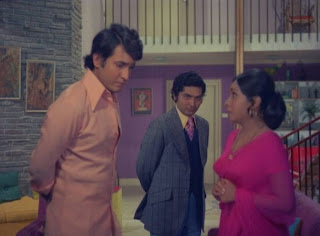 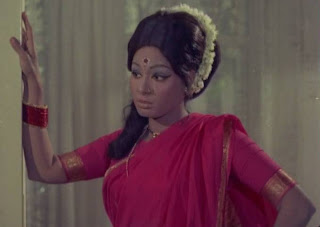 Is there really a Champak Bhumia out there or is Motiyan another one of Sunil's inventions to cover up his lie? Will he ever own up to his wife and tell her the truth?

Aaj ki Taaza Khabar is a smart and cleverly scripted comedy drama about the importance of trust in relationships, as seen through Sunil & Geeta's relationship, you just might be scared of lying to your partner after watching this, honesty really is the best policy.


Aaj ki taaza khabar has one of the most insane, twisted and mind bogging playfully suspense endings ever, if you've watched Johnny mera Naam (1970) you'll know what i'm driving at. The message of a Woman's suspicious nature forcing a man to lie, which the film tries to advocate didn't sit right with me as Sunil did have some suspicious behaviour, and would have probably cheated with the woman he met on the ride had it not been that the ferris wheel got stuck. All in all an enjoyable and well scripted movie even if a tad bit slow in places, watch it if you want a break from all the crazy masala films of the 70's

Of course the film owes its charm to the performances of its stars, Asrani was awarded the filmfare best comedian for his role

Kiran Kumar was fresh faced and cute, i had no idea he did meatier roles, i was used to seeing him as a villain or as a corrupt cop in most of his 80's stuff. 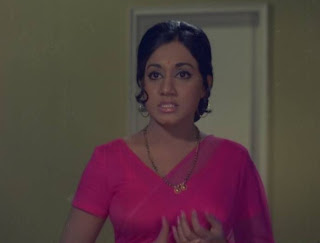 Radha Saluja was lovely too

so was Manju Asrani gotta love the print on her sari 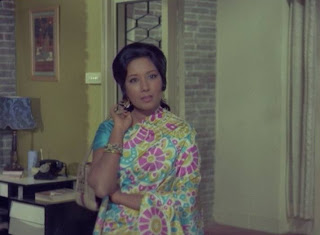 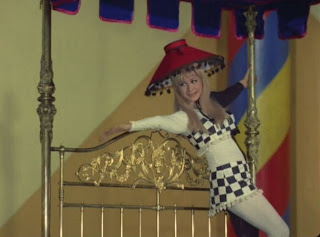 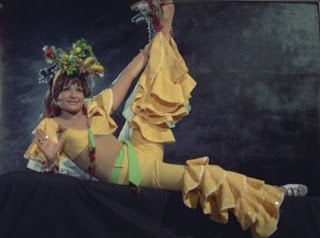 and the exuberant 'Happy Birthday to Pinky'
Paisa Vasool Rating: 7/10

Edited to add: The 2008 release Golmaal Returns was based on this film
Posted by bollywooddeewana at 20:20

This sounds interesting...though that plot of lying to the partner sounds so very familiar...it's been used in so many movies...the latest one I saw was Golmaal Returns , I guess.
Though I had heard the songs, the name of the movie itself didn't sound very familiar.
Added it to my will-watch-it-soon queue

Golmal Returns was based on Aaj Ki Taza Khabar, but AKTK was itself based on a popular play in gujarati.

I loved AKTK, it was lovely craziness. I also loved IS Jauhar's cynical servant act.

Oh, I love this film - saw it when I was a kid, and enjoyed it thoroughly! BTW, do keep an eye out also for Hulchul (1971). It's also one of those hilarious films with lots of suspense:

I've come so close to watching this film so many times! The first time was when it played on Indian TV years ago - the local TV station had a power blackout 30 min into the film and the transmission vanished for the rest of the film! The second time, I put the DVD in, but 10 min into the film, got a phone call and didnt get a chance to finish it after the call. The third time... well thats still ahead of me! Maybe 'third time lucky' will work with this film!

@ Avdi Thanks for confirming that properly, i shall include it in the post, I loved IS johar too in this, he was funny

@ dustedoff I have indeed seen Hulchul but i wasn't too impressed a bit too overlong considering it had no songs plus the whole thing of going to work out the cases individually seemed to drag on, i shall be reviewing it sometime

On the whole, it was a fun movie to watch.
Sadly, I.S.Johar is't much in the element here as he used to be in the older movies.
Radha Saluja's best was DO RAHA.
As usual, Raj Kiran apes Rajesh Khanna.

As usual, excellent review. I also enjoyed this film.

The Helen clip is a personal fave. So colorful...with imaginative sets and costumes (lampshade hat, lol). Watching the video usually reminds me of the art of Peter Max.

@ Nasir It was fun indeed, this was my first Radha Saluja filma nd she was fun in it

@ Mister Naidu Thanks for the kind words, i love khilti hua shabab too, no one could have pulled it off the way she did. She's definitely in a league of her own

Yes Radha Saluja is very sweet I love her a lot. She has fleshy lips

Radha Saluja will give her milk ONLY to MGR. Atleast will she suck my black cock with her RED FLESHY lips

I saw this movie long time ago as a kid and loved it! Since that time I just couldn't let go of the name " champak bhoomiya" it's so addicting and is repeated like thousand times in the movie. I had totally forgotten the name of the movie, but thanks to u I got it. :) I will now somehow make my husband watch it with me now.
For ppl who said it's an old plot.... Remember that this was a very old movie and probably first of it's kind. :)
Loved the post! Thanks

I am madly in love with Radha Saluja for her beautiful face and sexy body red fleshy lips even though she is 17 years older to me and over 60 years.

I will SUCK not only her (Radha Saluja's) Boobs lips cheeks but also her PUSSY if she allows me to do so even though I am 48 and she is 65.

I will drink her urine only instead of water and her milk ONLY instead of food. I am so insanely mad on her.

There is another lady with whom I am as mad is a lady eye doctor who is also 6 years older to me. The first time I saw her was 22 years back (at the time of this writing seen 1991 oct.) and I instantly fell in love with her. My love for her has not waned even a one bit and so are her beauty and BOOBS.

two years back I fell in love with a girl 19 years younger to me and she also loves me, but what is surprising is she is married and have a baby girl.

Another surprise is I am unmarried and never touched a girl till this day (at the time of writing this).