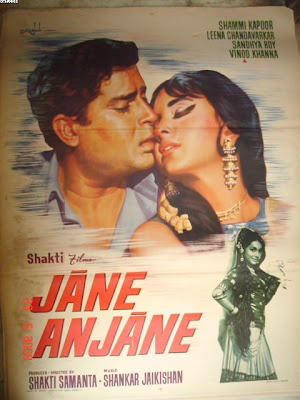 There are so many bollywood actors and actresses i have major love for in a big way but for some reason i haven't written up about them on this blog yet, this is mostly because others have written extensively about them. I usually hate writing about movies others have written on, except i really have something to say but even then, i'll just make it known on the comments section of whoever wrote it up. Now as a big Shammi kapoor fan, I'm surprised as to why I'm picking this as my first Shammi Kapoor in a central role film to review on here, as it doesn't have all the charm and the appeal from the usual Shammi movies like Junglee, Teesri Manzil etc. but i was curious and as a fan i'd watch him in anything

Childless Laxmi (Lalita Pawar) while praying for a child of her own miraculously finds an abandoned baby, she picks him up to raise him as her own 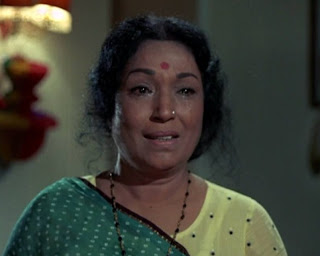 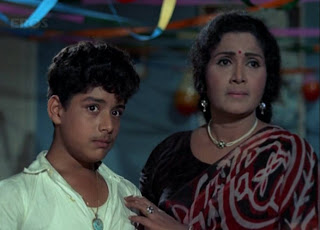 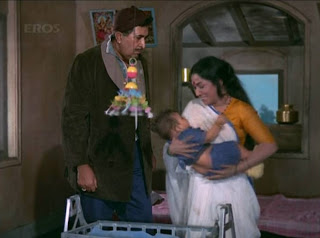 Thus Ramu grows up with no education and ends up being a robber while his half brother from his actual birth mother Hemant (Vinod Khanna) is educated and becomes a Policeman who is hot on the tails of his notorious brother Ramu. However both brothers are unaware of their blood ties 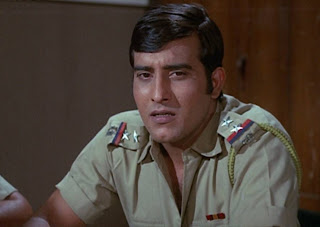 Ramu meets and falls for Mala (Leena Chandavarkar) who urges him to go on the straight and narrow, Ramu does this but when Laxmi his adoptive mother is killed accidentally by Hemant during a gun chase, Ramu promises to exact revenge which leads him back to his previous ways 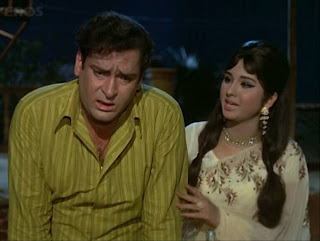 Shobha eventually realises Ramu is her long lost son and what follows, is a 'Mother India/Deewaar' style action of two brothers on opposite sides of the law with their mother trying to bring them together in peace 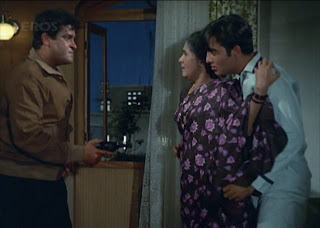 Jane Anjaane (Friends and Strangers) ends up being nothing much more than an average entertainer, at the heart of the film is the idea that Love (romantic or nurturing) would turn the most hardened of criminals into good citizens. 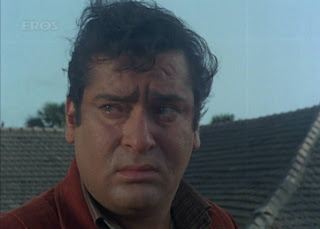 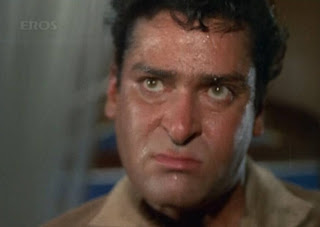 It was quite hard to watch Shammi in this, he was really sloppy and sweaty in his action scences and let's just say he was past his prime here, no surprise that this was his last leading role before he started playing father and uncle type roles, that spark that made one excited about Shammi was gone in this and needless to say a pal of mine a bollywood novice whom i was watching with quipped 'Why is that man the hero', at which i wasted no time in explaining his iconic status. All hope is not lost though, as traces of the old energetic Shammi pop up in the musical numbers
More Eyecandy 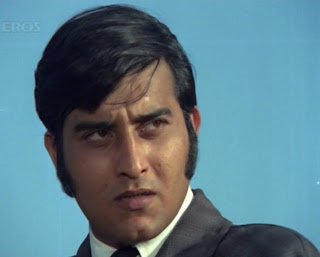 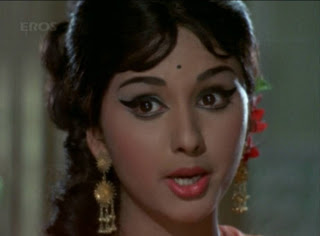 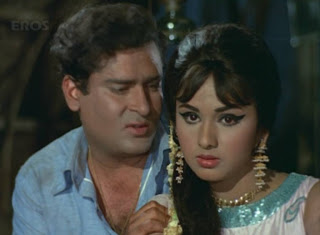 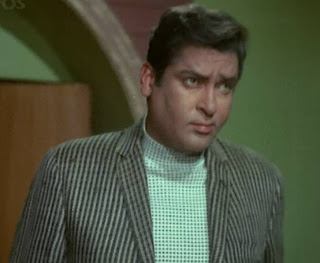 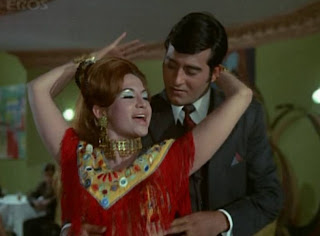 Vinod and Helen Sizzle up the screen
the songs by Shanjkar Jaikishen not their best are pretty decent, i love kishore's vocal on the title track 'jane anjaane log mile' other highlights are Manna Dey's lovely 'cham cham baaje', the flirty 'chahe tum pyar karo', and the sweet 'tere nilee nilee' my favourite of the whole bunch though is the fab 'jane anjaane yahaan' pictuised on Helen, i just love the way she commands attention and the way her male dancers fawn over her

Now head over to My Music Movies and Mutterings blog for additional write up of the soundtrack and to get the music for free
Paisa Vasool rating: 5/10
Posted by bollywooddeewana at 02:38

I feel so sad when I see Shammi is these films. They are so different from his usual flamboyant ones. But he will be my favourite noentheless :) Great writeup :)

I'm wth Sharmi here, when Shammi performs in films that are just not up to his style or when he doesn't give it his all, then its usually an ordeal watching him! But I just adore Cham Cham Baje Payaliya, I saw the song on TV and Manna Dey sang it soooooo beautifully!

It was very very saddening to watch Shammi Kapoor sliding away from the youth beginning the Seventies. It was very difficult for me at least and I'm sure for millions of his fans who were particularly beholden to his flamboyant style of flirting with herines, and that tilting of his head at an angel with the hair following his action, the sparkling mischief in his eyes, the unique gestures of his hands, and his ease to fall on the ground before the heroines, and the natural dancing steps that heralded the times which made dancing a must for for the newcomers who had to dance their way if they needed to become popular.

I had seen this movie at the Naaz Cinema where it was premiered in Mumbai.

Yep, Shammi looked tired and was losing the battle of the bulge when he made this film and it shows. Still, he had a great run as a romantic star and made many great films.

Helen's dance is truly fab. She really is in top physical shape and she handles the nonstop breakneck pace of the dance flawlessly. Top-shelf Helen performance! :)

I'm with Sharmi, Rum and Nasir re: Shammi... disappointed to see his debacle in films like this. About the last film in which I can still regard Shammi as hero is Pagla Kahin Ka. Overweight, but still with a certain charisma.

Haven't seen Jane Anjane, but I love those screen caps of Vinod Khanna and Leena Chandavarkar! Bee-yooti-full!! Thanks so much. :-)

@ Sharmi Bahut Shukriya, I know i feel the same but Jane Anjaane was a film i was very curious about and definitely still worth watching for super duper fans of Shammi

@ Rum I agree, i'm totally with you on cham cham baaje i like it a lot ad one of the highlights of this soundtrack for me

@ Mister Naidu Thanks, Helen totally brought her A* game to the performance

@ Dusted Off You're ever so welcome :) The only time one gets a whiff of his charisma are in the song and dance numbers otherwise he was past playing the hero, still worth watching i'd say though as i know you're a BIG Shammi fan

Very nice and impressive article you have posted. Its very helpful, i have read and bookmark this site and will recommend it to more other peoples.

Well... round about every blog posts online don't have much originality as I found on yours.. Just keep updating much useful information so that reader like me would come back over and over again.

@ Dissertation help thanks for your kind words, its very much appreciated

Loved it. Do not forget to read Sad Shayari and Love Shayari.