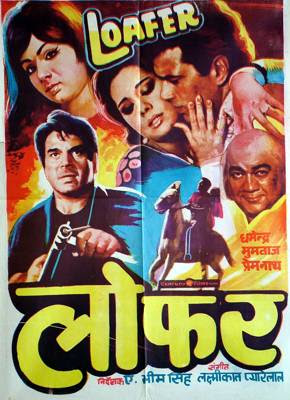 Sweet escapist 70's bollywood fare with a super gorgeous Mumtaz, Handsome Dharmendra and perhaps the most flamboyant use of balloons ever in a bollywood movie

Ranjit is a naughty school boy, when a prank goes wrong at school, Mohan is forced to out Ranjit as the culprit. After school the two boys are involved in a fight where Ranjit tosses Mohan off the building by accident thereby leading to Mohan's death 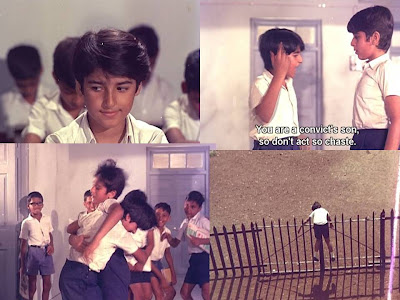 Mohan runs for his life and falls into the hands of Mr Sinha (K.N. Singh) a shady criminal, he promises to take care of him 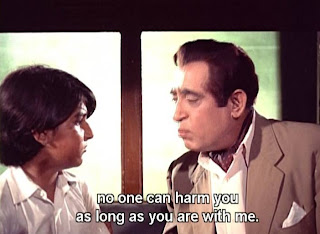 Ranjit (Dharmendra) grows up as a thief under Mr Sinha's shadow, he steals but he also runs a nightclub called playboy 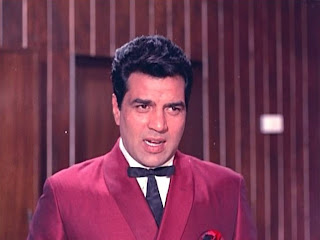 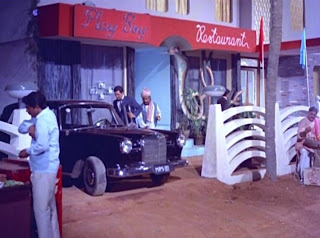 when a stealing operation goes wrong Ranjit realises one of his staff is dishonest, the dishonest staff turns out to be Rakesh (Roopesh Kumar) who had been sent to spy on Ranjit by Pratap (Premnath) a rival thief who is jealous of Ranjit's success. When Ranjit discovers this, he lets Pratap know he's aware of his deeds 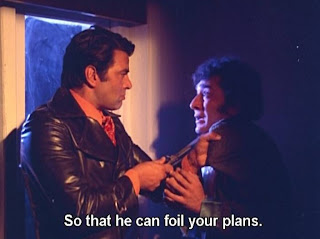 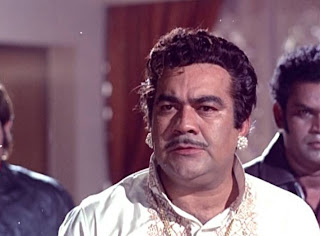 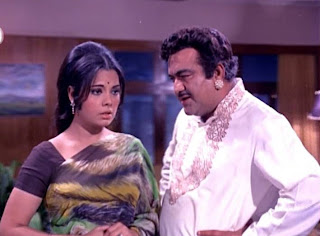 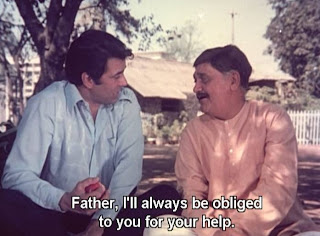 Mr Gopinath also has a daughter Rupa (Farida Jalal) whom he had sent to Private school in Shimla, he keeps the fact that he's poor from his daughter as he had gone bankrupt after falling into depression when he had lost his son Mohan and wife 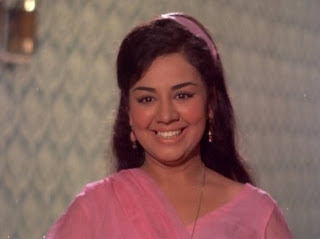 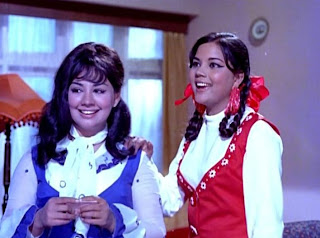 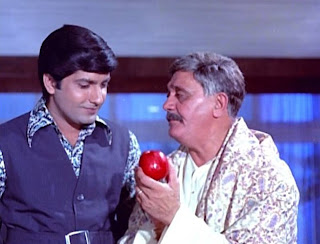 Back in bombay Anju realises ranjit is falling for her, she too starts falling in love with him but she's racked by endless guilt and as a result finds it hard to continue Pratap's spy work. As a result Pratap threatens her and she manages to set Ranjit up to be beaten by Pratap's men 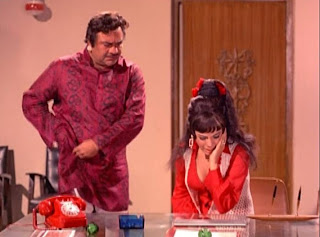 Ranjit is beaten so hard that he ends up in hospital, when he gets well Anju tells him the truth andreveals she had only spied on him to save her brothers life, he's taken aback by her honesty and promises to help free her brother 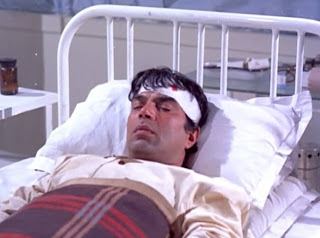 When an Exhibition of rare jewels come to town Plans are made to rob it. 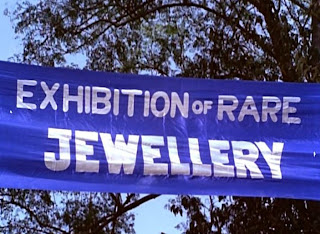 Ranjit despite strict security manages to clean the place out, police start chasing and he runs into Gopinath's house for safety, there he spots Mohan's picture, and then realises Mohan's father whom he had killed by accident aas a kid is indeeed Mr Gopinath, he's racked by guilt 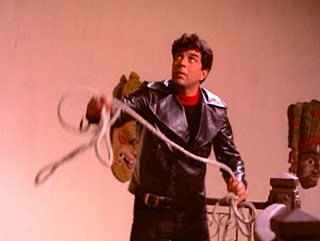 Mr Gopinath on the other hand starts drinking heavily after Mr Rajendranath asks for his daughter's hand in marriage, he's afraid his status a s a poor fruit seller would be found out which would lead to his daughters being disgraced 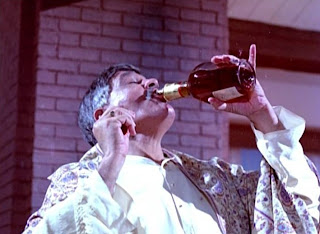 How will he overcome this? Will he ever find out that his son Mohan was killed Ranjit? Will Panjit reveal the truth to him? What would be Mr Gopinath's reaction

Overall Loafer (Ruffian) is a sweet movie about guilt and forgiveness dipped in a mish mash of romance, action and goood ol' romance, its well worth watching and definitely entertaining. i really can't say a bad word about this film, okay there were some silly comic side plots but overall Loafer is a well packaged commercial drama with the right elements of just about everything

Mumtaz was cute in this, she gave me some serious funkalicious fashions 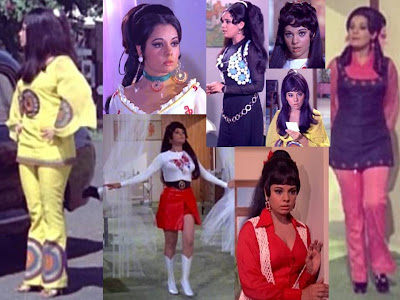 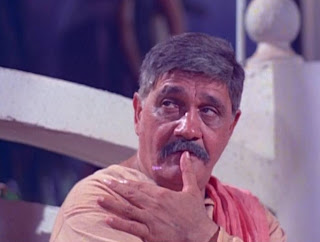 I loved this retro flask thing, so sleek 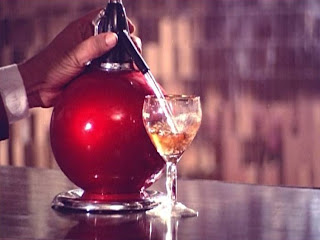 Dharmendra was on major form as well, his pairing with Mumtaz made for a cute couple 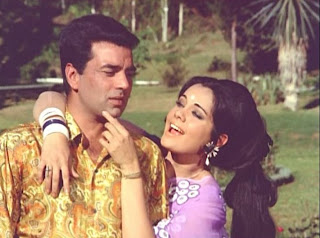 Superb soundtrack by Laxmikant Pyarelal all the songs on here are winners which makes me think if i had to pick my all time favourite music directors Laxmikant Pyarelal will be in my top 5. There's the seductive 'Motiyon ka ladki hoon main', the melodious 'main tere ishq main' which just makes you appreciate Lata's voice enough to even drown in it, another romantic one number by Mohammed Rafi 'aaj mausam bada' and Asha sizzles on the funky 'kahan hai woh' with so many colourful ballons, something tells me the art director for this dance sequence must have had a huge balloon fetish 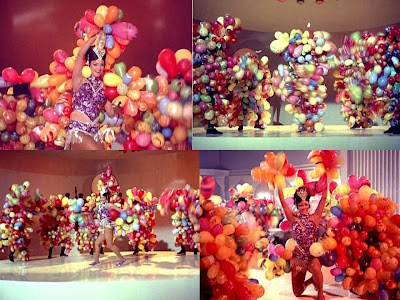 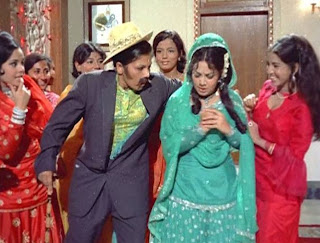 BUY DVD
Posted by bollywooddeewana at 00:02

The BALLOONS! M U S T S E E now!
Thanks for the fantastic post and screen caps.
All the best!
Sita-ji

I really like Om Prakash's performance as a drunk father in that film and it looks like he's doing a similar part here.

Also, you get extra credit for working the term "melodious" into the post. It's only right, since it's used so often in the films. Now I try and work melodious into everyday conversations, along with the over use of the terms still, even, and enmity.
Example: "Still, even I could not break my enmity despite the melodious music."
:)
All the best!
Suzy

I'm sorry, I got completely distracted with seeing Farida Jalal next to Mumu. LOL I think I added this to my Netflix queue ages back. I really want to see it!

This is such a satisfying masala-romance-action film! I watched it because I love the Mumtaz song Koi shehri babu but landed up liking everything about the film, including the other songs. Mumtaz's costumes was fabulous and I LOVED the initial sparring between Mumtaz and Dharmendra - so funny and so much the opposite of the "eve-teasing" genre of wooing most 70s heros indulged in!

Your post reminds me that its been a while since I watched it - so a re-watch is called for. :-D

The fashions are seriously cute. N the balloon pompoms are so colourful. I never got to watch this movie, but i must now !

Even though I've heard of Loafer, I always thought this was a much later film. Having seen the screen caps (Mumtaz! Dharmendra! Balloons!!), I can't wait to put this on my rental queue. :-)

I couldn't find it at netflix, must buy it online.
All the best,
Sita-ji

Thanks for the review. This looks great. I love Mumtaz's clothes, although I'm not so keen on the bangs.

Gosh, you are reviewing some good movies that I haven't seen yet. Thanks again for the review

@ bollywoodfoodclub You're welcome, Julie is on my to see list, i'll do a post on it once i've seen it. Lol at the melodious comments, sometimes when it comes to Music descriptions, i get stuck with words and usually resort to melodious. the loafer dvd is quite a hard find but i've spotted one on ebay so try and get it quick or you can watch it on youtube at the link i've provided in the post

@ Ajnabi do see it, its fun 70's escapist stuff all the way, you'll like it

@ bollyviewer thanks for echoing my feelings on this, its the exact reason i felt i couln't fault it in any way as its a well packaged commercial entertainer

@ Avdi by all means do, plus its free on youtube as well

@ dustedoff by all means do, its sure to leave you satisfied

@ Cindy You're welcome, i loved the fashions too, she only had the bangs in one scene but she was fab in all her other do's

It was very interesting for me to read that article. Thanks for it. I like such themes and everything that is connected to this matter. I would like to read a bit more on that blog soon.

@ Anonymous Thanks for the kind words

Thanks for the synopsis of the film. I've been look for it quite a long time.
Sounds to bea great 70s masala fun!
LP gave great music for teh movie! I also love each and every song of the film.
BTW isn't it Anil Dhawan, who is playing the character of Mr. Rajendranath Mehra? At least in the screen cap he looks like him.

You're welcome Harvey, it is indeed Anil Dhawan playing the son of Mr Rajendra Nath. this i have to admit too is one of my favourite Laxmikant Pyarelal soundtracks, all the songs are winners

quite interesting article. I would love to follow you on twitter. By the way, did you hear that some chinese hacker had busted twitter yesterday again.

very useful read. I would love to follow you on twitter. By the way, did you hear that some chinese hacker had busted twitter yesterday again.