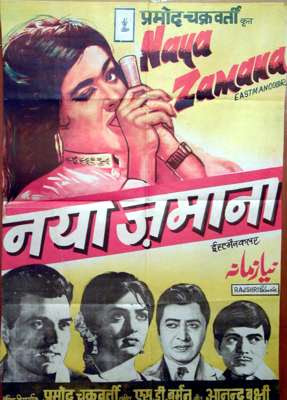 Apologies for the abrupt end in Dharmendra week, that thing called Zindagi (life) interrupted but i'm back on form and i'll fulfill my promise and complete the last few movies i had chosen to review over the next few days. In Naya Zamana ( New World) our hero stars as a revolutonist/rational angry young man 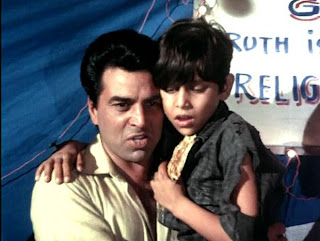 Anup is directed to Mr Rajen (Pran) for a job as a publicist, Mr Rajen happens to be a typical example of the kind of Rich people Anup speaks out against, despite Anup taking a stand and voicing his opinion on the oppressive ways of the rich, Rajen takes a liking to him and gets him to write his political speeches 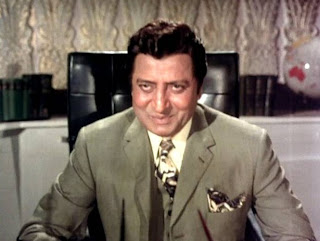 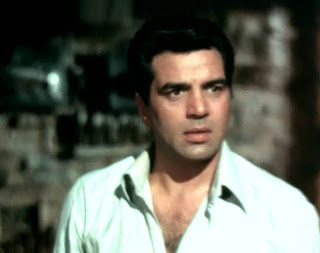 When Anup realises Rajen's family had been behind a humiliating experience his sister Rekha (Aruna Irani) had experienced, he quits his job as a publicist to Rajen 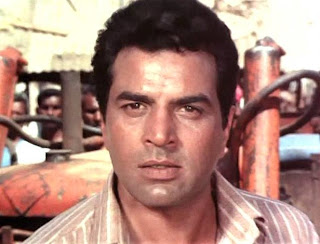 Rajen goes to Anup's house apologising to the wrong done to his sister, Anup is not around but Rekha and her mother (Lalita Pawar) accept his apology, Rekha tells Rajen about Anup's desire to be a writer, he promises he can help fulfill Anup's dream by publishing his book 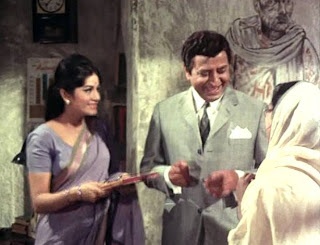 When Anup finds out his book has been given to Mr Rajen without his consent he's displeased, and goes to confront him, when he gets to Rajen's house, he sees Seema (Hema Malini) singing a poetry from his book 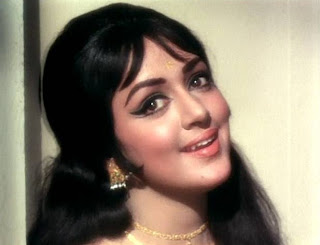 Anup is impressed and his affections towards Seema's change as she had come across as an arrogant, self centred rich girl the last time they met 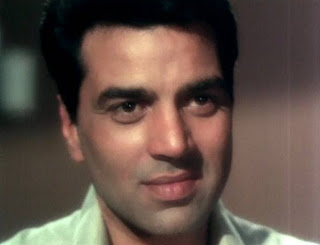 She tells him how his book 'Naya Zamana' which she had picked from her brother Rajen's library had changed her views of the poor. She tells him how she wishes to change things and asks him to give her a tour of life in the slums 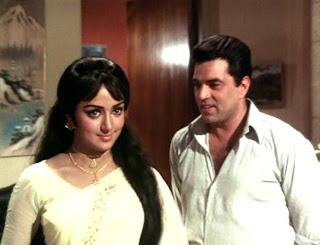 While in the slums she comes acoss a bill passed by her brother Rajen for the slums to be shut down to make way for new buildings, Seema disrupts the bill and prevents the slums from being knocked down 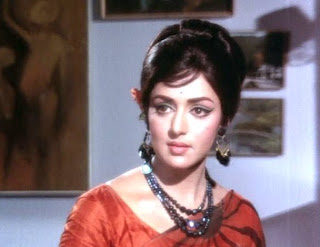 Rajen challenges her authority to which Seema acknowledges Anups writings in 'Naya Zamana' as having changed her , she dares him to read it and not come out thinking as a different man 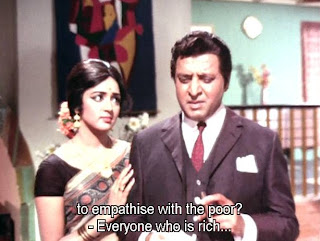 Rajen sees this as the perfect opportunity to publish Anup's book, on the day of the release Seema as well as Anup's family are shocked to see Rajen credited with Anup's writings 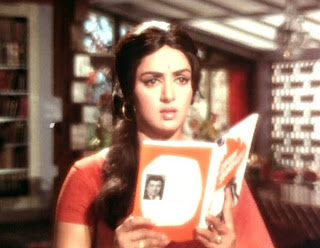 When Anup finds out Rajen's deed he's hesitant to expose Rajen as he had donated all the profits from the book to a handicapped home plus Anup feels if the oppression of the poor is being heard, the author shouldn't matter 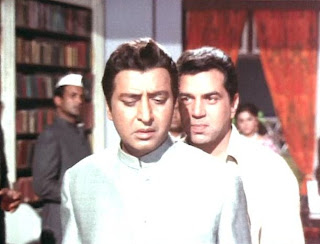 Despite publishing a book on the oppression of the poor Rajen continues with his plan to destroy their living area when his plans are interrupted by Anup he bribes Sitaram a local slum dweller to ignite fire in the slums. Sitaram out of greed sets the whole slum on fire, Anup's mother gets injured in the process 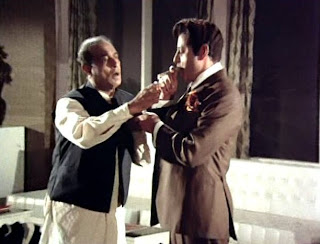 When word gets out that Rajen was responsible they set out to burn his factory down, Anup tries calming the villagers down telling them burning down Rajen's factory won't solve the issue, he's accused of being a sell out andsiding with the rich 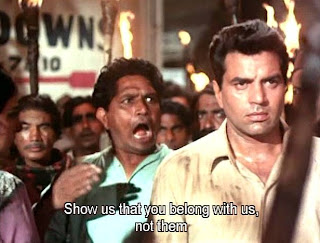 Words also gets out in the press that Anup is using Seema as a bait to her father's millions millions, as a result her father stops her from seeing Anup 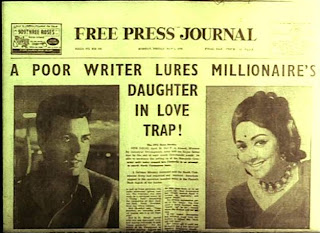 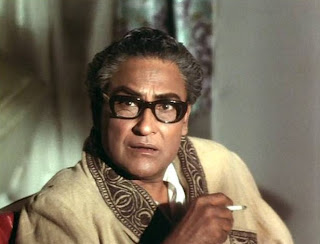 
Naya Zamana (New World) reflects the attitude of the common man against the establishment in 70's india and a hope/call for more equal opportunities for the poor, I enjoyed this film very much, it kept me entertained all the way through and i liked the way it highlights the double trappings of capitalism and oppression, on one hand you have the frustrated workers who are tired by the oppressive actions of the rich, their anger leads them to attempt burning down the factory, on the other hand if they do burn the factory they'll be left unemployed thereby making them even more destitute 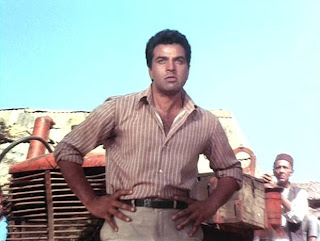 Dharmendra doing the couture pose (hand on hips check, pouty lips check)
Loved Dharmendra's portrayal of the Angry young man in this one, rational, nuanced, not at all violent and not over the top as the image of Angry young man later became 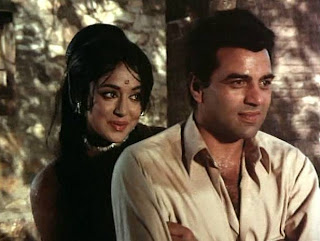 She was drop dead gorgeous in this 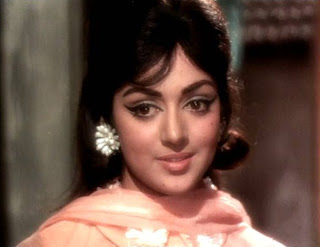 Mehmood was also hilarious as a hippie 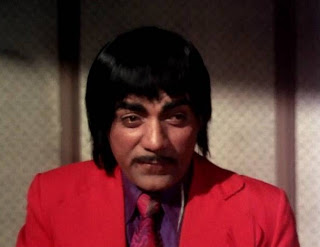 I saw this movie as 9 or ten year old on DD. And can hardly remember the plot.

I just love the songs.
And Dharam and Hema do make a great Jodi! So should they be called Dharema?

BTW, why did you put Daadi maa below Ashok Kumar's screen cap?

lol at Dharam's "couture-pose"! I too saw this too long ago and only remember parts of the film. Looks like a must-rewatch!

Hema has never looked better than this, and she was always gorgeous. No wonder Dharam fell for her! ;-)

Lovely movie. Dharam and Hema look so clean cut beautiful and handsome. They look like a jodi made in heaven.

I don't remember much of this film - saw it years ago. But yes, one thing I did remember was that Hema and Dharmendra looked so good together. If for nothing else, at least for eye candy, the film's worth watching!

I had really enjoyed watching this movie. Totally agree to : "Dharmendra's portrayal of the Angry young man in this one, rational, nuanced, not at all violent and not over the top as the image of Angry young man later became"
And Hema really looked gorgeous in this one.

@ harvey LoL at Dharema indeed one could call them that, oops about Daadi maa i actually meant Dada Mani (Ashok Kumar's Nickname) and not Daadi Maa

@ Thanks for the correction bollyviewer, i find Hema was superbly gorgeous at the begininning of her career by the 80's she was still beautiful but definite not as much

@ Avdi Indeed i love your description of clean cut and beautiful, they really a rea Jodi made out of heaven and they're one of my filmi favourites

@ dustedoff i found it to be more than eye candy, i loved some of the greed and the dangers of capitalism the film commented on

@ Sunehriyaadein Thanks for echoing how i felt about his performance too, i think this is now one of my favourite Dharmendra films ;0)

I thought you would review "Sharafat" - another popular Dharam- Hema movie. I saw it recently - it was quite good.

Q- From where do you manage to find all these oldies in the UK? It is hard to find old movies Down Under except new ones and some old AB movies of the 70s!

@ Filmbuff Sharafat is on my rental list, i should be getting it sometime. i actually rent most of my dvds from tesco dvd rental service here in the Uk but eros and some dvd sellers here in the Uk usually have the old Dharmendra movies but some like Jugnu & Loafer are hard to get hold of

Dharmendra deserved an award for this movie for his virtuoso and powerhouse performance.

Its a pity, that this "Magnificient Hearty Jat" was widely underrated!!

@ GKK Indeed this is one of his finest perfomances, i would never know why he never won any film awards for his roles especially those in the 60's/ early 70's

boy, Naya zamana is a nice movie.Dharm looks good in his performance of an angry young man,but not over the top angry man.Dadamoni gives another brilliant performance as usual and takes away with him the acting honours of this film.By the way,did you know naya zamana was remake of a cult bangla film called Udayer pathey[1944]-directed by guess what-the great bimal roy himself.Naya zamaana is just a more commercialised version of that movie which is supremely poetic.indeed udayer pathey seems to have influenced guru dutt who made made pyaasa-that poetic masterpiece on a similar theme.

@ Mad music Thanks for the original source once more, i'll edit it into the post once I'm back blogging

Fantastic work, thank you so much for shedding a light on the topic.

A friend posted a comment on the extreme similarity between Naya Zamana and Udayer Pathey (1944) on my blog where I recently wrote about the latter film. I was searching for Naya Zamana and came across your post. Did the makers of Naya Zamana at least credit Bimal Roy and his team, do you know? Also very curious to know if Naya Zamana featured Jana Gana Mana? Do you remember?