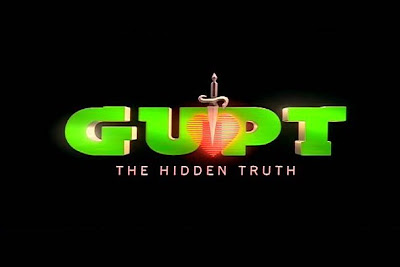 While 60's bollywood is arguably the best decade for suspense thrillers, the other decades seemed to come up short on them, Gupt: The Hidden Truth which was released in 1997 is one of the very few decent suspense thrillers the '90's gave 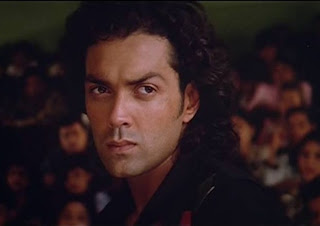 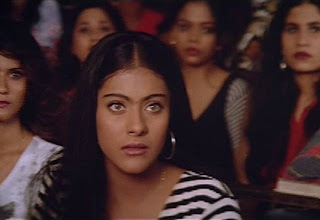 Sheetal (Manisha Koirala) another girl in their college also meets Sahil and takes a liking to him, she tells her father Mr Chaudhury (Dalip Tahil) who then tells Sahil's step father Mr Sinha (Raj Babbar) Mr Sinha accepts and the marriage between the two are planned 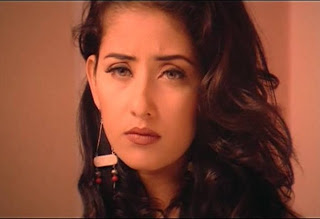 On Sahil's birthday Mr Sinha makes the announcement that Sahil will be married to Sheetal, Sahil is displeased with this decision saying Isha is his true love, he accuses his step father of not wanting him to marry Isha because she is his secretary Mr Diwan's (Paresh Rawal) daughter 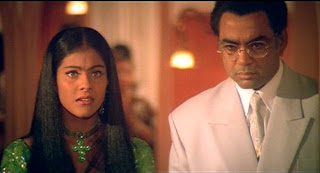 Isha with her father Mr Diwan 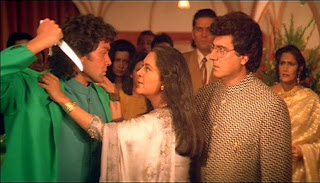 A few days later his step father is mysteriously stabbed to death, Sahil happens to arrive at the crime scene just after the stab (i think we all know where this is leading) he sees a chain which has been left by the killer, he is caught at the scene and accused of killing his step father 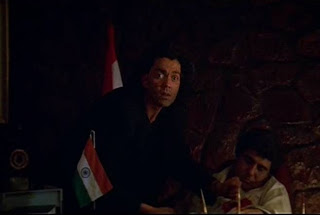 Sahil is accused by witnesses of killing his father by witnesses present at his birtday party arguement with his father. He is sentenced to 14 years in Jail, before he leaves he gives Sheetal the necklace he found at the crime scene, hoping it will someday lead him to the murderer 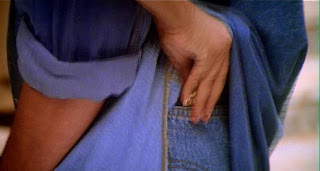 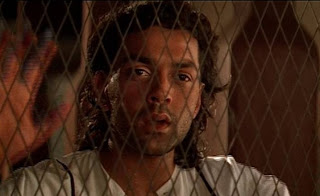 While in Jail he learns of an escape route through the drains, after escaping he starts plotting and pieceing together clues that might lead him to his father's murderer, he goes after the witnesses who accused him of killing his father, also after him is a determined police officer Udham Singh (Om Puri) 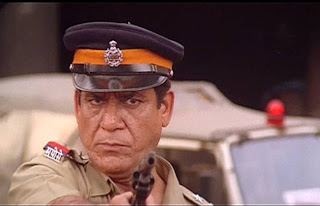 Isha on the other hand soon starts getting jealous of Sheetal and her ever increasing closeness to Sahil, thus commences a love triangle slash suspense thriller, Will Sahil ever find out the murderers of his step father? Will he be able to prove himself innocent? Will Sheetal's love for Sahil prevail over Isha's love?

My thoughts on Gupt is Superb Action Thriller with a dash of romance, and great songs.It kept me at the edge of my seat and i enjoyed the suspense.

Manisha was subtle and sweet in her role as Sheetal, i love how she displays some Animalistic type of attractions towards Sahil

This is my first proper Bobby Deol movie where i got to see him play a lead role, i loved his enthusiastic performance as the angry young man out to find his step father's murderers 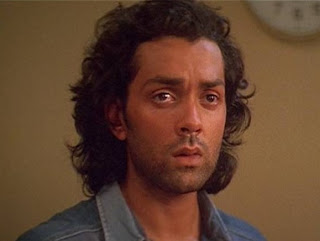 Kajol gives a great performance as well, i recommend you watch this if you're a big Kajol fan, she was so sweet but yet very possessive when it came to her man

The music by Viju Shah is excellent, they all had a very poppy vibe about them my favourites are the breezy 'mere khwabon mein tu' & 'duniya haseeno ka mela' the dancey 'mushkil bada yeh pyaar hai' and the amazing title track 'Gupt Gupt' (see below) filmed with James bond type dancing silhouettes

I never got around to seeing this one, probably because I don't like men's hairstyles in the 90's! And Manisha Koirala isn't one of my favourites, though I liked her in 1942: A Love Story. But Kajol definitely gets my vote. And a suspense thriller? Will watch out for it the next time it comes on TV.

Incidentally, the instrumental piece in the beginning of the title track is from the theme of The Exorcist. Didn't know if you knew that.

Never saw this movie.. I was about to, but my friend took me to Yes Boss instead... sigh !

@ Dusted off its definitely an enjoyable flick, i still haven't seen 1942 a love story,Manisha was good in this though

@ Celluloid Rant thanks for stopping by, yes i realised it was inspired from the exorcist, a very clever use i must say, it blends in so well with the song

I've never been a big fan of Bobby Deol, but i've only realy seen him in Jhoom Barbar Jhoom and Dosti. I'm digging his curly coif though.

I also saw the Bond reference right away, although the opening sequence nearly hypnotized me.
I've yet to see a good suspense thriller from Bollywood yet, though. I might have to check it out.

Love this movie. Especially Kajol. You know what, someone has told me the suspense before I watched this movie. :P Still I enjoyed it. And Yeah, the music !!

@ Shell 60's bollywood is where its at if you're after supense, i recommend Hamraaz, the jewel thief and Teesri Manzil

@ Darshit i knew the suspense too before watching but i still enjoyed the ride, i guess its that sort of film

I enjoyed Gupt like anything. Manisha was my fav actress back then :-)

i LOVED THIS AS WELL, THIS WS THE LAST HUGE HIT FOR rAJIV rAI ONE OF MY FAVE DIRECTORS

Gupt is good and I haven't seen it in sooooo long!

Thanks the BARD,Gupt is indeed a nice entertainer, had me glued to my seat

Bollywooddeewana, you've reviewed almost all of my favorite ones :)
this was also one of the best films of the year... another my kinda-genre (read - thriller, drama, romance) film...
great songs... my fav - mushkil bada, mere khabo mein tu...
if you're a bobby Deol fan don't miss out his early films - Soldier (1998), Barsaat (1995)

I've met Bobby Deol in person,.. this was way back in school in Dalhousie (a beautiful hill station in Himachal Pradesh)... he had come down to meet brother Sunny Deol who was in our school then, for the shooting of Gaddar (not sure if you've seen that film), along with Amisha Patel...

the Gaddar song "udja kaale kava" was shot in our school... a 3 minute song (for which the crew stayed for 3 days)...many other films were shot in our school Shahrukh's Dil Se for one, ...but thats another long story which i shall blog about someday :)

@ Mansi Gupt was not without its fault, but i simply loved it I ahve indeed seen Gadar i loved it despite its rather controversial script and I'm looking forward to that post of yours

I liked it, well especially the story and acting, but I didn't like the directing nor the artistic direction...

Hi Taty's Universe, i loved your review of it as well and it was very much a popcorn flick for me it had me engrossed all the way