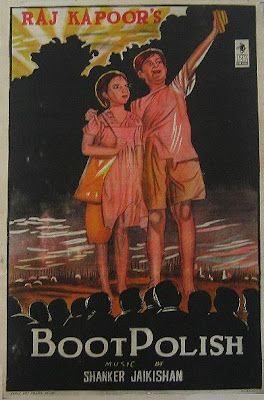 Kamla (Chand Burke) is left with her brother in law's kids Bhola (Tattan kumar) and Belu (Kumari Naaz). In usual filmy style she starts treating them harshly and then makes them take up begging 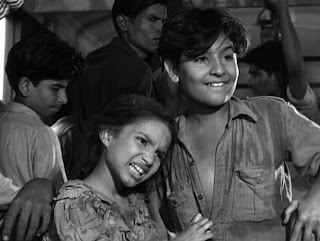 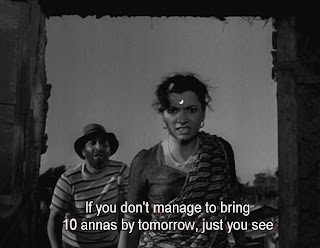 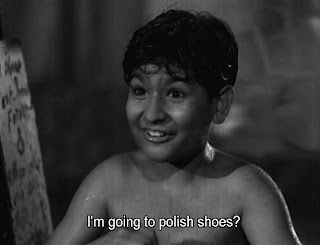 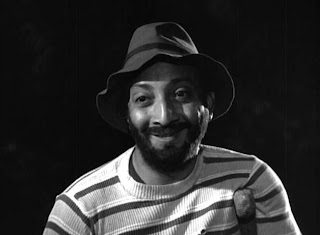 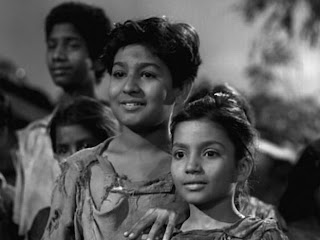 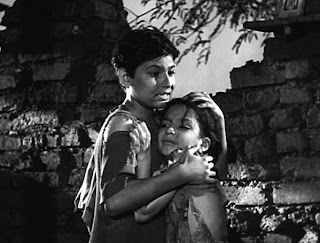 Kamla their wicked stepmother soon finds out about their boot polish trade and the fact they've been hiding money from her, she then kicks them out in anger 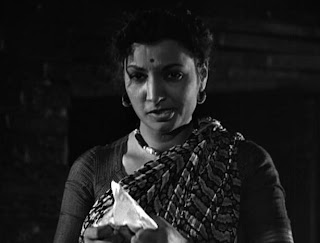 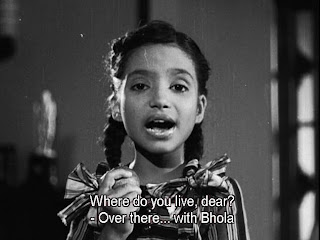 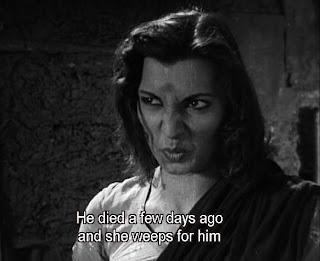 Bholu on the other hand is on the search for Belu 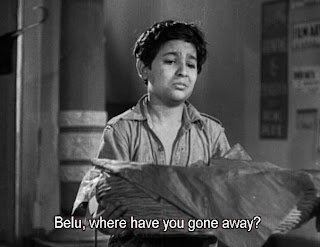 Will they ever be reunited again? Will Belu find out Bhola didn't die? Watch Boot Polish to find out

Overall a wonderful & uplifting even if a little frustrating particularly the last few minutes, which i guess is due to the rather winding and my impatience of whether Belu and Bhola would ever meet plus well placed circumstances that threatens to ensure this never happens, nevertheless this is a great film portraying the harshness of poverty and battle of our ideals over real life situations 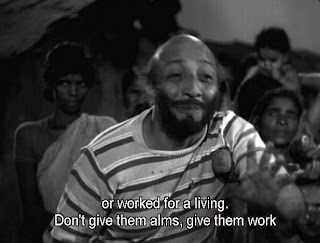 instead takes them up on their good act arguing that rather than give alms, why aren't jobs created instead, which would create greater happiness and satisfaction than begging and perhaps a sign of a newly independent and hopeful India. His character as a christian drunkard also reminded me of this wonderful post by Calcutta chromosome on hindi cinema's potrayal of christians


Wonderful performances from the kids as well, i liked both Kumari Naaz and ratat Kumar's performance but it was Kumari Naaz who plays Belu that got a special mention at the cannes film festival. Her portrayal of Belu was mature and natural 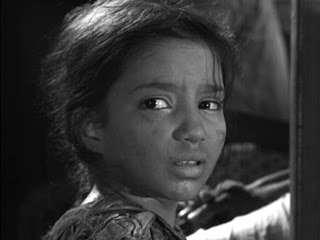 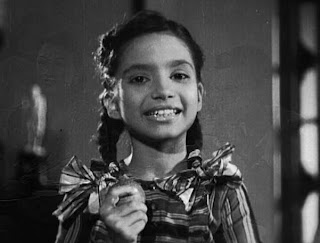 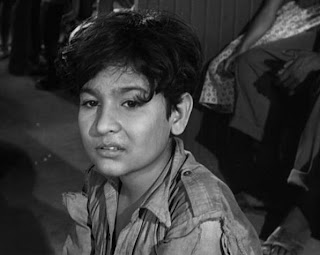 Fine performance from Chand Burke who played the wicked aunt Kamla, who was she, does anyone know anything about her, according to imdb she seemed to have done about 8 movies only, but from her performance here she looked like she had what it takes to be a star 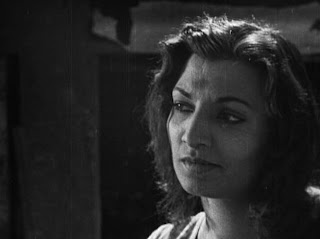 Wonderful music as well from Shankar Jaikishen the awewsome 'Lapak jhapak' (does anyone know if this is can be called a qawali) with John Chahcha and his prisonmates, the fun joyful 'Hum matwale' which is a favourite of mine (however due to the low quality video of it on youtube i chose not to embed it) the traditional melodious sounds of 'Chali kaun se desh' and the fun hopeful sounds of 'Nanhe munhe bachhe'

This one has been on my to-watch list for a long time - I dont know why I havent got round to watching it yet. It clearly needs to be bumped up. I love the songs in this one and love Naaz, too. She grew up lovely and was a great actress - not sure why she didnt make it big. Rattan Kumar, I remember seeing in Jagriti - another kids+message movie with great songs.

That was another great song. Saw this movie a long time back and cried huge gulps of tears during it. Wasnt cynical and hard then .. sigh !

Like bollyviewer, I've had this on my too-see list for a long time, but haven't got around to it yet. Perhaps because I'm sure I'll end up crying buckets... but your review tempts me. And so do the songs: lovely.

I hadn't heard of Chand Burke before, but I've seen (a long time back) at least two of her films - Apne Hue Paraye and Ferry. Don't remember either of them except the basic plot and the main actors, so she seems to have slipped my mind too.

I haven't seen many children-centric movies as I always kind of feel like I'm watching a movie targeted for a younger audience, but this one looks like it would still be relevant for adults too. Tattan and Kumari both look adorable, and so is the song you posted. I may have to break out of my colorized world soon.

@ bollyviewer i wonder why she didn't make it big as well, she was fantyastic in this tahnks for recommending Jagriti, its annoying such classics can't be readily found here in the Uk i'll have to ship it in the next time i orser from Nehaflix/dvddhamaka

@ avdi it is indeed a moving film, however i didn't cry, i 've never cried for a film well apart from the burning train thats the only film that has made me cry ;0(

@ Dusted off i hope you'll love this it is a good film indeed,it would be nice if someone hindi film historian wrote an article on someone like Chand Burke

@ Shell This is a good movie, i'm sure you'll love it, it took me a while to get used to B/w movies too but now i love them just as much

Namaste! Just did a post on this film and stumbled upon your nice review now, so I went and linked you in.
http://bollywoodfoodclub.wordpress.com/2010/01/30/boot-polish-1957-orphan-power/

@ lana_ask Baby Naaz was indeed a lovely actress, but such a pity she didn't hit the same highs as an adult actress