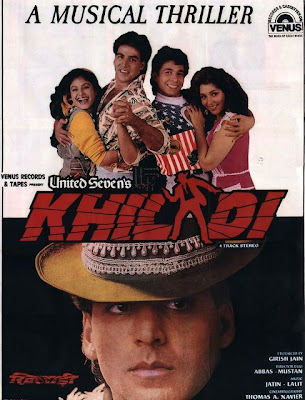 I was in the mood for some old skool Akshay plus this film is directed by one of my favourite commercial hindi film directors Abbas Mustan, as usual with a Abbas- Mustan flick i had lots of fun watching this hilarious even if a bit silly 90's masala

Raj (Aksahy Kumar) and Bonny (Deepak Tijori) are pranksters who bet on numerous things with Raj winning mostly, his uncle Suresh (Shakti Kapoor) is a police officer and he urges Raj to be a more serious minded person 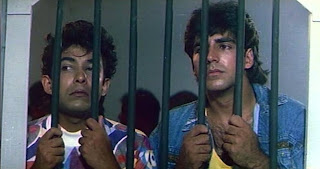 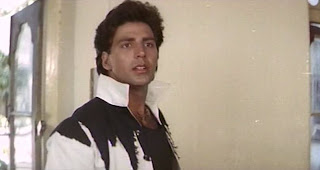 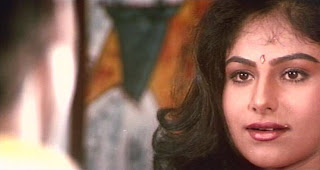 When Raj, Neelam, Bonny and Sheetal (all college friends) are caught in mischief Sheetal's father Kailashnath bails them out 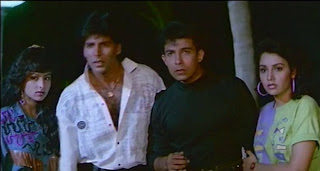 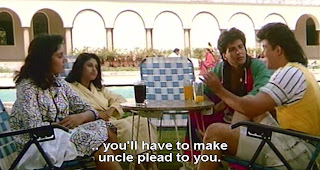 They pull up a prank and call Kailashnath (Prem Chopra) that Sheetal (Sabeeha) has been captured, and should he want her back alive he'd better give up 5 lakhs 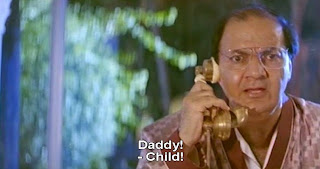 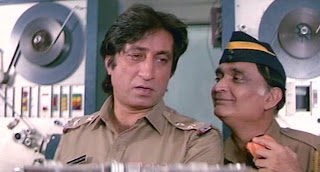 When Raj's uncle asks Raj about Sheetal he denies knowing anything. They get the money and on the way to get Sheeetal back to her dad, they find Sheetal's murdered body where they had left her 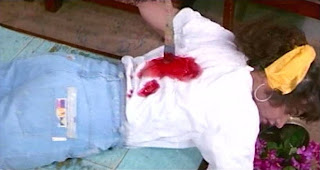 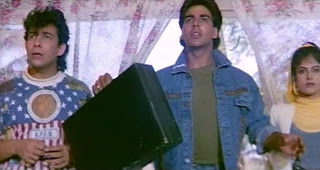 Who Killed Sheetal? Will Raj, Bonny & Neelam come clean and tell the cops about their pranks? How will they be punished for pulling such a prank? Will the killer ever be found?

As usual for most early '90's college set films, Khiladi is a fun, silly and enjoyable escapist fare from Abbas-Mustan in what i believe was their first major hit movie. This film had a vibrant youthful feel and energy and the comedy side plot wasn't too tedious. The suspense element is quite good too, i couldn't have guessed the killer 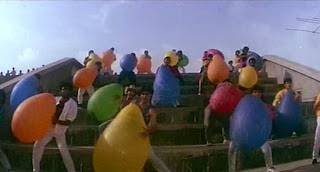 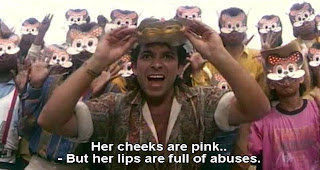 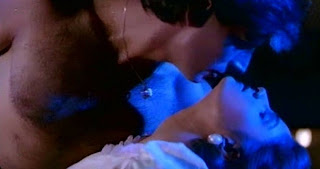 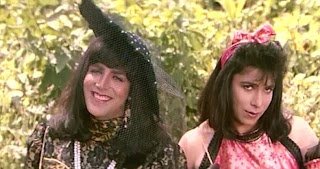 Some hilarious fashion, i think i need to send this picture of Deepak Tijori in the two tone jeans to fugly bollywood 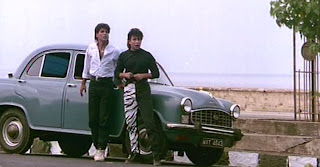 Akshay was fun in this, i find '90's Akshay so unaplogetic and so care free, although i like '00's Akshay as well i prefer 90's Akshay so much more, he just seems so manufactured now 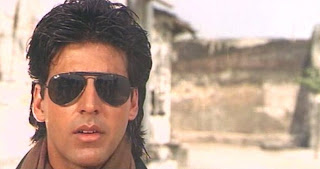 Deepak Tijori was funny and comical too, he mostly produces movies these days, but I miss his 90's antics, he was one of my favourite things about 'Jo Jeeta Wohi sikander' 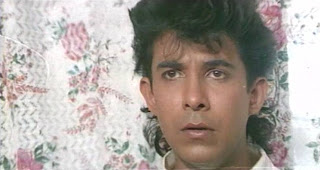 so was Ayesha Jhulka, she's so cute and endearing, does anyone have any news on her 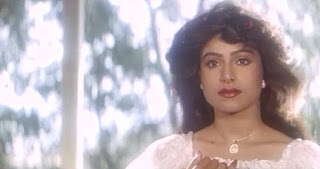 The songs of Khiladi are indeed one of my favourite things about this movie, from the fun 'khudkho kya samajthi hai' which sounds like its inspired a bit by Nena's '99 red balloons' the joyful and highly euphoric kya khabat thi jana the romantic and sensual 'Dekha teri mast' ( check out the dirty dancing style chorography) and my favourite 'vada raha sanam' which just reminds me of how much i love Alka Yagnik

Khiladi is available on Youtube with English Subtitles in 16 parts
Posted by bollywooddeewana at 10:58

dustedoff I've never seen Khel khel mein but seems you're right as i did indeed hear someone comment once that this film is quite similar to Khel Khel mein, i know the songs though particuarly Hamne tumkho dekha, i need to watch it some time

Apart from this one i've only seen Main Khiladi tu anari which i loved i'll definitely be checking the rest out as i do like 90's Akshay he was so raw, so cheesy and unapologetic

This was the first Akshay movie I ever saw (was it his first film?) and loved it. It was pretty entertaining and I liked the songs a lot too (Waada raha sanam is my favorite as well). It does have Khel Khel Mein-vibes but they are mostly because of the college atmosphere and the prank-gone-bad - the actual stories are pretty different.

I guess my favourite early Akshay film was Yeh Dillagi - despite a Kajol with very hairy eyebrows and a Saif who looked more feminine than Kajol did, it was a cute film. And it had a couple of nice songs, too.

@ dusted off i 've had Yeh dillagi as mlow priority on my rental list for ages, i've been hearing a lot about it recently since i'm in the mood for 90's Akshay i think i'll bump it up my list