Hmmm so i had heard lots about this movie plus after repeated hearings of one the most haunting film songs i've heard plus a rather sexy and fresh looking Akshay i thought i'd definitely check it out. When my rental service sent me an email that it was on its way to me i couldn't contain my excitement but all this fell a bit flat after watching the film

Overall i found Border quite an interesting but aggravating watch I'm not one to get involved in politics & i won't pretend to be an expert on the subject of the Partition but i PERSONALLY believe India & Pakistan are one. 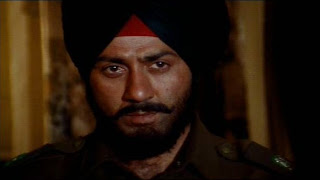 Border had some 'Us' versus 'Them' approach as you can see from the subtitles in the slide below which i felt uncomfortable with, that the director later seemed to create a one India, Pakistan and Bangladesh after this film seemed somewhat phony as i noted in my previous review of his film Refugee (2000) which was 3 years after Border 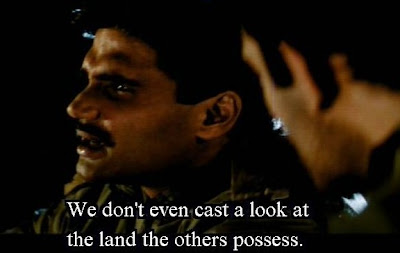 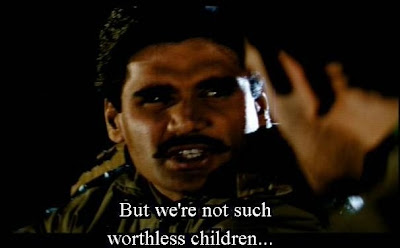 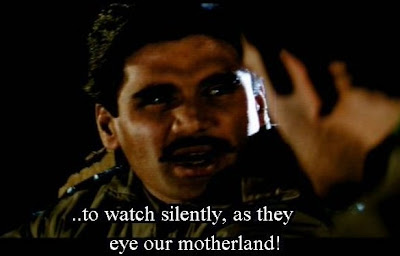 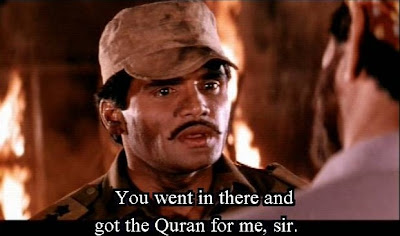 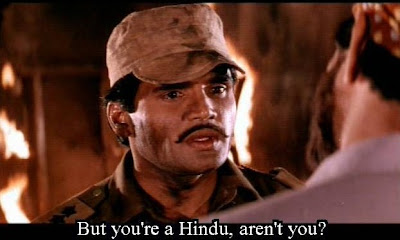 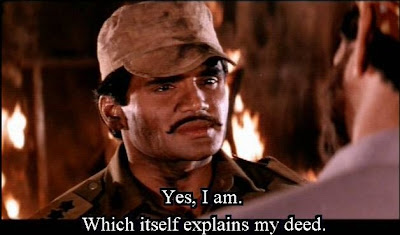 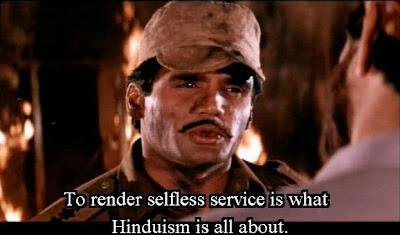 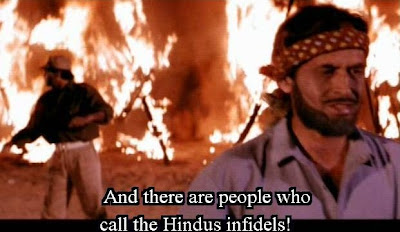 Patrotism is a good thing but belligerent patrotism seems be the point of focus a lot in border, perhaps the director knew some audiences would play up to this as the film was the highest grosser of 1997 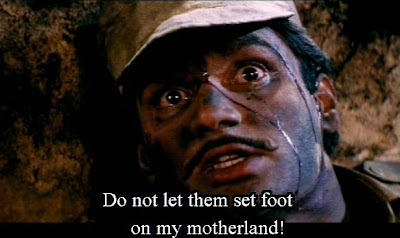 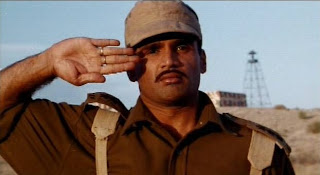 Akshay Khanna was one of the reasons i watched this fim, he was so handsome and he gave a beautiful performance eeven though the film is a bit wishy washy with me, he won the Filmfare best male newcomer Award for his role as Dharamvir Bhan 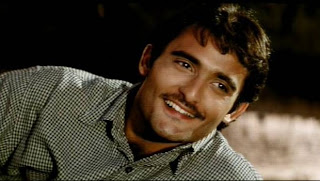 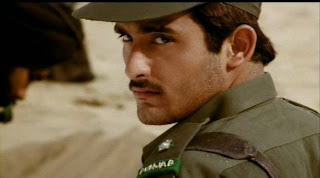 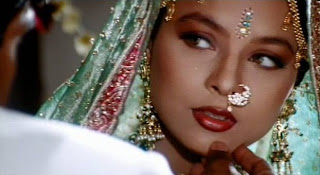 Sharbani Mukherjee one of the wives left behind, i'd never heard of her till this film and if you are getting some Rani vibes from looking at this picture, they are indeed real life cousins 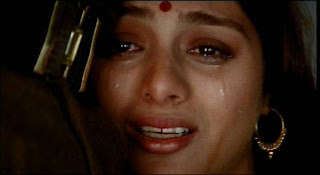 Tabu as the teary wife Pooja Bhatt as the left behind wife 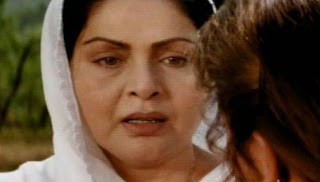 The music of this film is perhaps another reason that stopped me from hating it completely. Anu Malik was as always on top form with the beautiful strings and romantic sounds of 'hamen jab se mohabbat' (watch to see a super gorgeous Akshay) to the quiet soothing ballad sounds of 'To chalun' to my favourie 'sandese hate hain' which is the major reason or rather the first song i saw from the film that made me watch it, this was also the song that made Sonu Nigam a huge star and also got him the Filmfare best male playback singer award, now Sonu fans and lovers of good music hit the play button below


Total Score: 5/10 (extra points for the sake of Anu Malik's music)
Posted by bollywooddeewana at 04:11

Well I agree the dialogues were cringe worthy. But it suited the movie as a masala product.

I too loved Akshaye Khanna's story. Its really touching one. As a son and as a would be husband too, he suited perfectly. my most fav scene is the one when he is leaving his village and meets Pooja at the farm. The song is so fantastic too.

Indeed, i think i watched this one for Akshay too plus i had heard lots about it, i was disappointed but the songs were top notch

i like this movie only 4 songs n like u, fond of "sandese aate hain" n to chaalu.."

Border is the best Bollywood movie on Indian nationalism. It had the patriotic masala no doubt for the audience, but it wasn't as bad as its being made out to be in this post. And its pretty much like any other Hollywood flicks of this genre. However, I bet if the author of this post would have seen a frame to frame and line to line copy of this movie in Hollywood, he'd be drooling over it. But of course, the wannabe in the author and the low self esteem of being an Indian or from the Hindu land plays over and thus this review.