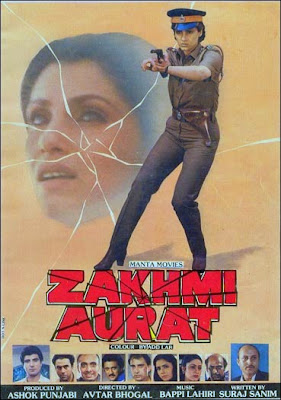 I am back again with one of my favourite genres in 80's bollywood, that of the femme fatale who avenges the wrong done to her by evil men, Bollywood never really gave its leading actresses strong roles, hence why i find films where women have strong roles very exciting. Zakhmi Aurat (Wounded Woman) has made its way onto my favourites list, i applaud this film for its feminist message/issues. This film is also famous for its John Bobbit type events, infact i'm tempted to believe Lorena Bobbitt must have watched this film and was perhaps inspired by it 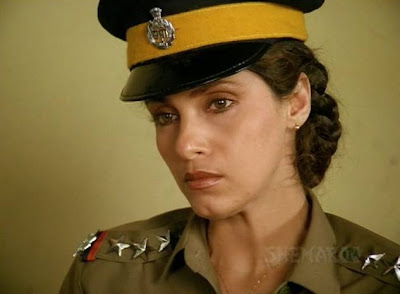 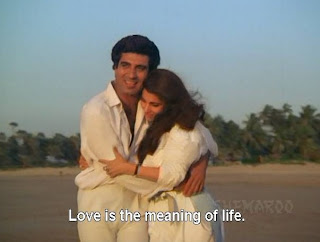 while out jogging one day, she rescues Shanti a woman who's about to be raped, Kiran is keen on getting justice for Shanti and takes the case to court. In court the defense Lawyer Mahendra Nath plays devils advocate asking Shanti if she was a virgin before the rape and other stupid questions, and even when Kiran testifies saying she was a witness, the rapist was let go, Kiran is utterly disappointed 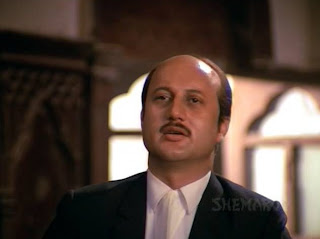 One day while Kiran is making arrangements to meet her future inlaws, her house is raided by a gang of four men who rape her 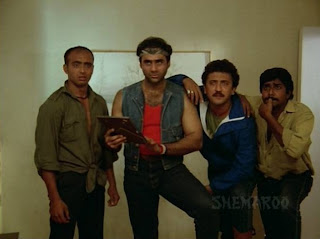 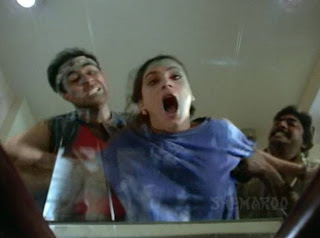 The news come as a shock to the Police force as Kiran is a well respected officer, plans are made to catch the gang as soon as possible

Kiran on the other hand is traumatised and Suraj stands by her as a rock of support, his mother however is none too pleased and contends he can't marry her anymore, but Suraj stands up to her and fights for the love of his life, his mother isn't too pleased 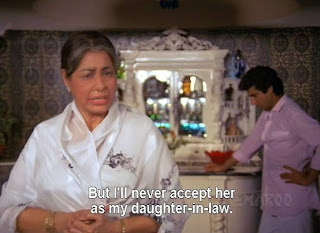 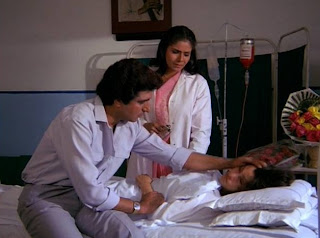 The men are found and tried to court where Kiran is accused of instigating the rape & in fact raping them, her lawyer contends this is untrue/inmpossible since she's a woman and too a woman against four men 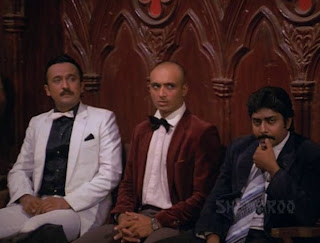 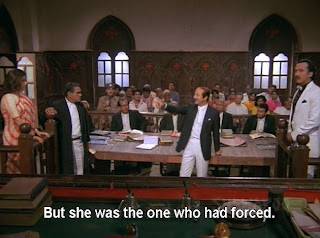 at which point Lawyer Mahendra Nath who had been bribed presents the judge with a newspaper proving this can actually happen, the men are released and all charges against them are dropped, Kiran as any one would be is hugely disappointed 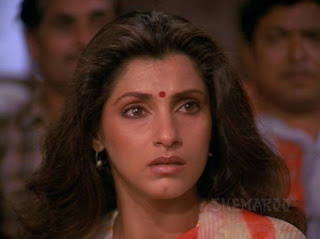 She decides to leave the police force but Suraj urges her to stay on and fight for the sisterhood. She soon starts receiving letter of support from women & rape victims around the country and a sisterhood of women against injustice is formed 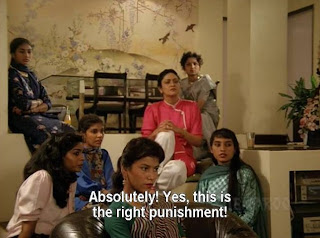 One of the C.E.O's of the sisterhood is Dr. Asha ( Rama Vij) whose child had been raped, another is Salma (Aruna Irani) whose sister had been raped, together along with various victims Dr. Asha poses the questions you can see below 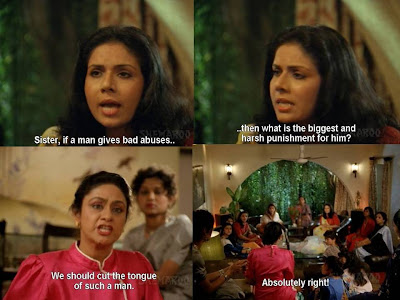 They come up with the idea of castrating the rapists ( I was rolling on the floor with laughter at this point, and shouting & clapping "you go ladies") 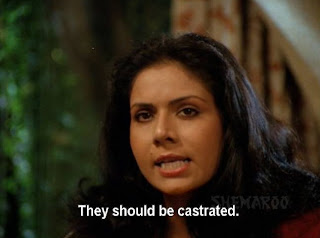 How will they do this you ask 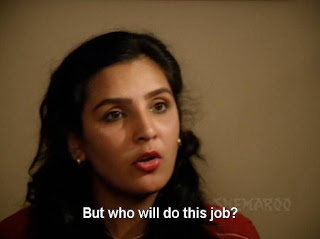 Kiran will go through the police files finding out the rapists, the women will then lure the men with their beauty and sexual powers along with spiked alcoholic drinks that would put them fast asleep back to Dr. Asha's surgery where they will be castrated 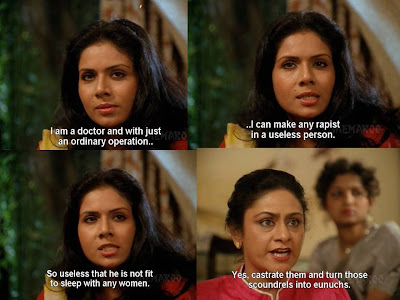 Watch as the women begin their castration fest and grab headlines, sending shiver down the spines of men all around India 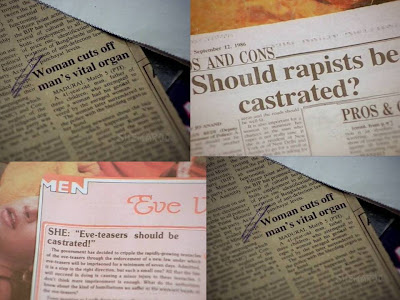 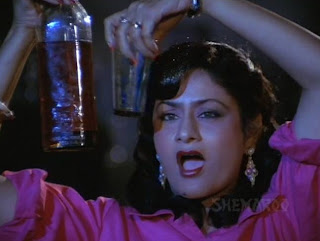 Aruna luring an unuspecting victim into the den of castration 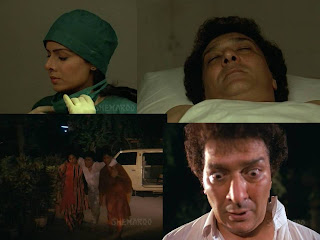 The Zakhmi Aurat team at work

Will they ever be caught, who will bear the reponsibilities, will kiran be able to exact revenge on those who raped her? For these and many more reasons watch Zakhmi Aurat

I thoroughly enjoyed this film, it brought out the feminist in me, i was clapping and cheering for the sisterhood, yes it was somewhat far fetched (although not too far fetched, there are some real life cases ala John & Lorena Bobbit, Sada Abe, Lam & Tse case) but its engaging and you get emotionally involved with the characters, it retains its seriousness and isn't spoiled by any tedious comic side plots, of course some masalaic formulas are added but that i believe, was to lend the film commercial viability, and of course there are some plot holes here and there but this film is a real winner for me mostly for its feminist stance

Feminist issues the film highlights/pushes for is the respectability and purity of women, it also highlights loop holes in the law and how it mostly often favours men (calls are made for changes to be made), the politics of rape (the word of the man against that of the woman) another interesting issue the film touched on, was the report of rape cases, should families or victims report or keep quiet about rape cases, if they do/don't what effect will this have on their honour, will they be willing to save their honour rather than get justice? 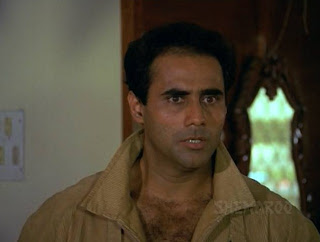 Another great point we get to see his how the Penis is central to a man's sense of identity/self, once castrated the men find it hard to make sense of their masculinity and usually ended up committing suicide 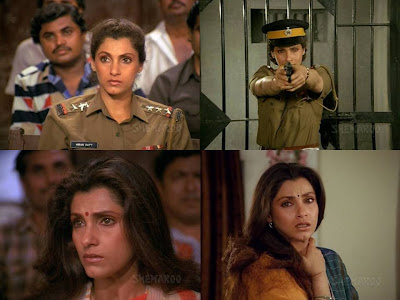 Great Performance from Dimple Kapadia this was a one woman show, she was so passionate and convicting in her performance, she truely got into the skin of the character, word has it that this movie caused her embarrassment, I say there's nothing to be embarrassed about Dimple, a film that speaks and fights for the cause of women is nothing to be ashamed of. I'm a lifelong lover of Dimple Kapadia after seeing her in this, She also kicks ass in a major way, see a compilation clip of her best ass kicking moments in Zakhmi Aurat 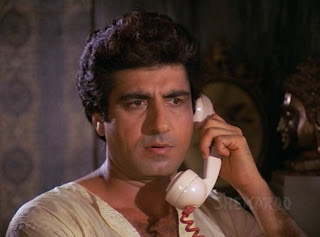 I also loved Raj Babbar as the supporting boyfriend, his role could have easily become the atypical filmi boyfriend gone bitter not wanting to marry his girlfriend after her ordeal, but he stands by her all the way

Bappi Lahiri has provided some good concotions, i love the theme song 'Zakhmi Aurat' the seductive 'Pal pal jale' where a wife tries seducing her castrated husband, the hilariously fun 'Toba Toba Allah Toba' where we see Aruna Irani luring a man into the castration den. My favourite however has to be 'Pyar mila subkuch mila' for its pure 80's bollywood romantic sounds and mood

Total Score: 7/10 ( Feminist Masala at its best)
BUY DVD
Posted by bollywooddeewana at 08:34

That era was full of such movies. As a kid i too enjoyed watchin her taking revenge. (yup, i know i shud haven't seen such movie at that age! ). Have u seen vijaya shanti's movie with the same theme? (can't remember the name right now) its awesome too.

OMGGGG this is hilarious, the castration den! LOLOL sorry i can't contain my laughter, but god i love the 80's female kick-ass films as they have me screeching "You show him, girl" every two minutes and i definitely have to find this!

I've noticed in the TV listings that Zakhmi Aurat is shown fairly often here, but I've never got around to seeing it. But from your review, it sounds like a must-see! Dimple Kapadia, post comeback, is gorgeous (I think she looks fabulous in uniform too), and that last screencap from the 'Zakhmi Aurat team at work' is priceless :-))

OK so finally the Zakhmi Aurat review is out. I enjoyed it throughly. Looks like a fun movie. The theme is pretty unusual. I am sure quite a few men stayed away from women after watching this.

Looks interesting. I'll have to keep this title in mind.

@ Darshit yess what were you doing watching this at such a young age...Lol i was like you i watched horror film and other violent films unsuitable for kids as a child. I haven't seen Vijayshanti's one, tahnks for the tip i've done my research and seems its called 'Karthavyam' Sridevi too had a film called 'Sherni' where she kicked ass and rekha had another one called phool Bane angaarey' i need to watch all those

@ Rum Lol indeed, this film had me cheering for the ladies by all menas do, its on youtube without subs in about 20 parts

@ Dusted off I enjoyed eacha nd every bit of this film catch it when it comes on TV. I knew i had to share that screen cap, those scenes had me in stitches

@ Avdi i'm sure they did i had fun watching this movie, its not for everyone and it does a get abit clumsy at times but i loved Dimple's performance and the general female empowerment the movie was advocating

Here's part 1 for anyone who wants to watch

Wow this film sounds amazing. I cant wait to get a hold of its DVD. I was watching Zeenat Aman's Insaaf Ka Tarrazu the other day which has a similar theme (Raj Babbar plays the role of the rapist in it).

Thank you for the review. I'll definitely look for its DVD now - cant wait ! :)

@ Scandalous Diva, i loved it more so for its social content and yes it is quite similar to Insaf ka tarazu which is another one of my favourites

I liked your blog and specially this section of Zakhmi Aurat. Its good to see people really enjoying these kinda movies. Its filled with social messages and strong feminist voice, a rare thing in Bollywood. Keep up the good job. :)

@ Ashes Thank you so much for your kind words, I do indeed love this film for that exact reason you pointed out

I liked your blog and specially this section of Zakhmi Aurat. Its good to see people really enjoying these kinda movies. Its filled with social messages and strong feminist voice, a rare thing in Bollywood.

Your blog is very interesting, i like the fact that you use many images to discuss movie scenes, most of the post are good read. The cover page with the collage of movie posters is really nice. I am writing my master' dissertation on women sexuality in Hindi Movies, so your section on femme fatal was really interesting to read. Was just surfing for movies on women sexuality around and found out that this movie Zakhmi Aurta is actually a copy of The Ladies Club (1986).
Era of 1980s is called as era of 'angry young women' which replaced Amitabh Bachchan as the angry young man

@ Ridhima Thanks for your very kind words, I truly appreciate but most of all thanks for letting me know Zakhmi aurat was a remake or shall i say was inspired by The ladies club

This is great film of his time i have watched online movie Zakhi Aurat on www.geokahanilive.blogspot.com