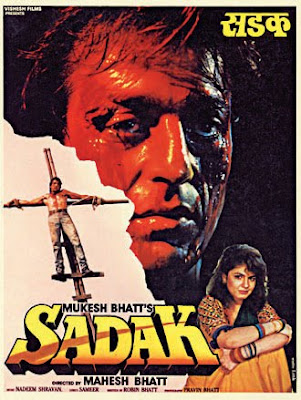 One thing i've noticed about Mahesh Bhatt's earlier films is how tightly scripted they usually are, most times his films eliminate unnecessary dross or comic side plots and just keep their basic plot. This is one such film with great performances, good songs and a hilarious Hijra you don't want to mess with

Ravi (Sanjay Dutt) is a hard working taxi driver who's deeply traumatised by his sister Roopa's death. He hopes to catch the person responsible for her death 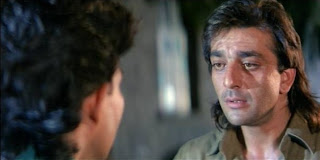 He meets Pooja (Pooja Bhatt) and he falls for her at first sight, their love is threatened when Pooja's uncle sells her off to a pimp called Mahurani 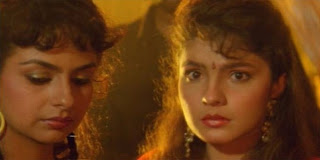 Mahurani is one Hijra or the closest description i could find for a Hijra this side of the world would be a Transgender but you can read more on Hijra's here) you don't want to mess with, he/she has his own personal hairstylist and manicurist and he makes "Top whores" out of innocent young girls 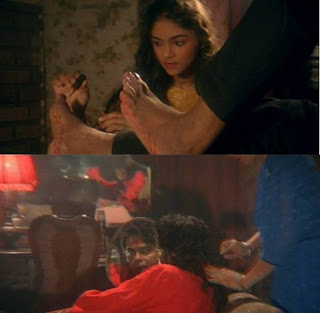 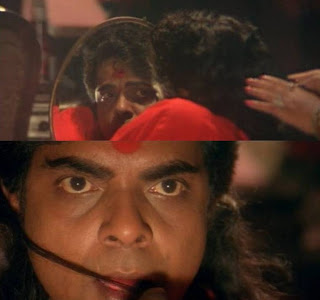 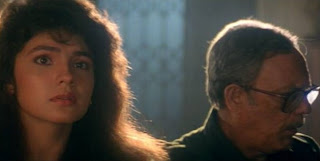 After he returns her to the brothel, he starts making plans to get her out again, this time Maharani gets suspicious and demands he does whatever he wants to do with her in the brothel. Ravi forces his way out of Maharani's brothel with Pooja

Ravi gets Inspector Irani (Pankak Dheer) involved letting him know about his and Pooja's escape from Maharani's brothel, unknown to them is the fact that inspector Irani works closely with Maharani 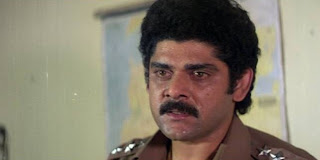 Will they be able to escape Maharani's evil tactics? What evil tricks will Maharani does he have up his/her sleeve?


Overall Sadak was an entertaining watch as i've noted the film is well paced and tightly scripted with no room for silly comic side plots, the only funnies (sic) came in the form of the villain Maharani's antics

the super fierce Maharani
Sadashiv Amrapurkar as Maharani steals the show, his hijra act was so camp, over the top and ridiculous. From the way he twirls his hair and flirts ridiculously while carrying or about to carry out treacherous acts, Maharani has to be one of the funniest villains of all time in bollywood. he won the filmfare best villain award for his performance and rightfully so, he deserved it. See him in action here at around the 2:15 mark 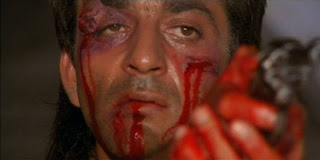 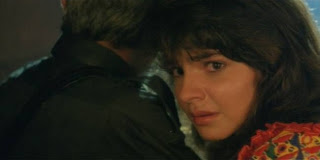 Pooja Bhatt is the perfect damsel in distress and she plays it to a T, the look on her face when she's taken to Maharani's brothel is priceless, she genuinely looks scared of him 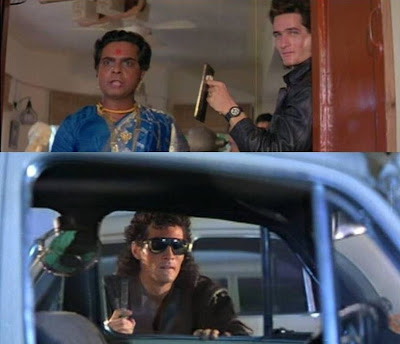 And oh yes we have heard countlessly about Bob christo & Tom Alter but i had never heard of another token white villain by the name of Gavin Packard until when i saw him in this, like Bob Christo he was mostly the villains henchman in '90s bollywood films, his imdb page lists him in over 50 movies. I have no idea where he is from and there's hardly any information on him so if anyone knows much about him please leave me a comment 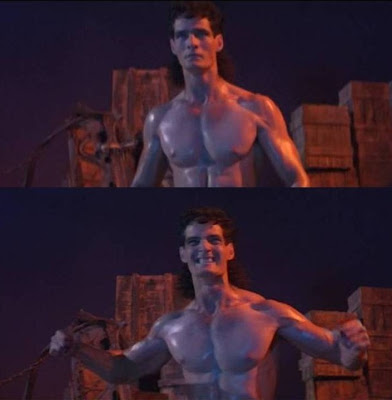 
Great songs from Nadeem -Shravan, these guys totally owned '90's hindi film music most of my favourite '90's tunes are from them. The soundtrack to this is a winner as well with ballads such as 'Zamaane ke dekhen hai' the breezy 'hum tere bin' the earworm worthy 'Dhin dhin tak' the sensual Tumhe apna banane and then my favourite the happy clappy and well choreographed 'rehne ko' which just makes you want to get up and do the dance moves

I never saw Sadak, because I couldn't make up my mind whether I liked Pooja Bhatt more than I didn't like Sanjay Dutt! (I prefer him in later films such as Parineeta or - of course - as Munnabhai). That long hair curling over the collar just freaks me out. But a film with a good, well-plotted story and no comic side plot? Must put this on my list.

@ Nicki its anenjoyable watch, i rented it but its one i could rewatch over and over if i had the dvd

@ dusted off i liked him in Parineeta as well, i'm yet to see munnabhai but i liked him in lage raho Munnabhai. Sanjay's mullet doesn't really bother me, looks like he was inspired by rock stars of the time..Lol

Do rent it, its an enjoyable flick it doesn't drag on and it just closes in at about 2hrs 12 mins

Gavin Packard he use to Stay @ Andheri East PNT Colony, in his Family his Wife and 2 Daughter

Thanks a lot for the Information Suzy, i had long wondered about him as there wasn't much information on him. Do you know where he's from, is he American or British

Dear miss Suzy, Iam searching for mR gavin packard for an action project funded by US based investors.If you can give me a excat adress of mr packard i will be very much graetfull.Please mail me at transpacificst@gmail.com

you will be shocked at the state of Gavin Packard now....

Thanks a lot Anonymous for that information, i wish Gavin a speedy recovery

Gavin Packard was also Sanjay Dutt's personal trainer before the movie 'Khalnayak'. Dutt's body, ravaged by drugs, was brought into top shape by Gavin and Sanjay Dutt gave him a credit for that. Gavin shot to fame as Superman in 80s when he appeared as Superman in various advertisements. He unfortunately died a pauper at Vasai in 2012 (so was reported by Mumbai Mirror). May his soul rest in peace.