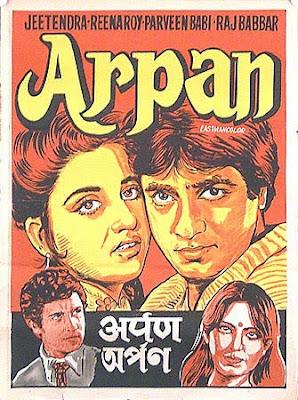 This movie was like watching a train wreck, i was pretty sure how it was all going to end, but the decent performances, good songs and soap opera style storyline kept me watching

Anil (Jeetendra) and Shobha (Reena Roy) are in love, opportunities arise and he has to leave India for work abroad. He puts Shobha in charge of his family, Shobha is honoured by the amount of trust Anil has placed on her, little does she know this would also traumatise their relationship 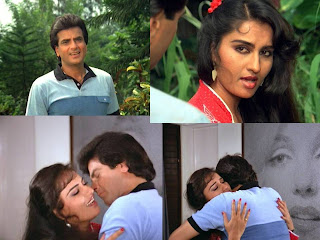 Shobha's Boss JK (Raj Babbar) tries to take advantage of her, she insults him telling him where to get off, he promises he will get her back 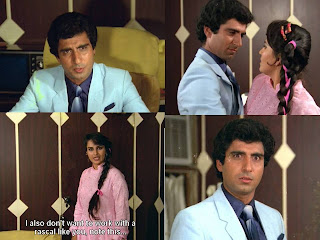 Meanwhile Anil's sister Vinnie ( Priti Sapru) is impregnated by her lover Rakesh (Shashi Rani), he decides they abort it, but she tells him its too late. He decides they'll get married to prevent her being stigmatised, he however has to borrow money from his boss who surprise surprise turns out to be JK 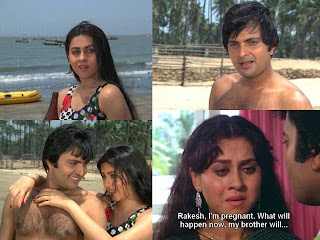 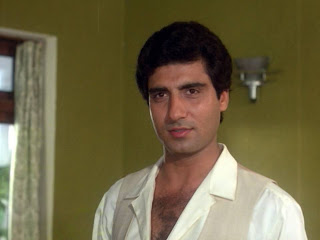 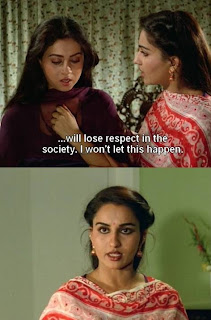 JK arranges for Rakesh's release and he and Vinnie get married, Shobha too gets married to JK and she discovers what an asshole he truly is when he starts abusing her verbally & emotionally, talking down at her amonsgt friends, he even disrespects her by bringing numerous women to their marital home 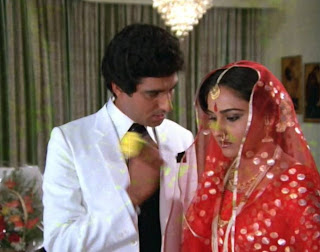 Shobha keeps on being the good wife, she's so annoyingly good that even JK is surprised and confused if his evil actions aren't driving her up the wall 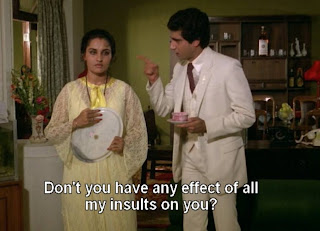 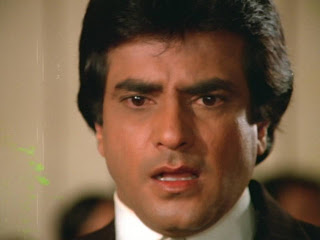 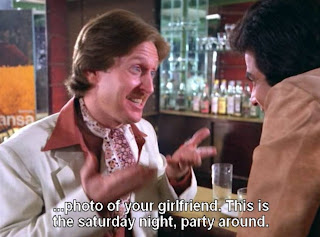 if only he had listened to Tom Alter's advice

While on a trip to drown his sorrows, Anil meets Sona (Parveen Babi) a singer, he finds solace in her music and company, the two fall in love 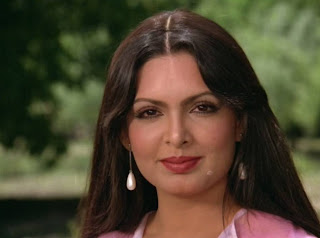 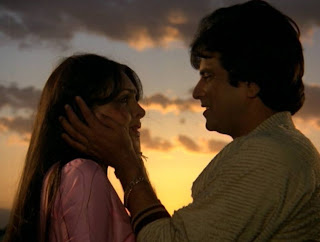 Meanwhile the evil deeds of JK catch up with him, he's diagnosed with Liver Cancer and given months to live 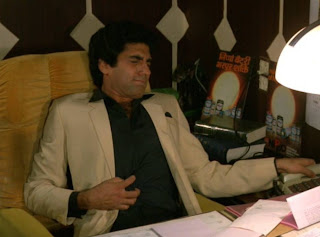 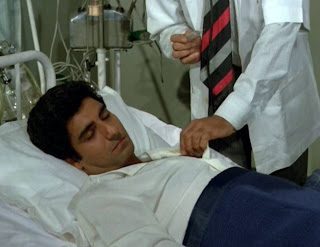 and surprise surprise he turns over a new leaf and starts being all nice to Shobha, he even takes her on a weekend trip to the same resort Anil had gone to drown his sorrows 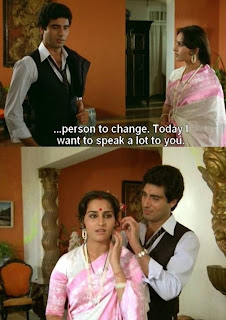 How will things turn out, what will Anil's reaction be when he sees Shobha?, will he be able to forget her or will they come back together since she's soon to be a widow anyway, Watch Arpan if you dare to find out all the answers

As i've said this movie is a melodramatic soap opera of sorts, soap opera lovers will find this delightful with all the over the top going ons. I'm not a lover of soap opera's, but i secretly enjoyed this film, i knew it was going to be a train wreck in the end,but it kept me involved and i was curious to see how things would turn out, If you watch a lot of hindi movies you should know/be able to guess how it all ends.

If you're a red blooded feminist, who can't stand such movies about the plight of the self sacrificing woman, stay well away from this film as it would surely irritate you. 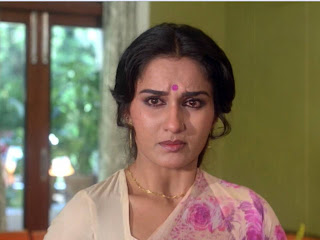 Poor Reena Roy she always suffers in all her J.Om Prakash movies, her performance was credible, entertaining but at the same time annoying due to all the unnecessary self sacrifices 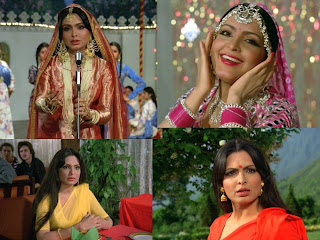 It was weird seeeing Parveen Babi in traditional attire, i've seen her in so many movies in non traditional clothes that it felt different/weird seeing her clad all the way through in Sari's

Great soundtrack from Laxmikant Pyarelal the rhythms of 'tauba kaise hai nadaan' where we get to see Parveen show off some dance moves, 'tu meri shaadi', a cool mujra 'Likne wale ne likh dale' my favourite however has to be 'Pardesi jake' a sweet contemplative romantic song

Total Score: 6/10 ( A watchable & enjoyable melodrama of sorts, even if somewhat highly irritating)

BUY DVD
Posted by bollywooddeewana at 13:29

I'd probably like it, in spite of Raj Babbar(there's just something about his screen presence that irritates me). I actually considered ordering it a while back, during Nehaflix's $5 DVD sale.

I prefer the way Parveen looks in non traditional clothing. There's just something about her look that screams "Westernized!"

I feel like I should like Reena Roy a lot more than I do. I mean, I think she was lovely, and a decent actress and good dancer, but I could never totally get into her.

I liked Priti Sapru in Nazrana. I didn't know until now that she was in this movie. I love the way she looks in that screencap.

I saw this film long ago and was trying to remember what it was called (all I remember was that Raj Babbar was the bad guy who bullied/blackmailed someone else's sweetheart into marrying him, and then reformed when he fell seriously ill). Somehow I seemed to remember Smita Patil as the woman he married in the film - I wonder if he acted with her in another film of this type?

Despite the presence of Raj Babbar and Jeetendra (both of whom are way down in my list of even bearable actors), this is a film I want to see again. Much melodrama, but entertaining nevertheless.

If you want me to create a header with images that you want, you can email me at: sujoysingha+blog@gmail.com

@ Lapetitediva You might just like it indeed, it was annoying but oh so entertaining in a weird kind of way. I don't know what irritates you about Raj Babbar but i do like him, i don't mind him at all

@ Dustedoff you're so right, it was entertaining which is why i kept watching even though i knew it was going to be a trainwreck at the end, it holds you in and the songs are good too.

I wonder if he did a film with Smita on this theme too, they did do a couple of films together, i've only seen one 'Awam' but they were more like the side charaters in that

@ Sujoy Thanks, i'll be sure to alert you

I'm so jealous! You're watching all these 80s oldies!! I haven't seen this one but I have to!

I'm sure you'll like it Nicki its full on entertaining melodrama

80s, soap opera, trainwreck...that means I'm going to love it :D. I definitely plan on checking this one out.

tiff do let me know what you make of it, i myself love such films

Which locations were used for shooting the scenic and beautiful mountains and lake and river scenes where Jeetendra meets Parveen Babi. Wondering if these locations are in India?