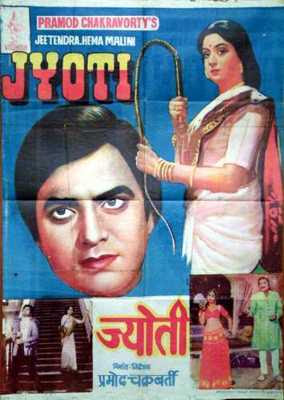 Govind (Jeetendra) the son of Zamindar (Ashok Kumar) is a retard, he's fed pills that make him retarded by his stepmother Sunanda(Shashikala at her eyepopping best) 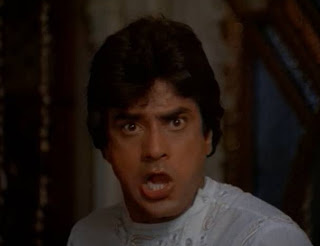 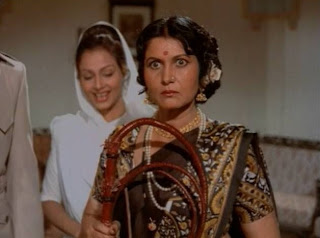 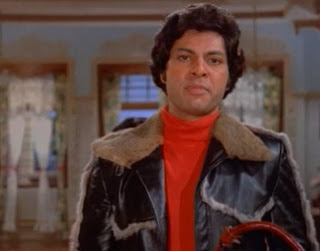 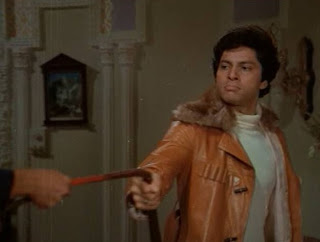 Gauri (Hema Malini) a fierce knife wielding, whip lashing damsel stands up for the right of the poor vilagers much to the anger of Niranjan 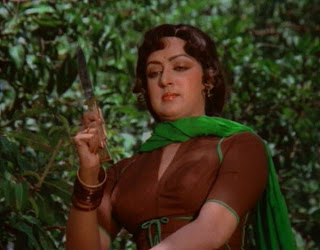 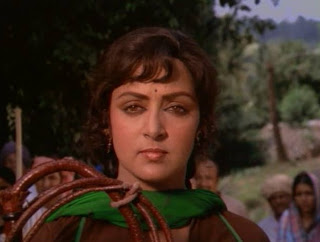 Gauri wins the affection of Zaminder who takes a liking to her braveness and her willingness to satnd up aaginst his step son's tyranny, he proposes for her to be his daughter in law 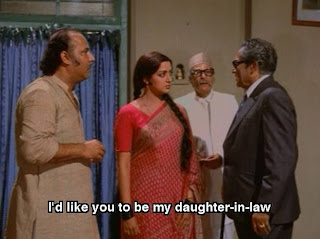 Zamindar tells his wife Sunanda, who isn't too pleased about getting her son married to a lower class girl like Gauri, she contends that Gauri be married to Govind instead. Zaminder is hesitant at first but he goes along with the idea 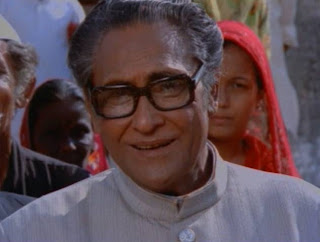 On the day of the wedding when Gauri's father realises she's being married off to the retarded son, her father stops the wedding but Gauri persuades him otherwise and she and Govind marry 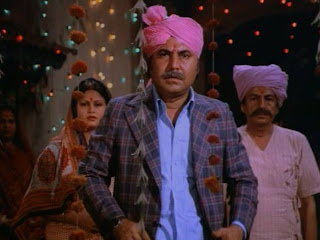 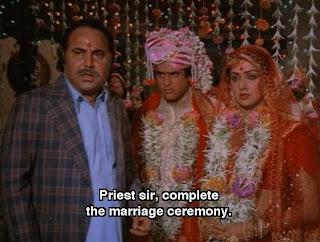 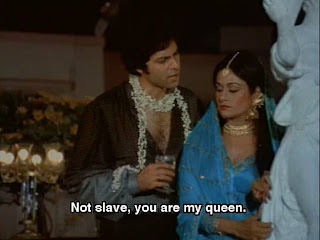 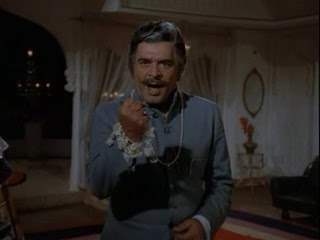 Following their marriage Gauri realises Niranjan and his mother run the household and maltreat Govind and they're in fact the reason for him becoming mentally retarded, she sets out to teach them a lesson 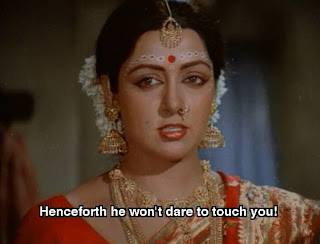 Watch as Jyoti takes matter into her hands, and goes about setting the house in order

Indeed as you might have noticed this movie is quite similar to Beta (1992) in the aspect of the daughter in law teaching her husbands relatives a lesson, here Hema Malini plays a role similar to that of Madhuri, major difference being that Hema kicked or should i say whipped some major butt. 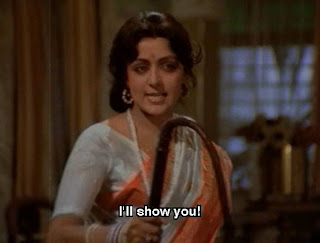 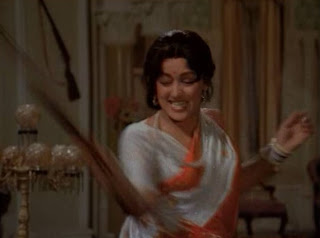 An enjoyable film overall, I watched this film out of curiosity for the sake of one song (more on that later) and i love most of the cast too, its all in all a fun film, its slow in parts but the songs are great, overall its quite an enjoyable movie

Great soundtrack from Bappi Lahiri, this was a step away from his disco oreinted numbers, theres the fun 'Chidiya choon choon' pictuised on jeetendra where he sings 'Happy birthday to me' the quiet ballad 'sooni sej saja doon' and another sensual ballad 'angadai leke prem' but my favourite and infact the reason i watched the film is because of the 'Thoda resham lagta hai' song which gained immense popularity after it was sampled in the 2004 super smash R'n'B track 'Addictive' by Truth Hurts featuring Rakim ( see it embedded below)

Thanks to Richard S. for the Information
Posted by bollywooddeewana at 13:01

In this case, the remix version may have done more to popularise the original rather than the other way round! I dont remember noticing the original at all till the remix began playing all over the place.

You had me hooked at the part where the evil stepmother feeds her son pills to make him retarded. Oh man...they don't make movies like this anymore...

I've seen this one, and remember thinking that it's an almost exact copy of a Guru Dutt-Mala Sinha B/W film called Bahurani, in which he's a retarded man, oppressed by his stepmother and her son (played by Feroz Khan; I've forgotten who the stepmother was). Shyama plays the stepbrother's love interest. Okay film, the songs are good.

ya. many remakes of this one. I am sure it was based on some kind of a story. Guaranteed a lot of seetis when the bad ppl get whipped :)

There was a controversy around the Tuth Hurts remix of "Thoda Resham Lagta Hai" because Truth Hurts' music company got sued big time over unauthorized use of Lata's vocals. There was actually an earlier remix that Truth Hurts based her song on, UMI 10's "Kaliyon Ka Chaman Jab Banta Hain." That one's better, and I think those remixers knew a bit more about the original source, judging by interviews I've seen with Truth Hurts (who referred to the source of the sampled vocals as "this Indian girl we heard on the radio"...).

...and infact the reason i watched the film is because of the 'Thoda resham lagta hai' song...

Same here. In fact, I really watched only that part, and some of the beginning. Never got around to viewing the rest because I sold the DVD. If I find it on YouTube, I might have to give it another try.

I love this film, I watched it on Tv once and found Jeetendra can act if he really tries hard ! But love the ass whipping that Hema does here though i do think Madhuri did just as good ass whipping in Beta as Hema did here!

@ bollyviewr i'm sure tahts true to a certain extent, i wasn't too much into bolywood at the time the addictive song was remixed but i loved its so much

@ Ness They sure don't, i miss such whacky tales myself

@ Dustedoff tahnks for telling me about Bahurani, looks like this storyline/plot has been recycled so many time

@ Richard S Thank you for that, it does indeed sound a lot like kailoyon ka chaman even the choreography seems to have been ripped off

@ Lapetite diva It was ok, you should have given it a go, i didn't regret watching it, i haven't seen it on youtube but if you do come across it go for it, its watchable

@ Rum I've always liked Jeetendra and never really had a problem with his acting, i don't remember Madhuri whipping ass in Beta, Madhuri mostly used her tongue,and what bitchy camp dialogues she had in Beta. I need to rewatch, I utterly loved Beta

Been a while since I've seen this! Thanks for bringing it back and reviewing.

Bout Bollywood remixes, sometimes I don't mind...but the remixes DOES Make me want to watch the original and show others why they are classics.

You're welcome Nicki, i myself like watching films even if its just because a s ong from it has been remixed, one i'm trying to find is 'Dil tujhko Diya' which contains the popular 'Tu vaada na tod' song which was played in the 2004 Jim Carey film 'eternal sunshine of the spotless mind'

Your blog keeps getting better and better! Your older articles are not as good as newer ones you have a lot more creativity and originality now keep it up!

Can anyone help me find this movie with english subtitles? I live in the USA. Any help is MUCH appreciated as this film seems to have been completely eradicated.

@ John i believe you sent me an email regarding this, I've responded but you can get the dvd at india weekly
http://www.indiaweekly.com/datacart/products/template_dvd.asp?ProductType=dvd&Rental=Sale&Detail=Detail&ProductId=4209