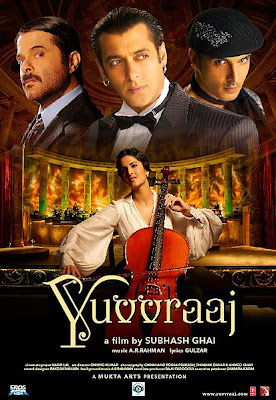 Ahh Yuvvraaj, one of last year's eagerly anticipated films which got slaughtered upon its release, the movie flopped and the huge star cast, fabulous songs and breathtaking locations couldn't save it. So what is Yuvvraaj about and why did it flop

Deven (Salman Khan) is in love with Anushka (Katrina Kaif) with whom he's in the same orchestra, Anushka brings him much happiness as he has been rejected by his wealthy father, they plan to marry but Anushka's father does not like Deven

When his father dies, Deven returns home hoping to get his share of his father's property, he makes a pact with Anushka's father (Boman Irani) to give her away if he does not return from London a billionaire

When he returns home Deven alongside his two brothers Danny (Zayed Khan) a spoilt rich brat and Gyanesh (Anil Kapoor) who is autistic. Their father leaves all his fortunes to Gyanesh and leaves Deven & Danny with 5 Crores each

smiley carefree Gyanesh
Deven and Danny are angry and full of envy, they both come up with a plan to swindle the money off Gyanesh. Danny suggests a harsh plan for them to kill Gyanesh off but Deven calms him down telling him they must win him over with love

Thus Deven starts displaying loving acts towards Gyanesh, he even takes him back with him to Austria

Will Deven & Danny succeed in killing Gyanesh? Will Deven be able to become a billionaire just in time to win Anushka's fathers approval?

Yuvvraaj wasn't an all out bad film, i found it quite tolerable, i think it failed to connect with audiences due to its moralistic Soap opera style storyline and melodrama, another thing that really dragged the film down were the foreign extras, some of them seemed to be laughing or at least looked like they were trying to stop themselves from cracking up, maybe if the film had been set in India it might have been a little different

Salman Khan who i actually like looks really tired and gives a lacklustre performance, he looked like he needed some rest

Katrina is really beautiful in this, although she doesn't have so much to do, she does what's required of her really well. After hearing so much of her beauty and failing to see it, i saw it for the first time in this movie

A.R. Rahman's music is what i really cherish about this movie, from the upbeat foot tapping 'Shano Shano' to the happy cheerful 'Mastam Mastam' the reflective 'Tu meri dost hai' and the wonderful ballad Tu Muskura 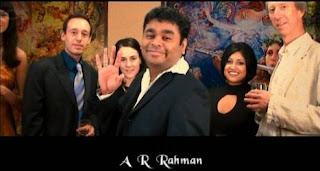 The music mogul Himself 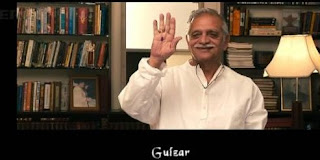 Gulzar the maestro Lyricist
Posted by bollywooddeewana at 09:54

I have been curious as to why this movie didn't do well. It is one that I didn't have any desire to see, but I have several of the songs on my ipod. Is it worth a watch, even for a non-Sallu fan?

I found it tolerable, watch it for the songs perhaps,they are wonderfully shot, Anil Kapoor would be another reason to watch it

I know that the PPCC's favorite soundtrack of last year was Yuvvraaj so maybe that'd make it worth a go.

I probably will never get around to watching this one (I can't bear Salman Khan - the only film of his I liked was Andaz Apna Apna, and that wasn't because of him!). But will definitely check out the songs. And those sets look awesome, especially those huge halls with the chandeliers etc... mmm.

Truly horrible was the performance of Sallu. He was just walking through the frame, thats it. also story was 'ghisa-pita'. While our expectations went sky high just by fabulous soundtrack. This is warning for all directors who take Rahman as musician.

@ Ajnabi rightly said, just watch it for the songs mostly

@ dusted off I don't actually mind Salman like most people, i loved him in Maine Pyar Kiya, Hum Aapke..., and he was adorable and funny in Andaz apna apna, those chandeliers are wow indeed, a lot went into the interior designs and production of the film, unfortunately the narrative of the film itself falls flat

@ Darshit lol at 'ghisa pita' i guess that means rubbish, i'm adding that word to my vocabulary ;0)and yes i agree with you A.R Rahman's music often sets one's expectations high

Great music by Rahman but a terrible movie by Ghai. Ghai has totally lost his old-self.

i STILL HAVE SOME FAITH IN THE MAN, HE MIGHT COME BACK WITH A HIT SOMETIME SOON

Ditto Bhargav's comments. I saw it on the big screen and loved the music in the amped up setting, but I basically laughed AT the movie ala Kambakkht Ishq. I did like Anil as a simpleton though, and the evil family members, and when Katrina said something like, "complete anti family man hai!", and the real big white cat (not person/cat but real cat) in Mastam, and the ending....Opps, now it sounds like I liked the movie. :)
All the best!
Sita-ji

Sadlyn I haven't seen this yet but thanks for the reminder!

I love 'Tu muskura' but I don't think I'll ever be able to watch 'Yuvvraaj'. I tried once but had to stop about 10 minutes in because I just found Salman so aggravating! I didn't like him in this at all...

i don't remember her saying it, i'm tempted to rewatch it for that alone.. Lol. and i'm so with you on Salman in this film